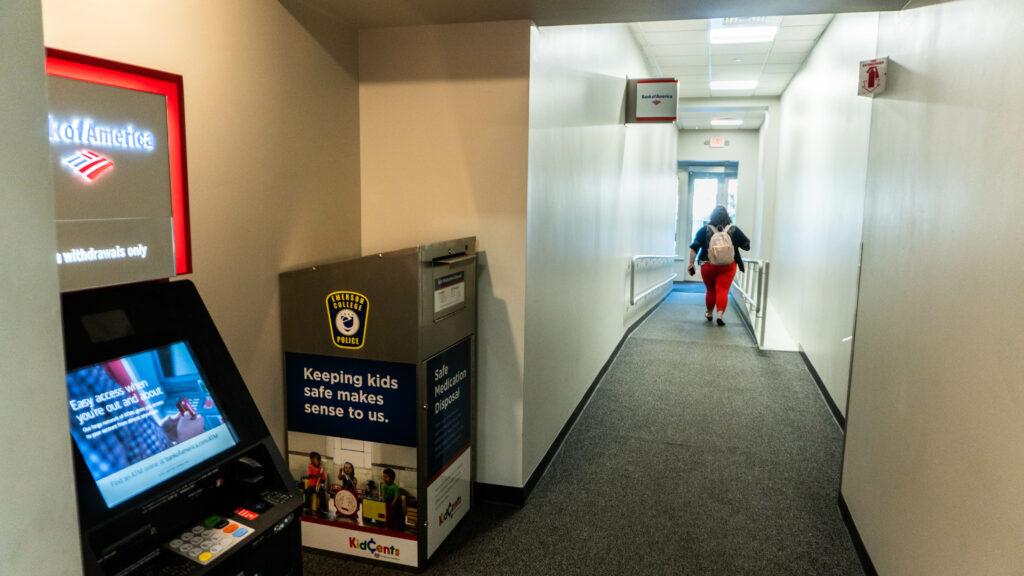 ECPD set up the drop box for students to dispose of prescription or over the counter medications. Jakob Menendez / Beacon Staff

The Emerson College Police Department installed a drop off box during the summer intended for the safe disposal of prescription and over the counter medications.

ECPD Chief Robert Smith said the drop off box was provided by Rite Aid, free of cost. The police department had to apply for a grant in June of this year, which Smith said was relatively easy since Rite Aid is trying to get the drop off boxes out in the community. The box arrived at ECPD in July, approximately two weeks after being approved for the grant.

Despite the simple application process, Emerson is one of only two Boston area colleges to install one of these boxes, the other being the Wentworth College Police Department. Deputy Chief Eric Schiazza stressed that Emerson wanted to make this box accessible for all to use without feeling uncomfortable.

“The box is in the front alcove, near the ATM machine. The box can still be seen, but it is a little more private.” Schiazza said.

Student Government Association Executive President Raz Moayed said she hopes this box has a positive impact on the student body.

“I want students to feel like there is a safe way to dispose of something they’ve overcome,” she said.

Moayed explained that there is a need for this service because it can often be unpleasant to have old prescriptions lying around.

The only fee that comes with the drop off box is the ECPD’s cost of paying the detective and the supervisor for the three to four hours it will take for them to dispose of the contents. ECPD is notified of the location in which the drugs should be dropped off roughly twice per year. Following this notification, they will seal and transport the contents of the box. The ECPD does not take inventory of what is inside the box.

“We are trying to treat this more as a health issue than a criminal issue,” Smith said.