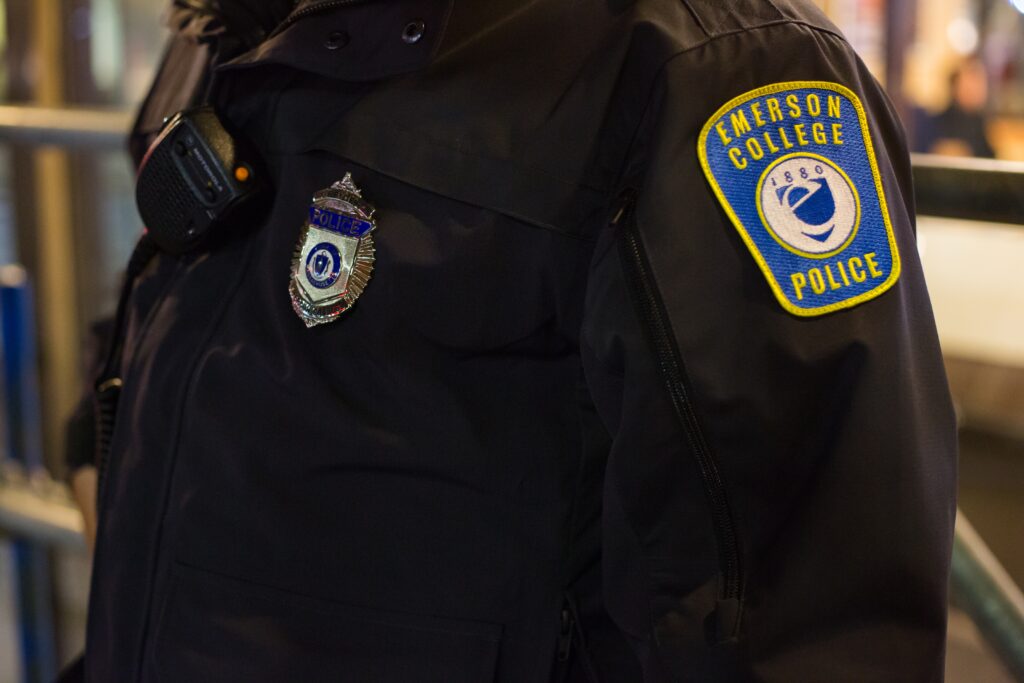 ECPD will look to attract more female candidates. The force currently has only one female officer. Beacon Archives

The Emerson College Police Department plans to increase its gender diversity by expanding advertisement and using the college’s Human Resources Department to attract more people to the force this semester.

ECPD currently has one female officer, Talisha Casmir-Morris, who started working at the college in 2018. The department offered a position to another female candidate during the fall 2019 semester. The candidate turned the offer down.

Casmir-Morris declined to speak to The Beacon.

ECPD receives a much higher volume of male applicants than female applicants, ECPD Chief Robert Smith said. Since the department doesn’t have the time to interview all applicants, they would typically only meet with the most experienced individuals.

“We do want to have more female officers and, when we start interviewing for the anticipated openings, we will interview all of the female applicants that meet the minimum qualifications,” Smith said in an interview.

Smith said women tend to make up between 12 and 14 percent of applicants to law enforcement positions nationwide. In 2017, a Politico article placed the number at 15 percent. As a small college police department competing with other local schools, ECPD receives fewer female applicants than the national average. About 7 to 9 percent of applications to the department come from women, according to Smith.

ECPD posts job listings on several platforms including the Massachusetts Women in Law Enforcement website, which is an organization run by women for women in law enforcement. Smith said ECPD also plans to meet with Emerson’s Human Resources Department to discuss how to attract more female applicants moving forward.

ECPD has more difficulty attracting qualified candidates in general because the college expects on-campus officers to have experience dealing with homeless individuals and drug-related incidents, according to Smith. Applicants also need to be comfortable with computers and technology because most crimes that impact students, such as telephone scams, occur remotely.

“I think in an institution that is majority female, when any student is in crisis, they want to feel comfortable talking to the person who is trying to help them,” Hughes said. “I think our male officers try very, very hard to be compassionate, but I know that our students and some of them will naturally be more comfortable if they could tell their troubles to a female officer.”

Hughes mentioned that, in the 15 years she’s worked at the college, ECPD employed three female officers, including a sergeant.

Hughes and Smith both emphasized that when ECPD offers a position to anyone, regardless of gender, it is because they are the most qualified for that position.

“When we hire female officers, they are the best candidates available,” Smith said. “[Casmir-Morris] was head and shoulders above the other candidates when we hired her, and that’s why we hired her.”

Samantha Ivery, the Social Justice Center’s director for diversity and equity initiative, said the SJC is not involved in the hiring process for ECPD.

“We are available to work with any office or department that asks us with regard to job description development, recruitment, hiring, training, and welcoming,” Ivery said in an interview.