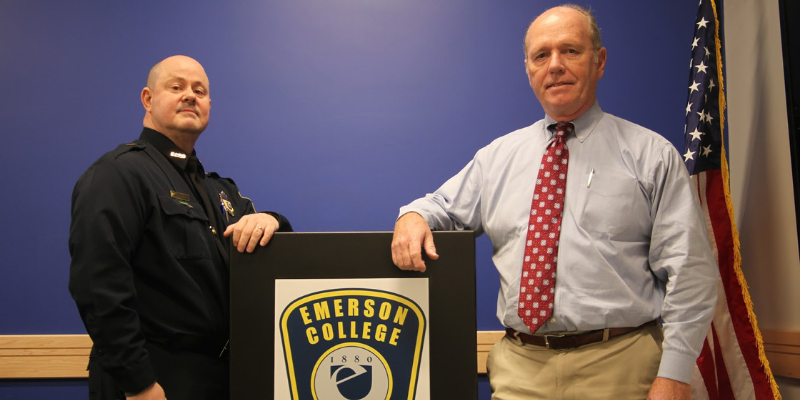 The Emerson College Police Department plans to lock down the college campus and monitor the Little Building for trespassers in the event of a Super Bowl parade this week.

ECPD Chief Robert Smith said he expects a great number of people on Boylston Street during the parade, which will occur only in the wake of a Patriots’ victory.

“Both the Office of Housing and Residence Life staff and Emerson College Police Department will have additional staff on duty both during and after the game on Sunday, and the Boston Police Department will have additional officers on duty on Boston Common and throughout the city,” Smith and Vice President and Dean for Campus Life Jim Hoppe wrote in a Feb. 1 email to the Emerson community.

Smith said he expects the parade to take place on Tuesday or Wednesday, weather permitting. ECPD Deputy Chief Eric Schiazza estimated that the event will start late in the morning and end in the early afternoon, and the duck boats will take about an hour to arrive onto Boylston Street. The parade will likely end in front of Boston’s City Hall, Schiazza said.

“In the event of a parade, the College may cancel select classes to mitigate potential travel and crowd difficulties that might impede entering Emerson buildings during the hours when the parade is expected to pass by our campus,” President M. Lee Pelton wrote in a Feb. 3 email. “All administrative offices will operate as usual.”

Citing his experience from previous Super Bowl parades, Smith said he is not worried about any security hazards—even though some fans may consume alcohol.

“There were people drinking alcohol so that they can get excited during the parade, but nobody was injured,” Smith said in an interview. “The tough thing is trying to move around … We got complaints about it last time.”

Schiazza and Smith gave predictions for the security protocol and crowd size based on previous parades the two worked on.

Smith said the lockdown will require students to tap their ID cards on scanners outside each college building upon entering. The police department will also post signs on every entry indicating that the college does not have public restrooms.

“[The Super Bowl parade] is very well attended,” Smith said. “Especially here, because the duck boats will slow down to make the turn … It will be difficult to move around.”

NFL estimated 1 million people joined in the Super Bowl parade last year. There is no estimation of this year’s parade online.

ECPD will also monitor the Little Building to ensure people do not climb on the scaffolding or fence. The Boston Police Department plans to shut down Boylston and Tremont streets so attendees will not cross the road, Smith said.

“It’s a nice event to watch—just be aware of the surroundings,” Smith said.

Schiazza recommends students watch the parade indoors due to cold weather. According to WHDH, the weather on Tuesday will be 60-38 Fahrenheit, and 40-28 Fahrenheit on Wednesday. The Office of Campus Life did not respond to a request for comment if students could enter classrooms to view the parade.

Smith said the department will receive more information about the parade via Twitter and email announcements if the New England Patriots defeat the Los Angeles Rams on Sunday.