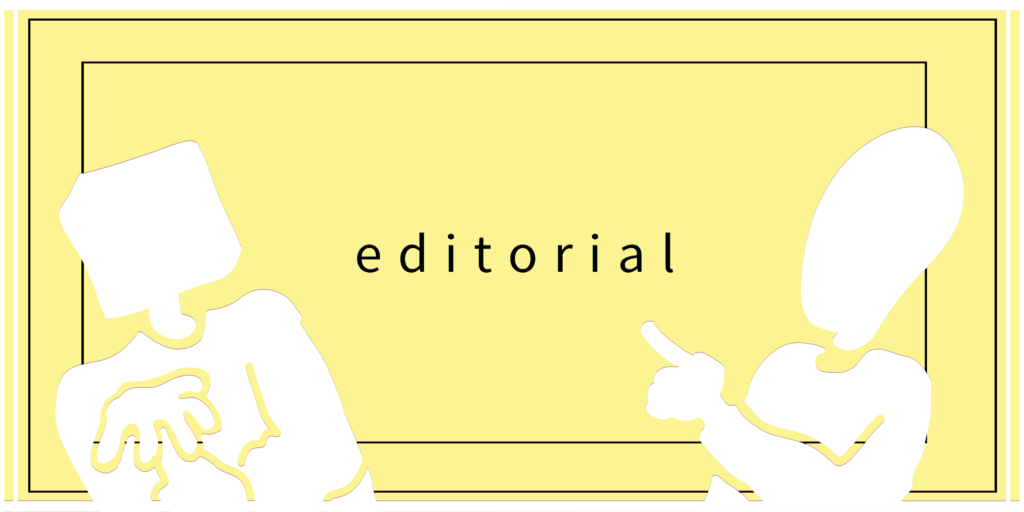 At issue: The corruption behind college acceptances

Our take: Admissions cop-outs undermine the integrity of higher education

The Justice Department accused 50 wealthy parents of buying their children’s acceptance to well-known colleges across the country on Tuesday. Schools involved in the scandal include Yale University, Stanford University, the University of Southern California, and more. Several celebrity parents, prominent business leaders, and top college athletic coaches face charges for their roles in the scheme.

This inherently elitist avenue to secure a spot at a college is not unexpected, but it’s definitely disappointing. People using wealth as a means to advance in American society is not a new trend. This week, we learned—not to our surprise—that Hollywood stars and wealthy elites abused their wealth for kin at the expense of students who actually deserve to go to college.

And those of us who earnestly got into college frankly feel cheated.

An unidentifiable number of hard-working students were duped out of their admission letters because of the 1 percent’s desire to enter their children into high-profile institutions. This further emphasizes society’s idea that not only is attending college necessary, but so is attending a well-known, elite school.

With the money to pay for educational resources, the wealthy have the opportunity to strengthen their child’s chances through illegal admission. They should redirect their money to hire tutors for specific subjects, purchase practice standardized tests, and participate in expensive school clubs and activities. And having the finances to pursue these resources is, in itself, a privilege. Thousands of students do not have the money or time to contribute to these resources. And for many, these resources do not even exist in their neighborhoods or schools. But the wealthy elect to skip these steps altogether and opt for the easy way out—getting into school with money and not intellect.

Colleges should represent the gleaming final destination only for individuals who fought for their right to attend and want to learn more once they arrive. But these students are being ignored to accommodate the stuffed pockets and unfounded desires of the rich.

Ideally, colleges would act as a haven for hopeful intellectuals and young students with academic and occupational ambitions. But this inherent corruption in the college admissions process undermines the sanctity of higher education as a whole. This week’s scandals and the biases in the system that have surfaced many times before completely disregard the ethical and moral high ground the public expects reputed institutions to uphold and teach their students.

But this admissions scandal where the rich ignored the law to guarantee their childrens’ acceptance goes beyond Hollywood starlets’ crimes. These wrongdoings occur often through legal means. Known as “legacy admissions,” colleges consider an applicant’s familial relationship to alumni as a beneficial factor in their admissions decision. Alia Wong’s Atlantic article, titled “Why The College Admissions Scandal Is So Absurd,” said legacy students are admitted at a rate five times higher than non-legacies.

Hefty donations to schools have also been known to have an influence on students’ applications. Wong wrote that “a parent may offer a college a handsome donation (and, sometimes, a namesake building) to boost her child’s admissions prospects.”

While some may argue monetary donations help fund colleges and sustain strong ties to alumni, the fact that legacy ties are even a consideration in a student’s application is suspicious.

Athletic recruitment served as another loophole for parents to give their undeserving students an elite college education. By having fake athletic credentials and pictures, parents can weasel their student’s way into universities despite subpar grades and standardized test scores. According to The Atlantic, Harvard requires athletic recruits to fulfill only four of the six requirements on their academic scale, which allows them to be accepted at a rate of about 70 percent—far higher than the overall acceptance rate of 5.6 percent.

Who knows which two students were bumped off USC’s list so the two daughters of Full House actress Lori Loughlin could parade around in their cardinal and gold sweatshirts? And then had to watch her one daughter, YouTube star Olivia Jade, contemplate the worth of college education on her channel with millions of subscribers watching as she valued partying more than learning.

Higher education institutions are already known for not enrolling racially or economically diverse students, and the recent events only prove that this inequality is more apparent than ever before. It is on university and college administrations worldwide to ensure that inherently corrupt pathways to get into college are blocked for everyone, Hollywood icons included. And the collection of higher education institutions must work to systematically alter the way the wealthy legally capitalize on their privilege to uphold their family members’ reputations and make their way into America’s colleges, an already elite industry.