Editorial: Emerson should do more to address antisemitism on campus 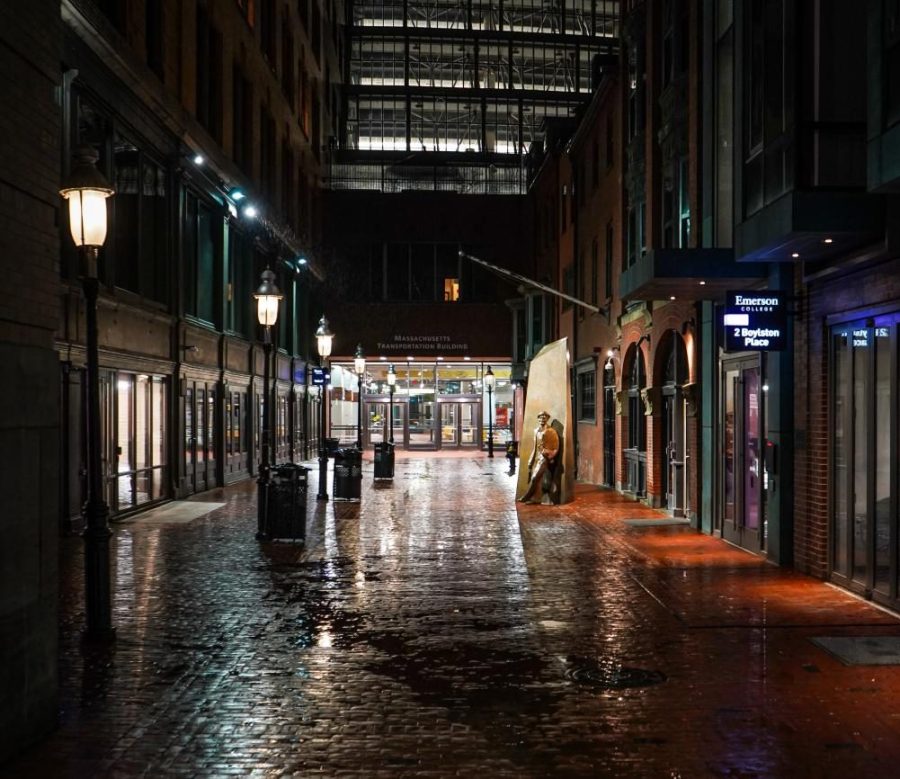 In the wake of yet another attack on Emerson’s Jewish community, it has become clear that the college needs to do more to combat antisemitism on campus.

On Oct. 15, antisemitic graffiti was found on an event poster for Hillel, the College’s Jewish student organization, in an elevator lobby of 2 Boylston Place.

The poster, which advertised a “Yoga with Hillel” event, was defaced with language that “mockingly invoked the Holocaust in relation to Jewish individuals or organizations,” according to a community-wide email from Interim President Bill Gilligan.

Those responsible for the graffiti have yet to be identified.

This incident marks the second time in recent years that antisemitic vandalism has appeared on Emerson grounds. In January 2020, four swastikas were found in a Piano Row stairwell, prompting condemnation from the college but no real action.

“At a time when anti-Semitism and other ugly forms of bias are on the rise around the world, the Emerson community needs to hold all the more strongly to our values and to be united in our condemnation of it,” former president M. Lee Pelton wrote in the email announcing the vandalism.

Once again, the party responsible was never identified.

After the graffiti was publicized on Monday evening, Hillel held a gathering for Jewish students and allies to meet in solidarity. Here many students expressed that the college has not done enough to change the treatment of Jewish students. In order to fight antisemitism on campus, Jewish Emersonians need to be properly represented in administration, and a safe space for reporting such attacks must be established.

The fact that antisemitism reared its ugly head on Emerson’s campus after the 2020 incident means the college hasn’t been aggressive enough in stamping out hate on campus. After all, it remains unclear what exactly came out of administrators’ meetings with Jewish leaders in the wake of the swastika incident. Certainly, the COVID-19 pandemic played a role in delaying this important work but it should be a priority for Emerson.

Students made it clear though that antisemitism at Emerson goes far beyond just those two events.

“[I want to be able to] walk around in my Hillel shirt and not look over my shoulder when I’m walking to Walker [Building],” an anonymous freshman told The Beacon. “I’m so happy that I found Hillel but there are certain days where I’m so scared.”

This is devastating yet unsurprising since one-third of Jewish college students in America have experienced some form of antisemitic hate in the last academic year, according to a survey released by Hillel and the Anti-Defamation League. Not to mention that most students who experienced antisemitic activity on campus don’t report it, suggesting the true number is likely higher, the survey said.

To combat this, Emerson’s administration should encourage students to use some sort of centralized anonymous system like the ADL’s ReportCampusHate.org, to report future attacks.

As a Jewish student, it’s hard to believe that Emerson truly cares about your needs when no Jewish holidays are recognized as days off. Jewish students were faced with a dilemma — take the day off to recognize a critical holiday to their religion and use up one of three allotted absences most classes allow; or not celebrate at all.

Programs such as the Hillel International’s Campus Climate Initiative (CCI), a year-long program that helps assess the campus climate for Jewish students, found that making sure Jewish students are represented is important to combat antisemitism. That work takes on many forms, including offering kosher food in the Dining Center, which it is unclear if Emerson actually does.

Moreover, Emerson should put some effort into offering courses and training on antisemitism to students, faculty, staff, and administration. Hillel and the ADL develop these courses to not only address the history of antisemitism but understand how and why it manifests on campuses today.

Emerson’s handling of the recent events with Turning Point on campus also raises some red flags. Turning Point has made clear in the past that they don’t mind antisemitism, specifically through their interactions with social media personality Bryan Sharpe.

Sharpe has famously made antisemitic remarks, including claims that the term “holocaust-denier” was “created to hide the truth.” He has also previously said that Jewish people are responsible for destroying the Black community.

Despite these comments, Turning Point, and Charlie Kirk, continued to have a working relationship with Sharpe. In 2018, they did ban him from an event, but TPUSA Director of Urban Engagement Brandon Tatum explained that it was only because of the optics in the media and that no one at the actual organization had a problem with him.

Emerson allowing Turning Point to operate on campus despite its apparent antisemitism is another slap in the face to Jewish students.

With the work the college is doing to address other inequities on campuses such as racism and accessibility; doing more to support Jewish students should be a priority too.