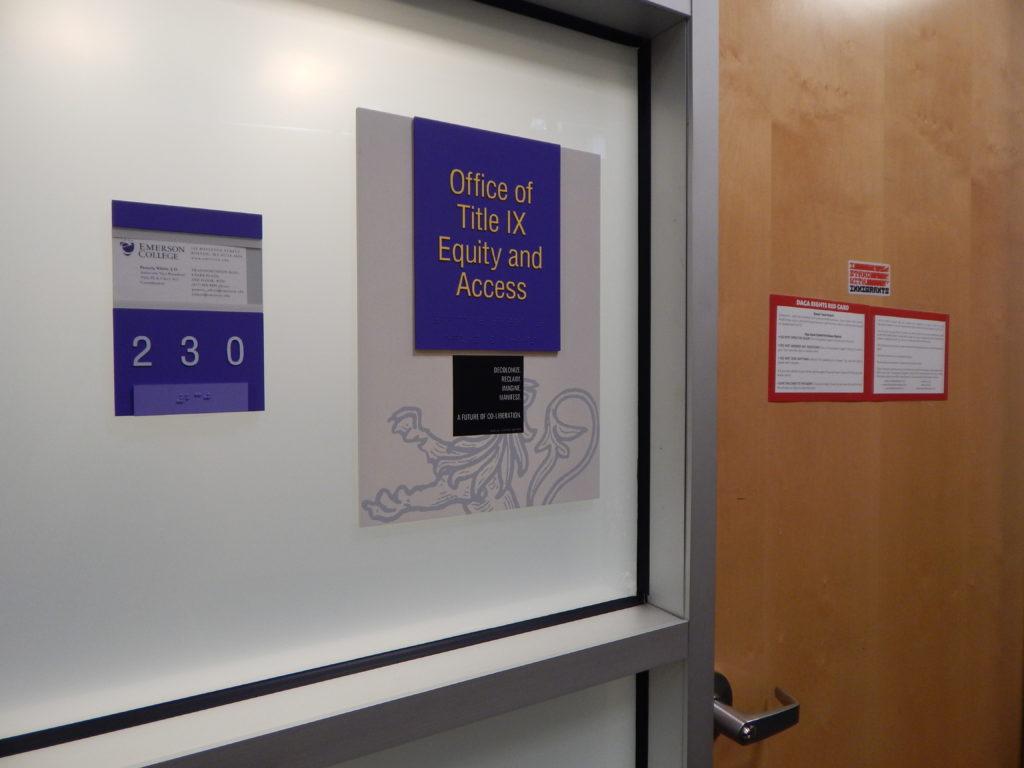 Emerson College has a long, complicated—and, at times, bleak—history with incidents of sexual misconduct and Title IX, the federal civil rights law that regulates gender-based discrimination and harassment in universities across the country.

In 2013, two students filed a federal complaint against the college and its policies with the Federal Office of Civil Rights. This was followed by multiple reports on Emerson’s shortcomings, prolonged unoccupied positions in the Title IX office, and continued protests from student activists.

These tensions reached their peak in April when an anonymous group posted a list of alleged abusers on the Little Building scaffolding.

Now the college is in the process of reviewing its sexual misconduct policy, but will not implement any revisions until the U.S. Department of Education issues its final regulations for federal Title IX guidance. In 2016, the administration began reviewing the sexual misconduct policy, and recommended changes were sent to the College Policy Review Committee in July 2018, where they are now pending approval. All the while, the Federal Office of Civil Rights continues its backlogged investigation into the 2013 complaint.

As the semester kicks into full gear and students’ time is overtaken with classes, extracurriculars, and social activities, it will be easy for the sense of urgency surrounding Title IX and its shortcomings to fade. But the movement for progress and increased transparency within the Title IX office shouldn’t stall in the new year.

On Sept. 3, Presidential Communications sent out a campus-wide email announcing the new formation of a Title IX oversight committee. The group consists of five students, three staff members, four faculty members, and four other members serving as part-time advisers, all appointed by the school, according to the email.

The group will review the College’s procedure for handling interpersonal “sexual misconduct” incidents among students. The current procedure was revised and adopted five years ago. But the committee will not be involved in the decision-making of any Title IX cases. The appointed committee will also examine the implications and motivations behind the string of incidents that occurred at the end of the spring 2019 semester.

When we become overwhelmed with the realities of college, students might be tempted to pass the baton of responsibility and activism entirely to the Title IX oversight committee. And as productive as the group may be in the upcoming future, that does not mean we should abandon our continued activism and reporting.

The student body should continue talking about this issue—in classes, in campus spaces, and with their peers—thereby keeping it at the forefront of both the campus and national conversation. Even more importantly, students should closely follow the actions of the administration and oversight committee, ensuring that their work ignites impactful and relevant change. Without the watchful eye of students, it will be impossible to ensure any changes the committee makes are more than superficial.

Even with students’ unrelenting scrutiny of Title IX proceedings, it is likely that Emerson’s revision of its sexual misconduct policies will still take some time. But student voices will continue to be vital in times like this. Only then can the student body ensure the school creates equitable and fair Title IX policies and processes.