Editorial: The Berkeley Beacon endorses Pelton for President of the United States 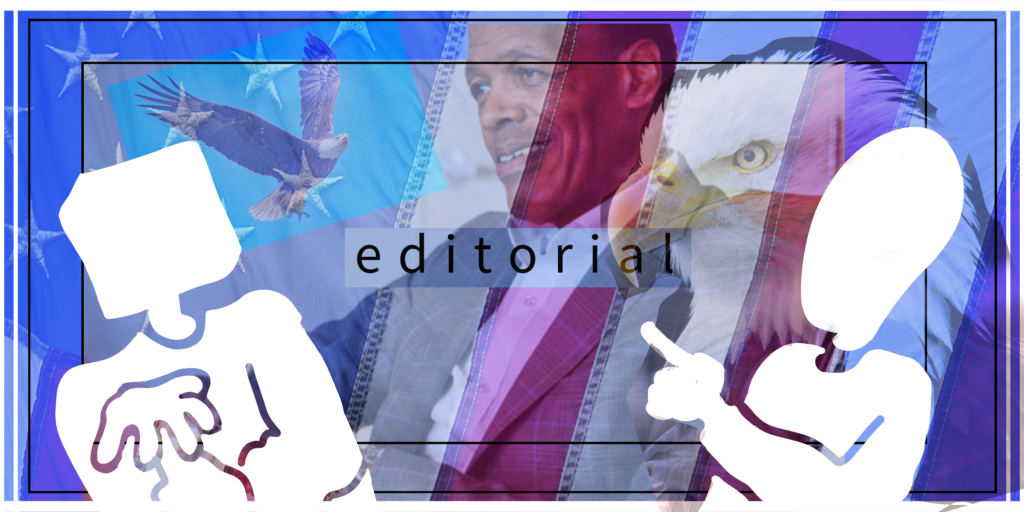 President M. Lee Pelton officially announced his candidacy for president of the United States today, April 1, 2019. With over a year and a half to go until the 2020 election, the editorial board of The Berkeley Beacon would like to announce our endorsement of Pelton’s presidential campaign. We believe his experience as president of Emerson College aligns with the responsibilities and duties of a POTUS.

As a college president, Pelton consistently shows a knack for leading a group of people in unity. He has mastered the art of acquiring real estate and expanding the college, which could easily translate into investments to benefit the U.S. economy. The president of the United States must also foster diplomatic relationships with foreign nations. Pelton helped launch the Global Pathways programs to encourage and invite collaboration from other colleges and universities in countries outside of the U.S.

Today, I am announcing my candidacy for President of the United States because: 1. If elected, I will be the second U.S. President to hold a doctorate and the first with expertise in both English and American poetry and the only candidate who will be able to quote Whitman and Wordsworth from memory. 2. I seek to advance a historic social cause, namely to set the Guinness World Record for most presidential candidates in U.S. History. 3. Because it is an important holiday. #Pelton2020 #poetryispower

Pelton also has experience in controlling defense units by overseeing the Emerson College Police Department. This shows his dedication to the safety of the American people, but the Emerson community also finds him approachable and down to earth for someone of his stature. He regularly posts pictures on his personal Instagram account of himself having dinner with students and attending basketball games.

His best strength is in economics and finance. The college just announced a 4 percent tuition increase last week so it can allocate more funds to financial aid, new faculty positions, and additional courses and minors.

And unlike our current president who attacks the free press in frequent Twitter outbursts, Pelton deeply regards and respects journalists’ work. Serving as president at one of the top undergraduate journalism schools in the nation, Pelton loves the press so much that he created his own news publication, Emerson Today, and debuted a public relations degree. Without the dedicated writers and editors of Emerson Today, students would have no source to learn about important issues such as campus news and events.

We believe that Pelton could bring diversity, leadership, and positivity to the American people, which is why we endorse him in his bid for president of the United States. #Pelton2020 #AprilFools.