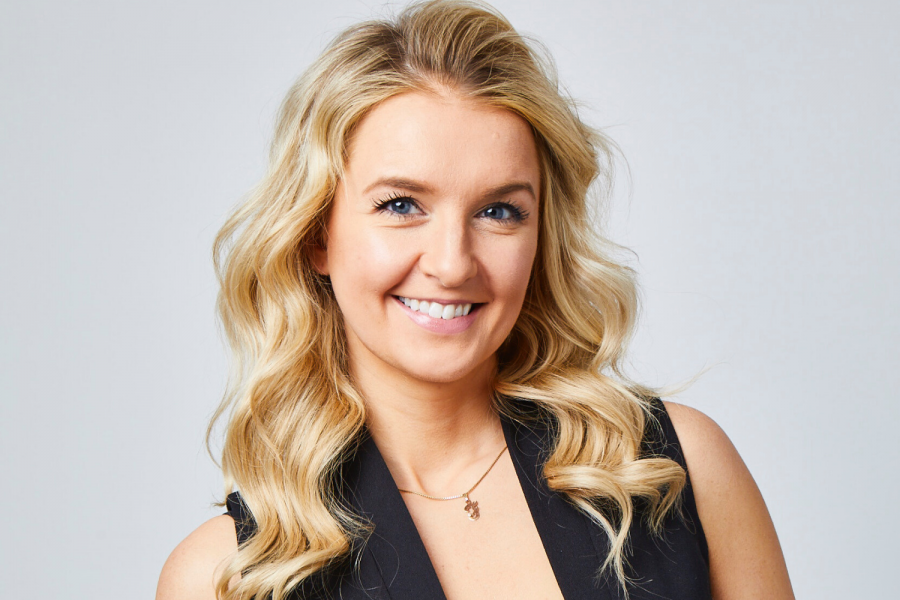 As a teenager, Faye Brennan ‘09 ripped pages out of magazines and rearranged them into collages. Once done, she plastered her collages on her wallpaper to continuously remind herself of her end-goal to write for a magazine.

In Jan. 2017, Brennan started working at Cosmopolitan as the Sex & Relationships Director. Her responsibilities include overseeing all content concerning love, dating, and relationships for both the print magazine and the website. Brennan also works with a team of four editors. She plans and implements events and branded content within the magazine’s sex and relationships section.

“Leading the sex and relationships content for the number one brand in that space in the entire country and arguably on the entire planet is a huge responsibility and a great accomplishment,” Brennan said in a phone interview from New York. “When I step back and think about it, I am extremely proud and extremely fortunate and lucky.”

In 2007, Brennan co-founded Em Magazine with Andrea Martucci ‘08 after spending a semester at Kasteel Well and realizing she wanted to work for a lifestyle magazine. Due to a lack of lifestyle magazines on-campus at the time, Brennan and Martucci created their own.

After graduating from Emerson in 2009 with a degree in writing, literature, and publishing, Brennan interned at Women Working, a website about women’s professional careers, where she published clips for her portfolio and gained more experience in magazine writing.

After her time at Women Working, Brennan spent two years from 2009 to 2011, as an editor at a now inactive website Betty Confidential. There, Brennan discovered her passion for reporting on sex and relationships.

“I think I was only one of the few editors to raise my hand at the time and I was like, ‘Yeah, sure. I’ll write about dating,’’’ Brennan said. “I think it’s fine if I’m trying to date in my personal life and [if] I can help somebody else along that journey, I might as well.”

Brennan left YourTango in 2011 and started working at Women’s Health Magazine, where she served as an associate editor for the print magazine. She became a senior editor and spent the next four years working on the sex and relationships print section until leaving the magazine in 2016.

“Before I left Women’s Health, I actually applied for a job at [Cosmopolitan]. In my eyes, it was the pinnacle of women’s magazines,” Brennan said. “It was what I grew up reading, what all of my friends grew up reading. It felt like the magazine beyond Marie Clare.”

Since she was a teenager, Brennan said she knew she wanted to write for magazines. However, due to the imbalance of literary and lifestyle magazines on campus, Brennan and Martucci created Em Magazine to give themselves and other students the opportunity to write for a magazine about fashion, culture, and the Emerson experience.

“There was not a magazine on campus that students could work for that was most like a lifestyle magazine, and that was the experience I wanted to get,” Martucci said in a phone interview from Beverly, MA. “And I knew other students would both want to experience working for that type of publication and would enjoy the content.”

Due to the lack of funding and volunteer participation, Brennan said Em Magazine originated as a grassroots organization. She said she spent all of her spare time recruiting students in hallways and classes and managing content for future online and print issues.

Kenneth Craig ‘08, a friend of Brennan’s since their first year at Emerson, said that while he never worked with Brennan at Em Magazine, he saw her passion and drive.

“I remember when she started it and what an incredible thing that was and how passionate she was” Craig said in a phone interview from New York. “I remember being so impressed that she launched an entire magazine on her own.”

Martucci said she and Brennan wanted to focus the magazine on the Emerson experience and students’ lives so that it would stand out from other publications on campus.

“I think Emerson is so unique in its culture and its campus and the type of students that come [here] and [their] energy,” Brennan said. “You walk the halls and every single person is working on something and it’s something super impressive and fascinating and creative.

Em Magazine’s first print edition, titled Baring It All, released in 2008. According to Martucci, the edition consisted of a nude photo shoot that showcased students’ vulnerabilities.

“We called it the naked issue,” Brennan said. “It had students who were completely bare, exposing themselves figuratively and literally just to showcase how hard it could be to be a student, especially in the creative arts.”

Brennan said the current publishers of Em Magazine send her new issues every year. While Em Magazine’s content changed in the last decade, she said she loves to see how the magazine has evolved over the years.

“I think the beauty of it is that it has evolved as years have gone by and I think molds itself to the creative talents that are working on it,” Brennan said. “And every single issue reminds me that’s a great thing.”

Correction 2/08/2020: A previous version of this article misspelled Andrea Martucci’s name in the fourth paragraph. This has been corrected.