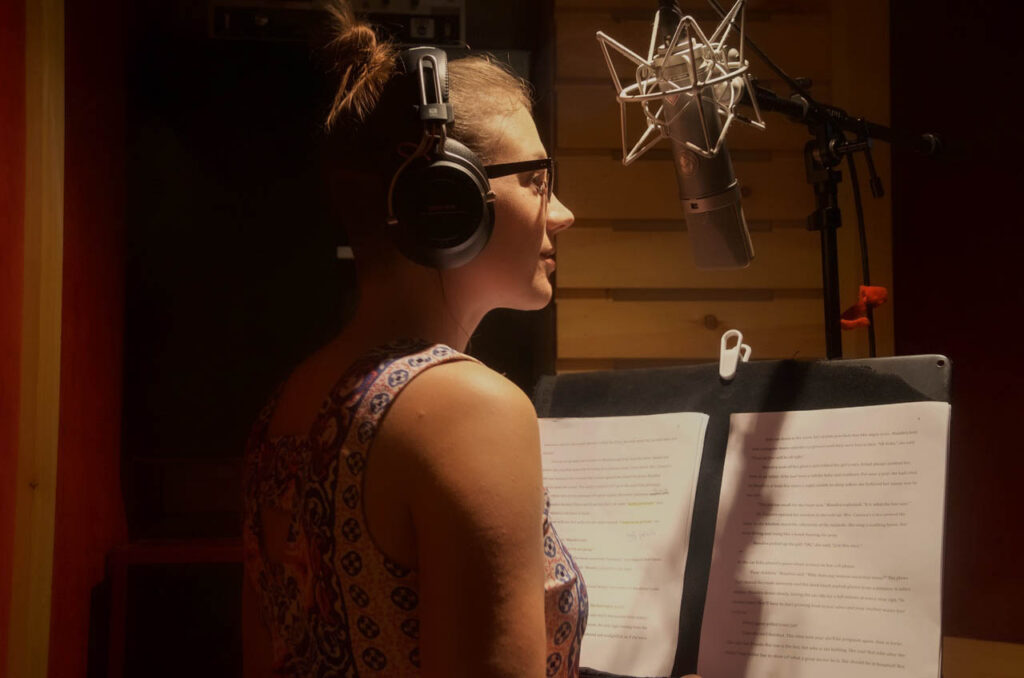 Danielle Monroe '12 created "Republic of Camberville," a fiction podcast based on Somerville and Cambridge. Courtesy of Danielle Monroe.

When listening to children’s podcasts with her two kids, Danielle Monroe ‘12 decided to use a podcast as a new creative medium she could use to promote her writing and acting.

Monroe, a graduate of the masters program in creative writing with an emphasis on fiction, releases her eight-part fiction series, “Republic of Camberville,” on Sept. 25. She wrote, produced, directed, and performed the series herself.

The eight standalone episodes follow a set of diverse characters who live in the town of Camberville—a combination of the cities of Cambridge and Somerville.

The podcast is available on Apple Podcasts, Stitcher, SoundCloud, tuneIn, and Spotify, and each episode is around 15 to 40 minutes long.

Monroe began creating the podcast by looking through pieces she wrote for her creative writing senior thesis. Episode five, “Bombay Princess,” is one of the pieces from her thesis that ended up in “Republic of Camberville.”

“One of the really lovely things about doing this project is that I had these stories that I loved and that just weren’t working, but I was able to revisit some of these works and see them with completely fresh eyes,” Monroe said.

Monroe highlights themes of diversity through the characters and stories of “Republic of Camberville.”

“My husband is from India and we talk a lot about culture and race, and in the Boston literature scene that was something that was always really missing and was something I really wanted to highlight with my work,” Monroe said.

Creating “Republic of Camberville” was Monroe’s first experience with producing a podcast.

“It’s such a huge emerging media form, so many people listen to podcasts and it’s really growing,” Monroe said. “This just seemed like something no one else was doing, and I really wanted to do something like that with my work.”

Voice actor Reshma Mehta, who voiced Mandira in “Bombay Princess,” said she believes the podcast format enhances the audience’s experience, because the tone and emotion can be lost through reading.

“I think that bringing voice to her stories is incredible, because she is going into a deep level bringing forward these subtleties and nuances of immigrants from different walks of life living in the United States, away from what they’re familiar with, in many of her stories,” Mehta said.

Voice actor Shahjehan Khan—featured in two episodes, “Salsaholico” and “What’s to Come”—found out about “Republic of Camberville” through an audition website called Backstage.

“The podcast is a unique approach,” Khan said. “[Monroe] has thought carefully about the characters, and I’m excited to see how the rest of the series turns out.”

Monroe funded “Republic of Camberville” on her own through working various side jobs and taking from her savings. Monroe said each episode costs around $400-$600 to produce.

“All of the actors were paid,” Monroe said. “It was very important to me that I spent money supporting other local artists—almost all actors were from the Somerville and Cambridge area.”

Monroe not only wrote, produced, and performed “Republic of Camberville”— she also edited and mixed the podcast herself in addition to playing the clave, a musical instrument.

“In ‘Salsaholico’ it was completely me mixing it and finding the music,” Monroe said. “There’s three salsa songs, and two of them have a clave, but the actual song didn’t, so it’s actually me playing the clave and mixing it into the song.”

After the debut of “Republic of Camberville,” Monroe will host a reading and performance of the podcast at the FULLer CUP cafe and attend the only podcast festival dedicated to fiction in the U.S., Podtales.

“I have never done anything like this before, so this will be a really big experiment,” Monroe said. “It’s gone really well and I hope to continue to do it.”