Emerson alumni and Trustee remembered for his public relations legacy 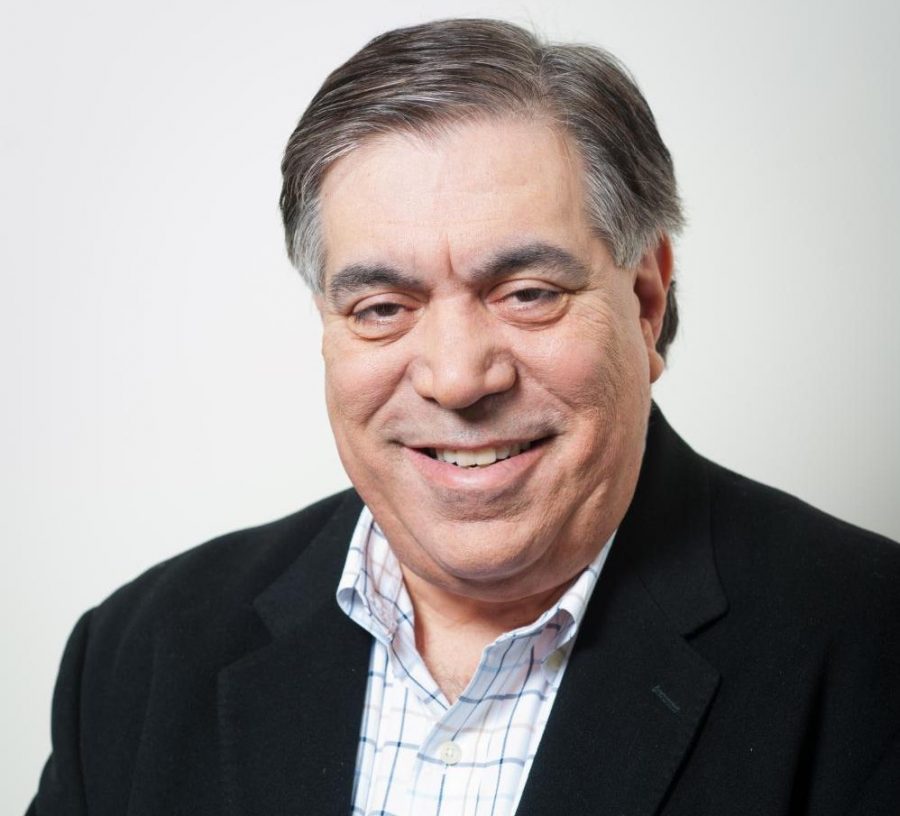 “He contributed tremendously to both the Emerson and the Boston community in general," Sandra Goldfarb said.

Chairman and CEO Larry Rasky ‘78 managed Rasky Partners by walking around instead of staying in his office, his colleague Sandra Goldfarb explained. She said she’ll miss their funny and lively conversations whenever he roamed the firm, stopping by everyone’s offices to check in.

“My first impression is the one that I still have,” she said in a phone interview from Boston. “Very smart, thoughtful, was able to translate complex ideas to people and organize people around a sheer cause for a mission.”

Goldfarb is senior vice president of Rasky Partners which Emerson alumni and Trustee Rasky founded over 30 years ago. Rasky, 69, died on March 22 in his Quincy home, the cause of death unknown at the time. Less than a week later, his son, Will Rasky, confirmed in a statement that Rasky had tested positive for COVID-19 along with preexisting health conditions.

Rasky is survived by his wife Carolyn and son Will. He leaves behind a legacy of political achievements and valuable contributions to the Emerson and Boston community.

Rasky graduated from Emerson with a communications degree and went on to become a nationally renowned campaign consultant working for John Kerry, former Boston Mayor Ray Flynn, and for both of former U.S. Vice President Joe Biden’s previous presidential bids in 1988 and 2008. Rasky most recently formed a pro-Biden super PAC, Unite the Country, where he served as treasurer.

Rasky first entered politics while at Emerson when he worked as a security guard at the Massachusetts campaign headquarters for former President Jimmy Carter’s presidential reelection bid as well as Joseph Timilty’s third run for Boston mayor, according to Politico.

Goldfarb, vice chair of Emerson’s Board of Advisors, got to know Rasky when she was president of the Alumni Board of Directors and he was on the Board of Trustees. In 2009, Goldfarb thought of joining a public relations firm and asked Rasky for his thoughts and advice.

After an assessment of her options, Rasky suggested Goldfarb think about joining Rasky Partners—an independent public relations and public affairs firm with offices in Washington D.C. and Boston that offers counsel to companies and nonprofits.

“I learned a lot from working with Larry over the years,” Goldfarb said. “I learned what priorities were, the value of engaging with your team and your clients.”

Goldfarb said their clients tend to think of the firm as an extension of their own organization. She said the firm has learned the importance of understanding clients—their goals and objectives—and maintaining a sense of humor from Rasky.

“He tried to not take himself too seriously,” Goldfarb said. “He took the business seriously, but not himself.”

Rasky was also active in supporting a list of non-profits around the Boston area, Goldfarb said. Besides offering his expertise and counsel to organizations, Rasky helped with fundraising.

“He contributed tremendously to both the Emerson and the Boston community in general,” Goldfarb said. “He was very involved, shared his time, his expertise, his contacts.”

Goldfarb said Rasky was always happy to speak with students or visit Emerson classes. She recalled that the firm had hosted several events for the college in their office, which, being on Franklin Street, is a short walk from the Boston campus.

Board of Trustees Chairman Jeff Greenhawt, a long-time friend of Rasky’s, said that Rasky was very appreciative of his time at Emerson. Rasky tried to look out for the college in areas that he could offer representation in, and he was generous with his time and use of contacts on a pro bono basis, Greenhawt added.

“He had this breadth of understanding and knowledge of what was going on that would affect or interest Emerson, and he was a great resource like that,” Greenhawt said in a phone interview from Boca Raton, Florida.

When Rasky spoke at board meetings, Greenhawt said, he had a skillful way of laying out an issue or a point he wanted to get across, that was understandable, succinct, and to the point. Greenhawt said people respected what Rasky had to say—partially because of his success in his field—and would take what he said to heart and give it serious consideration.

“He had a very distinct voice, cadence, and tone,” Greenhawt said. “So he stood out when he spoke.”

Rasky and his wife, Carolyn, would see Greenhawt and his wife, Jan Greenhawt, socially throughout the year, as both couples had housing in Boston and the Boca Raton, Florida area.

Over a month ago, Rasky met Greenhawt for lunch while in Florida—just the two of them this time—to discuss politics and catch up. Greenhawt said Rasky was not only a talented storyteller and joker, but also a dedicated listener.

“His interests went from politics to the Grateful Dead,” Greenhawt said. “He was really a bit of a renaissance man like that.”

Goldfarb recalled Rasky’s deep love for music and said he liked to listen to a variety of artists and genres. He once went through his extensive music library on his phone with Goldfarb to show her the number of songs he had.

Goldfarb said she last spoke with Rasky three weeks ago when the public relations firm started working remotely due to the COVID-19 pandemic.

“He called to thank me for working under challenging situations and environment, and to keep engaging with my staff and clients and to keep moving forward,” Goldfarb said. “And I’m not the only one that received this call. That sort of exemplifies how he interacted with our team.”