Emerson announces pick for director of counseling, health, and wellness 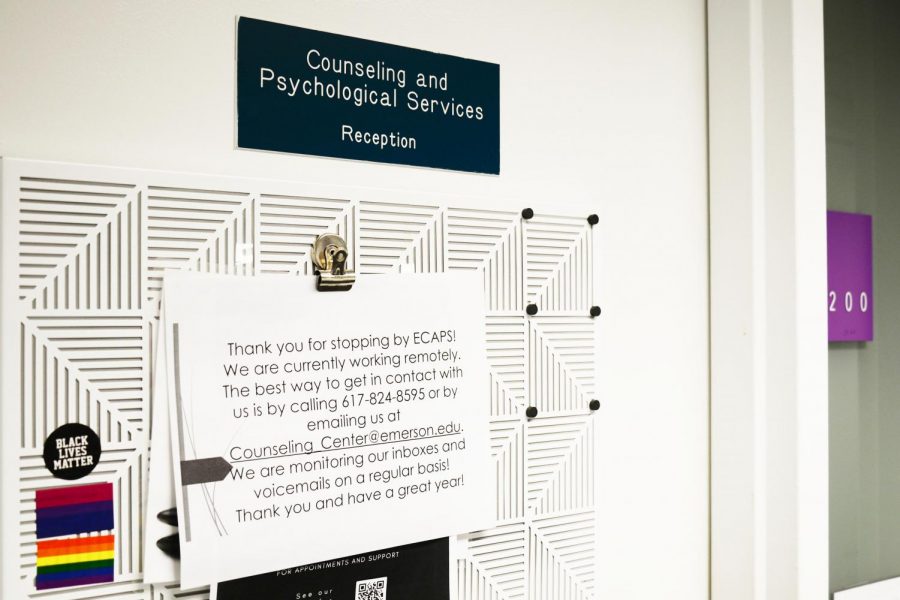 The Emerson Counseling and Psychological Services office in the Union Bank Building.

The college hired Brandin Dear as the new associate dean of campus life and director of counseling, health, and wellness, officials announced in a Friday evening email.

Dear will take the reins of the college’s health services as Emerson plans to merge both physical and mental health into one office. Vice President and Dean for Campus Life Jim Hoppe announced the college’s intent to merge its Center for Health and Wellness with its Counseling and Psychological Services in an email on Oct. 5.

Emerson constructed a search committee for the new position in December, composed of staff members from various departments at the college, faculty, and two students, as well as other college administrators.

In an interview with The Beacon, Hoppe said the college chose Dear because of strong positive feedback from the search committee.

The decision to merge CHW and ECAPS came on the heels of the synchronous retirements of the directors of both offices. Elise Harrison, who headed up ECAPS for eight years, and Jane Powers, who oversaw CHW for 23 years, both decided to step away from the college in fall 2020.

Hoppe said the college had been considering merging the two offices for some time before the retirements of Harrison and Powers presented an opportunity.

“It’s something we’ve talked about for a while, and when both the directors announced their retirements at the same time it gave the opportunity to do it,” Hoppe said in a November interview with The Beacon. “The American College Health Association found that when institutions combine the centers, there is greater care, greater satisfaction, and greater utilization of resources. All those things seemed to point that it was a positive thing to do.”

Dear’s hiring represents the end of the search process but the beginning of the merger itself, Hoppe said.

“We tried to be very involved,” he said. “We had open forums as we were building the position description so even before we even posted it we tried to have opportunities for student feedback.”

Despite the merger not becoming official in practice until after the conclusion of the Spring semester, Hoppe said students will begin to see improvements to health resources in the short term.

“I think there’s gonna be a stronger approach on wellness, I think we’re going to start seeing more coordinated efforts for outreach,” Hoppe said. “I think [Dear’s] going to be another good voice for students and he’s bringing a lot of good ideas and he can help us put together the plans we’ve been thinking about all fall and helps us start implementing them.”

Students will see no change in how they interact with CHW and ECAPS for the time being, nor will the official names of each office change until after the conclusion of the spring semester, Hoppe said.

Dear could not be immediately reached for comment Friday evening.