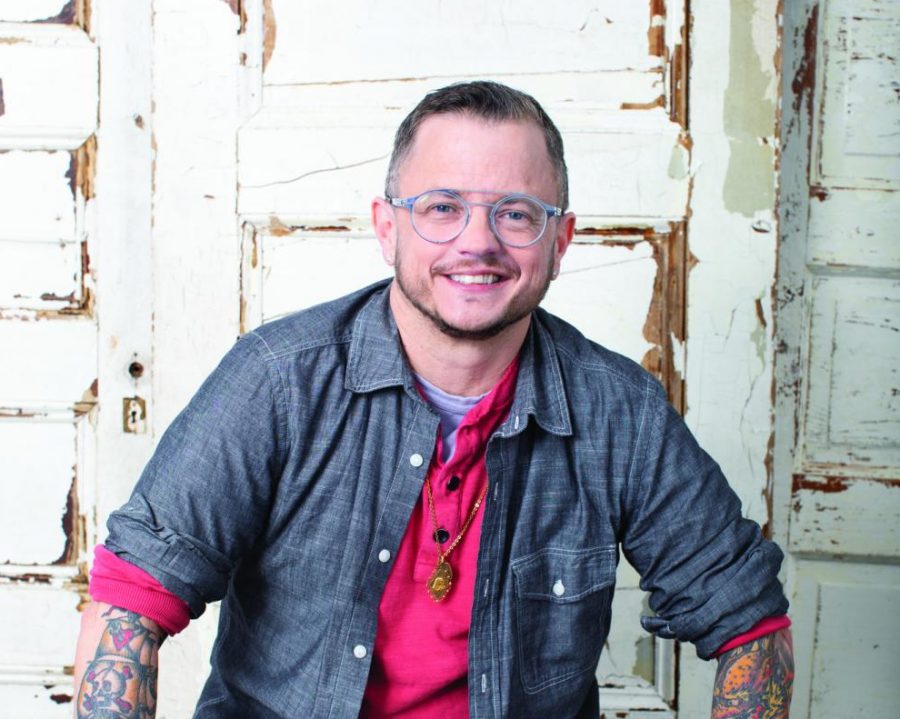 A few months before P. Carl’s fifty-first birthday, just over two years ago, he made the final steps to transition from female to male. Around a year later, in an effort to better understand his own journey, Carl began brainstorming ideas for a book that would document his journey.

Carl’s new book, Becoming a Man: The Story of a Transition, released on Jan. 28, 2020 and tells the story of his transition. The book is currently being adapted into a play by Carl for the American Repertory Theater at Harvard.

“The book moves from cultural to personal to political, and it weaves in and out of different times of my life—it’s not a linear story,” Carl said in a phone interview from Princeton, New Jersey. “I really tried to write a book that anybody could draw things from and so I very much connect this idea of transition of gender to a lot of the social and political conflicts that we are in now. It’s both a cultural and political analysis and a personal journey.”

Carl, an artist-in-residence at Emerson College, also holds the Anschutz Distinguished Fellowship at Princeton University, where he teaches a class he created on confronting narratives of white masculinity. The topics discussed in the class are also present in his book.

The memoir also touches on questions surrounding the current political climate in the U.S. Carl said one of his goals for the book is to raise more questions than answers.

“Things are changing now but historically there’s been so few trans narratives, and very few transmasculine narratives,” Carl said. “I was very interested in the questions of becoming a man and also becoming a white man in the era of [Donald Trump] and the #MeToo movement and the implications of that.”

Carl relived the painful experiences of transitioning while going through the process of editing his work. Carl said the process taught him a lot about allowing himself to sink into the dark and unknown places of his mind.

“The challenge with this book is that it’s very open and honest and I think that it’s painful to go in and out of it, and when you’re writing a book you go through many stages,” Carl said. “It’s kind of like going back to your most difficult experiences and you kind of have to keep doing it over and over again and that’s one of the challenges of writing a book like this.”

The different emotions Carl encountered while transitioning also took on a new form as he discovered new layers to his experiences.

“I think for me writing is learning,” Carl said. “Sometimes you think you understand an emotional situation and then when you start writing about it, it becomes more complex.”

Carl said he is a few drafts into his play adaptation with no set timeline for when the project will be ready.

At Emerson, Carl teaches courses in various departments, including a class called contemporary play adaptation, where students learn about how to adapt books into plays.

“Last semester I took his contemporary play adaptation,” Senior Jenna Glazier said. “That class was especially focused on the writing of his book and the adaptation of his book to play. We all got pre-published copies of it at the beginning of the semester which was really exciting.”

Glazier read and discussed the book in class before it was officially released to the public. Glazier said students experienced first-hand the passion he had for the story and followed his process of writing the book and adapting it into a play.

“Because I know [P.Carl] it was really easy for me to hear his voice in the book which I really liked,” Glazier said. “I think that even if you don’t know him his voice is very distinct, he’s a very theoretical and cerebral person and I think that comes through in the book. The magic of [P. Carl] is that he makes all those things very approachable and understandable.”

Sylvia Spears, vice president for Diversity and Inclusion and Carl’s long-time coworker was excited to get to know Carl’s past through the vulnerable retailing in his book.

“When I read the book I found it to be, as I describe it, painfully beautiful,” Spears said. “Because it gives you such a close-up and really personal sense of [P. Carl’s] experience over time, and some of the pain that was associated with that experience as well as this incredible moment of stepping into who he’s always been.”

The pain in Carl’s words surprised Spears as she read his story. Even after knowing him for roughly six years, she was unaware of many elements of his family life and past experiences.

“It was interesting to realize his sheer resilience in going trough his transition and the discrimination that he faced in the world, but also to see him go through that and now be recognized as an artist, writer, and a teacher,” Spears said. “There’s no other book out there that shares that close-up and personal the nature of the experience of transitioning, and the joy that comes with that.”

The book was released to the general public only one month ago, but Carl is already thrilled with the responses from readers.

“I’ve heard from a lot of people that they’ve been able to connect to it even if it’s not their story, or maybe not even similar to their story, and it’s been a very moving experience to have people have that reaction,” Carl said.