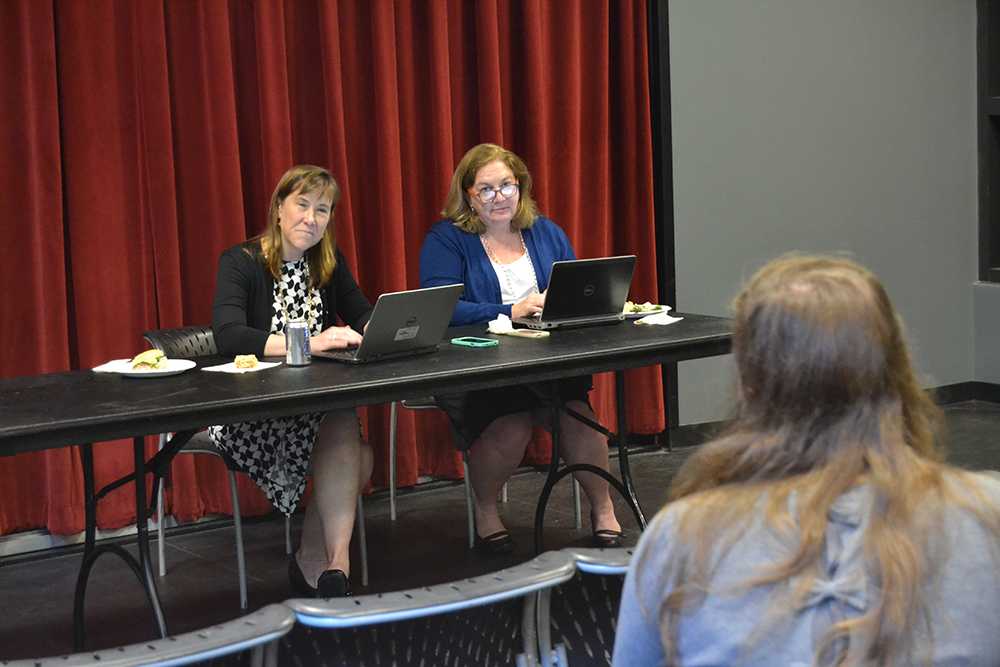 Instead of a traditional Dean of Students, Emerson will soon hire a Vice President and Dean of Campus Life. A forum was held on Wednesday afternoon to get student feedback on the new position.

Five students attended the meeting led by Anne Coyle and Sue May of Storbeck/Pimentel & Associates,  the firm Emerson has hired to work with the search committee—comprised of students, faculty, staff, and members of the Board of Trustees—on this high-level hire.

Sylvia Spears, vice president for diversity and inclusion and chair of the search committee, said the new position would expand the role of Dean of Students to include all aspects of campus life.

Ronald Ludman, the school’s former Dean of Students, retired in spring 2015 after 37 years at the college. Sharon Duffy now serves as interim dean until the college hires a permanent replacement under the new title.

Spears described the more holistic approach as a new trend in higher education.

“[In these modern models] the dean provides leadership and pays attention to students’ co-curricular experiences, and works with academic affairs to make sure that there’s a seamlessness between students’ academic experiences and their out of classroom experiences,” Spears said.

At the meeting, Coyle and Mae asked students what improvements they hoped to see.

“It’s important that this vice president strives to keep the students in the discussion,” Student Government Association Executive President Emily Solomon said at the event. “We’re very opinionated at this campus. We’re more than happy to say what we think and what we feel.”

In an interview with the Beacon following the meeting, Solomon said she found the group to be effective in gathering information about the new position.

Though there were only five students at the meeting, Solomon said she understood why students were unable to attend.

“Administrators and staff members are trying to get more student outreach, but they keep scheduling things during the day when students have class and a lot of things going on,” Solomon said.

According to Spears, it’s anticipated that President M. Lee Pelton will make a final decision sometime between the end of the semester and the beginning of next semester. Spears said the candidate will likely begin in the summer.

Spears said that both she and Pelton hope that the new vice president and dean of campus life will demonstrate leadership and build a rapport with students.

“[This new title] both acknowledges the breadth and importance of student life and student affairs as a functional area within the college and lifts up the position,” Spears said, “so that it has equal status with other vice presidents on campus.”

Managing Editor Hunter Harris and News Editor Laura King contributed to the reporting of this article.