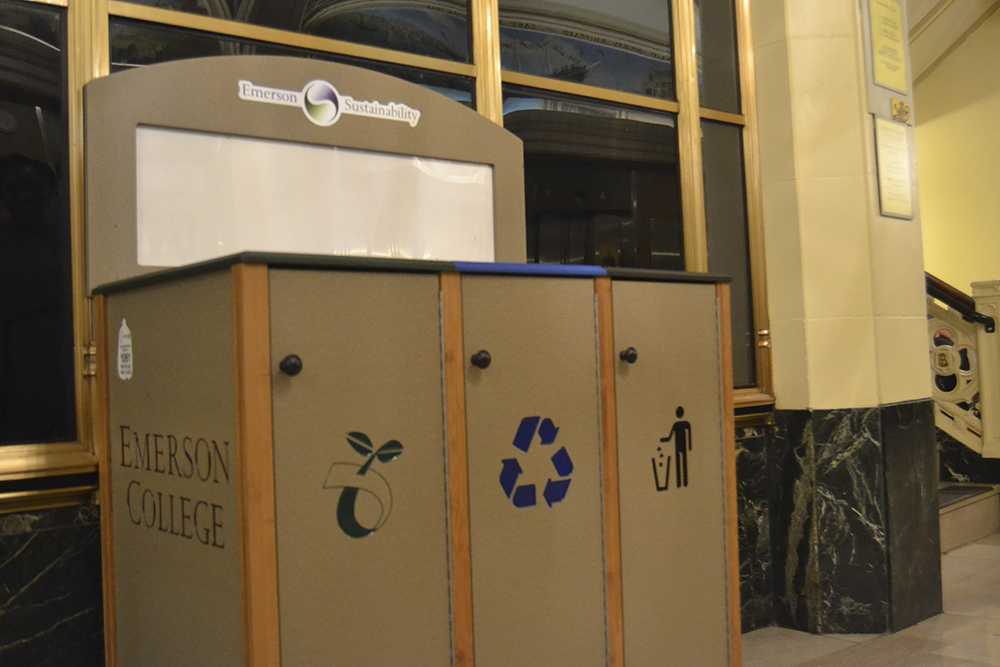 Emerson’s sustainability program got an update this year that will make it simpler for the college to be environmentally friendly, according to Jay Phillips, the associate vice president for facilities and campus services.

All recyclables can now to be tossed in the same receptacle, a strategy known in the industry as single-stream recycling. Before Oct. 1, different recyclable materials like paper and plastic had to be deposited in separate bins on campus.

Phillips said students are more likely to recycle when they don’t have to sort their items.

The opportunity to switch to single-stream recycling emerged when Emerson began using the company Save That Stuff as a waste hauler earlier this year, according to Phillips. Emerson consolidated its recycling, waste, and compost management into the one vendor, Phillips said.

“We’ve had problems year after year with people sorting things wrong because of the lack of education on recycling,” said Emma Friend, a junior political communication major, Earth Emerson member and the Sustainability Commissioner for Emerson’s Student Government Association.

GRITS can also monitor a special donor-based fund for sustainability projects. Phillips said Emerson does not have a fund like this currently, but plans for one are in development, and the school already has many donors that are focused on environmental issues.

Emerson still uses the GRITS system to track sustainability projects that are already in place and compare the data with other institutions using GRITS, according to Phillips.

As of Oct. 1, institutions in Massachusetts that create more than one ton of food waste per week are banned from sending trash to landfills that otherwise could have been composted. This law was originally supposed to go into effect in July, according to the Boston Globe, but was postponed to give establishments more time to prepare.

Phillips said that Emerson checked with city and state officials and determined that with its existing compost efforts, the college would not have to change anything. Phillips said Emerson’s introduction of single-stream recycling on the same day was coincidental.

He said the city of Boston wants to use Emerson’s compost system as a model for other institutions.

When Phillips came to Emerson three years ago, after having worked for 22 years with Harvard’s sustainability programs, he created the position of Sustainability Coordinator. This role was filled by Emerson alumnus Eric Van Vlandren, who could not be reached for comment due to personal reasons, Phillips said.

“Having a full-time commitment to coordinating sustainability was a major opportunity for Emerson to move forward very quickly,” said Phillips.