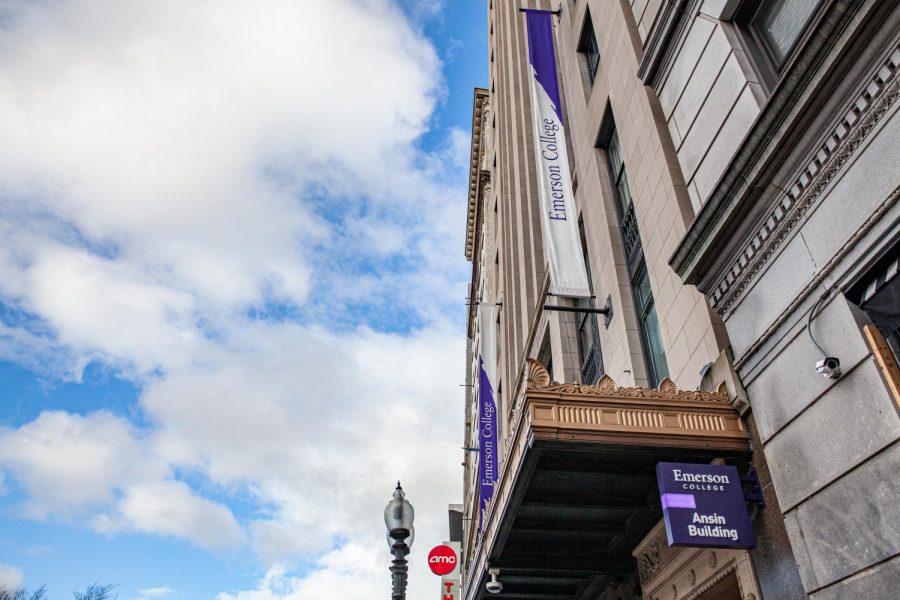 Most Emerson students reap the benefits of private education in the heart of Boston for a good four years. But it’s one thing to temporarily occupy space and another to come in and occupy so much that it completely changes the surrounding community. According to the Urban Displacement Project, Gentrification is the practice of wealthier newcomers who move into working-class neighborhoods and change them at the expense of current residents.

The National Low Income Housing Coalition notes that with this comes changes like new business in order to cater to the new residents. Landlords increase the rent while real estate agents pressure original tenants to sell. Soon the neighborhood is almost unrecognizable. Emerson is no different and is in fact a driving force to massive gentrification to different communities around them.

Amongst Emerson College’s most impressive display of gentrification would be the entirety of the Theater District. Although the process has been running since the 70s and has had other institutions, such as Suffolk University, also redeveloping theaters and other buildings, Emerson transformed the historic district. Many of the buildings and businesses that have been demolished and remodeled in the area have become a part of the domino effect of neighboring districts such as Chinatown.

When the 95-year-old Gaiety Theatre at 659-665 Washington St was plucked by the Boston Landmark Commission in 2005, Sherry Hao executive director of the Campaign Protect Chinatown said, “I believe that, in the long term, it will have negative impacts on the existing community.”

She also added that “Chinatown is shrinking and will be for high-income yuppies,” which is exactly what is happening.

Chinatown is located in what is now a very gentrified financial district and a lot of this is due to students, who are considered to be a massive gentrifying force. A 2018 report by real estate listing service RENTCafé shows how private universities expanding into urban areas displaces longtime and low-income residents.

Private investment in a neighborhood with amenities attracts a higher-income customer base. This mobility of a young, college-educated gentrifying demographic begins to shape neighborhood change most significantly. Most notably, rising rent prices. We can see that since average rent across the nation has been rising, the fastest rent growth in gentrifying neighborhoods.

On Feb 22, 2018, Maya Gacina wrote in an article published by the Beacon that “Emerson does not play a part in the preservation of the neighborhood’s quickly eroding borders.”

Referring to the fact that institutions such as ours are a huge reason for the erasure of both the cultural and the physical landscape of its surrounding neighborhoods. According to Boston Real Estate Times, today, 80% of residents in Chinatown report housing insecurity. Displacement for the Asian community has been so severe over the past 10 years that the Asian population has been reduced to less than half of Chinatown’s residents.

Obviously, in a pandemic, it’s hard to point fingers at who’s to blame for the fall of businesses that have been part of these communities for years, but gentrification places the vulnerable at a higher risk. Take Maria’s Taqueria for example; what used to be a go-to spot for Emerson students has suffered tremendous loss during this pandemic.

But one of its biggest hits came from El Jefe’s Taqueria. Emerson signed a ten-year lease with the chain, which also has locations in Cambridge and Bethlehem, PA, for restaurant space in the Little Building last January.

Sadly, Maria’s is not alone in their struggle to keep up with the competition. In 2017, another Beacon article discussed the influx of students from Emerson and elsewhere that has led community members to voice concerns about gentrification. Because of its proximity and easy access to campus, East Boston is the second most popular neighborhood for Emerson off-campus and transfer students.

For years now, East Boston has seen a dramatic change in its demographic. With that generations of people who have resided there for years have been forced to move out, according to Boston University Radio (WBUR), due to exaggerated rent and make way for college students or graduates willing to pay these fees.

East Boston has been welcoming new residents for quite some time. From Irish and Canadian immigrants during the 1800s, Russian and Italian in the early 1900s, and Latin American and Asian populations during the second half of the 20th century.

However, the current wave felt in Eastie doesn’t just constitute people coming in, but many being pushed out. Residents who have been living in the area for more than 10 years are paying exorbitant amounts of rent at levels that are just not sustainable for 20-30 years.

A 2013 study by the Federal Reserve Bank of Cleveland shows that as Boston led the country in gentrification that year, 61 percent of areas that could gentrify did. That’s more than three times the rate of America’s 50 largest cities.

GreenRoots, Inc a Community based organization in the greater Boston area has interviewed several East Bound residents who have expressed how many of these “newcomers” are students from universities downtown like Emerson College, Northeastern University, Fisher College, and Suffolk University.

We don’t always realize walking through campus that the history behind these buildings and businesses goes back decades. As individuals, we are not solely responsible for these changes, as gentrification is a slow and steady process but it’s important for us to be aware of what our presence means to the communities that make our college experience unique.