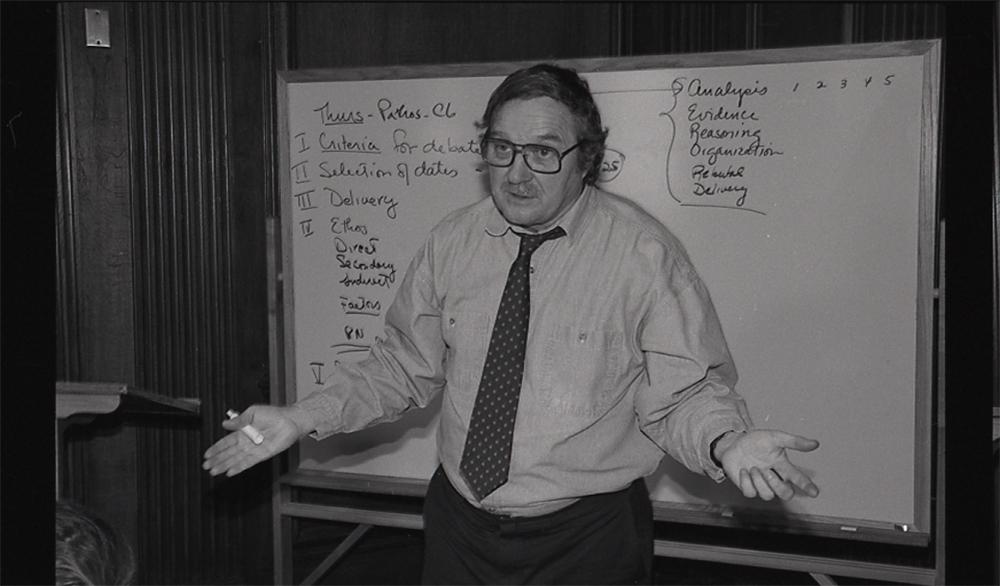 Littlefield retired in 2002 after teaching at the college for more than 35 years, according to Pelton’s email. At the 2004 Commencement ceremony, he was awarded the Professor Emeritus degree.

As a professor in the communication studies department, Littlefield’s specialty was in political and social advocacy. He helped establish the political communication program and took part in the creation of the Communication, Politics, and Law Association, according to Pelton’s email.

“He was an advocate for our Washington and [Los Angeles] programs and supported the college’s expansion globally,” Pelton wrote in the email.

Gregory Payne, associate professor and chair of the communication studies department, said Littlefield always emphasized the importance of critical thinking, a skill he referred to as “crap-detecting.”

“He was my mentor,” Payne said of Littlefield. “When I first came to Emerson, he was someone who took me under his wing … He took the time to work with students as well as young professors.”

Littlefield is survived by his wife, Marci, and his sons, Sean and Scott, in Alexandria, Virginia.

Pelton wrote that the community will be updated on memorial services as they are finalized.