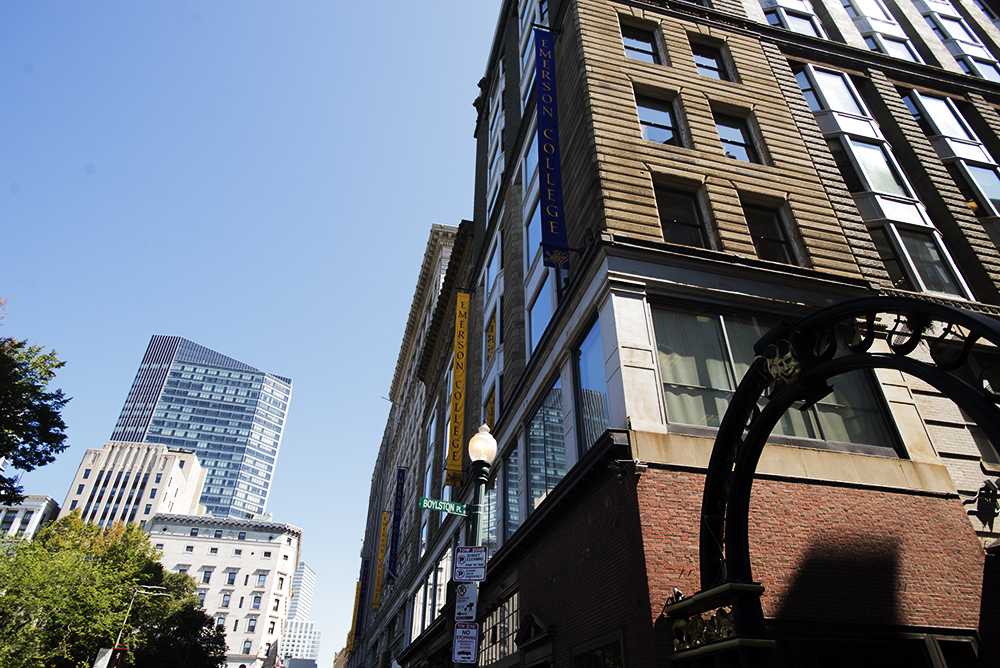 Emerson’s voluntary payments for Boston’s municipal services have fallen short of the requested amount since 2011, according to city data.

But President M. Lee Pelton said what the college does pay is fitting based on the benefits that Emerson has provided to Boston, and because any additional payments to the city would reduce funding for academics.

Emerson is one of many local colleges, hospitals, and other nonprofit institutions involved in the city’s “payment in lieu of tax,” or PILOT, program. Through the city program, institutions with more than $15 million worth of tax-exempt property would be asked to make two payments in a year to be put toward the cost of police, fire protection, snow removal, and other services. In October, the Boston Globe reported that many colleges in Boston have contributed less than the city’s requests.

PILOT payments are voluntary, based on the value of the property that the institution owns.

According to calculations completed by the PILOT task force — a group of college administrators, business owners, hospital workers, and city councilmen — the city has requested $581,696 from Emerson for the 2014 fiscal year. This is to be split into two payments. So far, the college has paid $70,796.

This year is not an outlier: Every year since the program was revised in 2011, Emerson has paid $141,591, notably less than the city requested.

When the city announced the revision three years ago, officials said that instead of negotiating with each institution on an individual basis as they had before, they would request each corporation pay 25 percent of what it would be taxed for its properties if they weren’t exempt.

The city would waive half of this for the immeasurable benefits each institution brought to Boston, referred to as “community benefits,” but the remaining 12.5 percent would lie on the organization’s shoulders, according to the city of Boston website.

This recalculated payment, which is significantly higher for most institutions, was not required the first year after the revisions went into effect — it would increase incrementally over five years. For Emerson, the final amount is $602,609. But despite the higher amount requested, Emerson has paid the same amount each year, $141,591. This was the figure that the college had negotiated with the city before the program’s revision.

“It would be done on the backs of our students,” Pelton said in an interview with the Beacon. “We are highly tuition dependent, so in order to make up that [monetary] shortfall, we would either have to increase tuition or reduce the investment that we now have in our academic mission.”

Pelton said with the revised PILOT program, the city is “looking for more money” and the college feels that $141,519 is an appropriate payment. Pelton said when the college began moving from its original location in Back Bay in 1992 to its current location on the Common—which at the time was a seedy sector called the “Combat Zone”—it greatly benefited the city.

“The school wasn’t properly acknowledged for the amount of influence it had over the downtown area,” said Pelton. “The move alone has produced an enormous financial benefit to the city, for which we believe we are not receiving appropriate credit.”

City Councilor Stephen J. Murphy, who is a member of the task force that recommended the revisions, criticized colleges that failed to pay the full amount in an October interview with the Boston Globe. Fifteen of the 19 area schools in the PILOT program have not provided the city’s requested amount. This year, Northeastern University has contributed nothing to the city’s $2,548,560 request.

“They were all in the room, and they all agreed to this,” Murphy said in an interview with Globe. “You made commitments; you gave your word. Is your word any good?”

Murphy did not return a Beacon request for an interview.

According to the Globe report, Murphy hopes to schedule a meeting with these institutions to help bridge the payment gap.

Pelton said he would be open to these negotiations.

“I would be happy to talk about an increase to our current $141,519,” said Pelton. “But $1.2 million doesn’t take into account the impact that Emerson has had on the city of Boston – particularly in downtown Boston.”