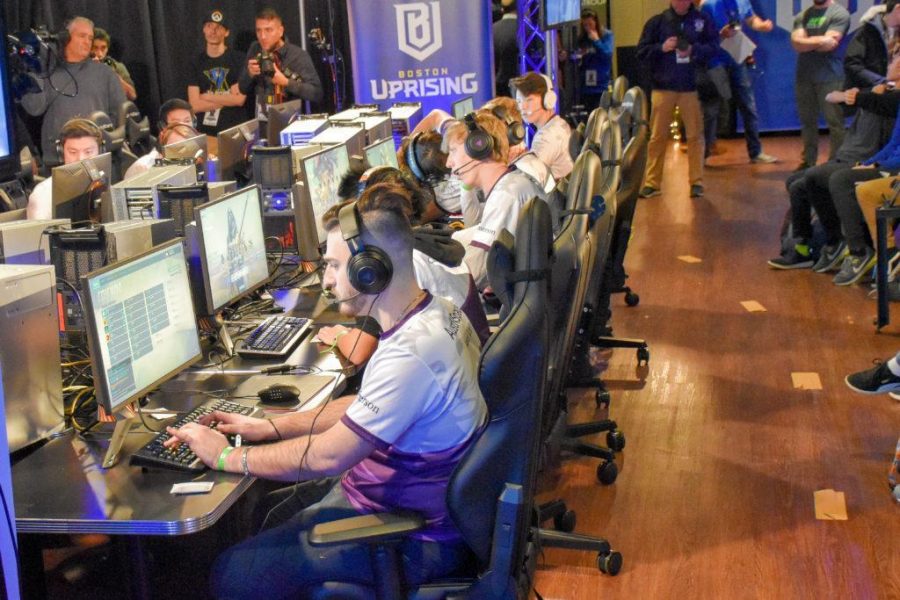 When John Lyons ‘20, a member of one of the college’s competitive “Overwatch” video game teams, learned that his final season of competition was postponed until further notice, he said he was shocked and upset.

After a nearly three month hiatus from the season due to the COVID-19 pandemic, the A and B teams resumed playing “Overwatch”,  a 5-on-5 online first-person shooter and one of the most played competitive games in the world, in the Tespa collegiate league on Sunday, June 7. The A team played Marietta Esports from Marietta College in Ohio and the B team faced off against RPI Esports B team from Rensselaer Polytechnic Institute in New York.

The Emerson Esports Organization began competing at the game’s release in 2016 and participated in many online and in-person tournaments, such as the Boston Uprising tournament in fall 2018 that pitted the four best New England collegiate teams against each other.

The Tespa league—which consists of more than 270 colleges and a network of over 100,000 active and retired players nationwide—began its 2020 season last October and will resume its regular six-week season this weekend. The top eight teams of the regular season advance to a single-elimination playoff bracket for a chance at thousands of dollars in prize earnings and individual scholarships.

Paige Ervin, a member of the executive board of Emerson Esports and the captain of the B team, said the cancellation of the season in March shocked the team because everyone had internet and was able continue playing from home, but said Tespa decided to restart the season in June so each team’s preparation would not be wasted.

“The break has been good for us,” Ervin said in a phone interview. “We had a tournament in the break and that was something to practice for and to play through, but I think we’re all excited to have an opportunity to play again and also just to spend time with each other. We have some graduating seniors who are getting a chance to finish out their final season.”

The team went 0-2 in the tournament, but Lyons said the players performed better than he expected since they only had three weeks to practice.

Lyons and Brian Hitnicki ‘20, a member of the A team, are two of the 10 graduated seniors on the A and B teams.

Lyons said he is grateful the season resumed because it gave him and other graduating members of the team an opportunity to teach younger players the ropes and instill a competitive spirit.

“I really wanted to sort of let the players who would return next year get more practice, so I started coaching with other seniors and former players during the [break between the season],” Lyons said. “It was really rewarding as a senior watching this program that I helped grow over the past two years and watching [the players] progress.”

Samantha Hinton, a sophomore member of the B team and one of the players who will return to the team in the fall, said leaving campus and social distancing seemed daunting at first but said she used her connection with esports and her friends at the organization to keep busy.

“I was super nervous [to leave campus],” Hinton said in a phone interview. “I am not from the east coast and I have made so many friends and I was going back to a three hour time difference, at least. I was not ready to go back home, but because of the esports team I’ve been able to keep in touch with a lot of friends. Being able to hang out with [the team] just makes a little bit of a difference because of the social interaction that I look forward to.”

Ethan Tilley, the coordinator of both teams, said he learned a lot from Lyons, a previous coordinator, and used that knowledge to organize games and practices during the break.

“John [Lyons] was a previous coordinator, so he definitely showed me a lot of the ropes in terms of what I had to do but, for the most part, I have just been in charge of who was going to be on the A and B team rosters and, once we figured out those rosters, I planned the practices,” Tilley said in a phone interview.

Lyons said he is looking forward to returning to the competitive season because it will be a chance for him and the other members of the A and B teams to show the benefits of their hard work.

“I’m really looking forward to going back to playing,” Lyons said. “We’ve been practicing two times a week since [Tespa] announced the returning season, and I’ve been really enjoying playing with the team. It’s a really rewarding experience to play in a team environment.”