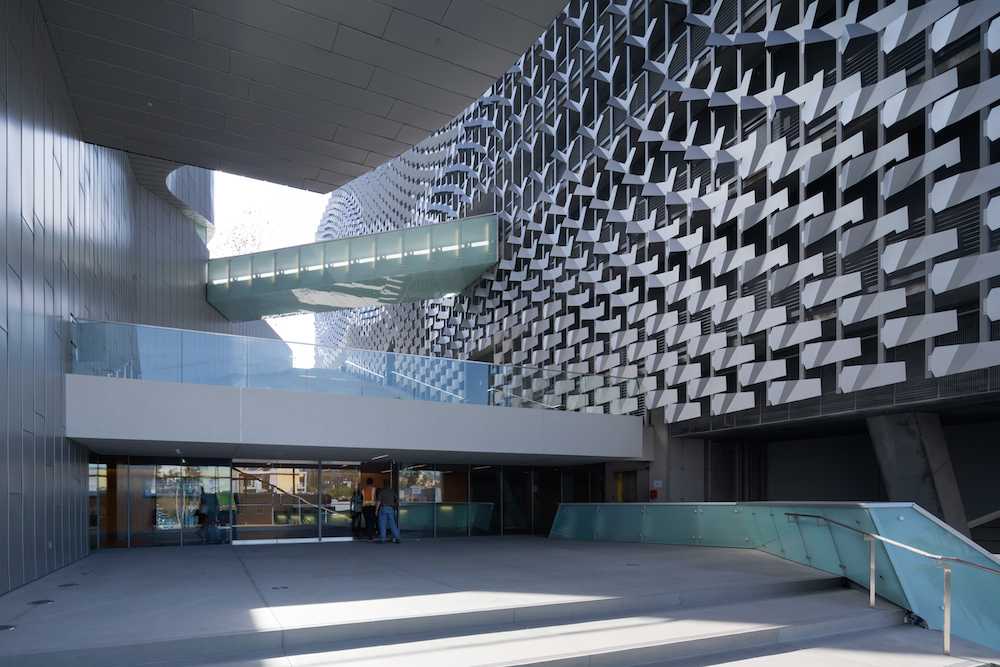 After over a year of vacant halls, classrooms, and dorms, Emerson Los Angeles finally opened its doors to a small group of students for the 2021 summer semester.

The summer semester marked the first of its kind for ELA, ushering in 24 students to participate in classes or in the Emtern summer internship program. The semester lasted from May until July, marking the first time students had stepped foot on campus since March of 2020 due to closure throughout the past academic year as the pandemic ravaged LA County.

“Normally we have seniors here on campus, [but this] summer we had younger students, which was a little bit of an adjustment for us,” said Associate Dean of Students and Chief Operations Officer for the ELA program Timothy Chang.

Typically, ELA hosts a large number of seniors hoping to establish themselves in LA before graduation, Chang said. However, the summer term brought in a new wave of students, a mix of lower and upperclassmen which allowed Chang and the ELA team to adapt to a younger population.

“Seniors are like ‘I’m here to get my career started,’ but the summer kids were like ‘I want to dip my toes into that pool’ but were doing more fun career-related things,” he said.

Jillian Kay, a junior journalism major, said finally making it to California after months of uncertainty was a surreal feeling.

“A month before, we didn’t even know if we’d be able to go,” she said. “When it finally became a reality, it was just like, ‘Wow, this is happening.’ There were only 24 of us on campus, so it felt kind of empty—but it was a nice empty. It’s weird to think that we were the first ones back since the pandemic started because it almost didn’t feel like that.”

Kay, who interned at DC3 Music Group, said her time in LA was spent visiting famous sights, attending award shows, and even flying to Las Vegas as a part of her internship to film an Illenium concert. She also got to cover the MTV Music Awards and the Black Entertainment Television Awards for a WEBN summer package along with some of her peers.

“I had a bucket list that had about 25 things on it,” she said. “By the end of the summer, I went back and looked at my list and went, ‘Wow, I did at least three-fourths of this list.’”

“Those were experiences I didn’t even think were going to happen because of the pandemic— they were just really happy coincidences,” Kay continued.

“We didn’t eat for about 11 hours,” Kay said, laughing. “When we finally got into the Microsoft Theater, Ashley goes, ‘Okay, I have my phone, let’s whip it out—we’re [going to film a live shot]’ and I was like, ‘What? I’m starving but we’ll do it,’ because as a reporter you have to have that tenacity and courageousness because there were people all around.”

The smaller population on the Hollywood campus allowed them to become closer to their peers, Blanco said.

“Because there were such a small amount of students, everyone just connected really well together,” she said. “Those nights I won’t forget, especially [those] by the fire.”

Blanco completed an executive training series created by Sean “P Diddy” Combs and held two internships—one being at the production company created by Dave Chappell’s producer, and said her time at ELA was both a valuable experience and a welcomed vacation.

“In the beginning, it was more like a vacation for me just because my internships had a delayed start,” she said. “I had the opportunity to explore the city, go skydiving, go to Malibu and all these fun activities that I wouldn’t have gotten if it was springtime, where it’s ‘go, go, go.’”

“LA taught me what I do like and what I don’t like, especially when it comes to career,” Blanco continued.

Though the vacation period didn’t last for long, Blanco managed to use her time at ELA as a period of self-discovery, which included skydiving out of a plane on her 21st birthday to overcome her anxiety.

“The gift I wanted to give myself was [to overcome] my anxiety and my fear of heights,” She said. “I wanted to use that as an analogy like if I could jump out of a plane, I can do anything.”

While the summer program was a time for internships, classes, and new experiences, it served as a test run for ELA’s fall term according to Chang.

“We wanted to get the chance to ramp up for a full campus,” Chang said. “It gave us the chance to test COVID-19 practices. We needed to figure out how to do testing on our own, so having students gave us the opportunity to see what’s the best time, best method, and what’s the most effective and efficient way.”

Kay said her time at ELA gave her a renewed sense of confidence and excitement.

“I learned so much this summer about the production industry—how that all works, the behind the scenes and networking,” Kay said. “It’s not really about what you know, it’s about who you know; taking that into the fall semester, I definitely have a new sense of confidence in my career and my networking skills.”