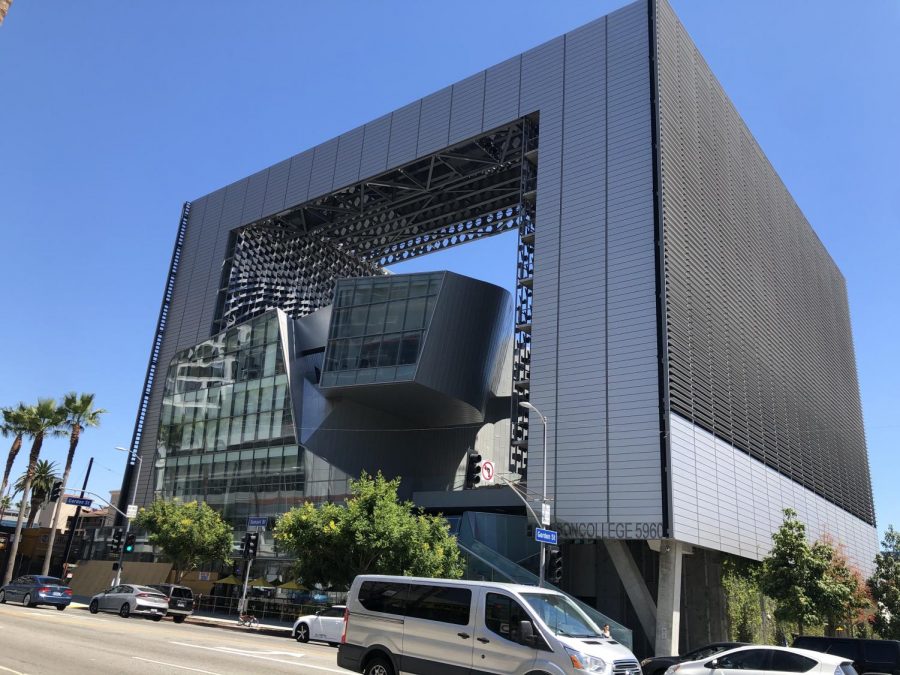 The union had previously reached a tentative collective bargaining agreement on Feb. 4, after eight months of negotiations. A full draft of the contract was distributed mid-March, and a week of voting followed. The contract was ratified in a 26-0 vote March 22.

“Faculty were quite happy with what was in the CBA,” said Jennifer Vandever, president of ELAF-AAUP.

“[This contract] represents that the ELA faculty deserve what faculty in Boston received in terms of compensation and benefits,” Vandever said. “In addition to that, I think it’s just a matter of basic respect and equity.”

The union raised awareness about ELA faculty being the lowest-paid faculty members at the college, using social media as a tool for demanding treatment equal to that of the Boston campus’ affiliated faculty.

About 70 percent of ELA faculty has sought government assistance in recent years, according to Vandever.

The faculty received messages of support from the Emerson community as these facts were shared online.

“Back in December and January, we started hearing from a lot of part-time and full-time faculty at Boston who were appalled by what was happening to us,” Vandever said. “I certainly was hearing from students as well as alumni who were following the story.”

“It is an acknowledgment that what we’re doing out here is really valuable and that we’re offering and committed to great academics,” Lemack said.

“We are grateful that we were able to complete negotiations, and we are pleased that the Union ratified the contract,” Gaseau wrote in an email statement to The Beacon. “We look forward to a continued productive relationship with the faculty in Los Angeles.”

In the future, union leaders will work on CBA enforcements to ensure that the terms of the contract are implemented. Additionally, the union will advocate for compensation for labor performed outside of the classroom, such as long-term mentoring of students. ELA faculty had hoped to secure set minimums for these duties, but the college offered a case-by-case process for compensation instead.

“The college has made a very deliberate choice to rely on affiliated faculty to teach at [ELA], but that can lead to some very blurred lines,” Vandever said. “It can also lead to them asking us to do things that would normally fall into the range of full-time faculty.”

Although the faculty union pushed for the creation of full-time faculty positions at ELA, the college rejected the arguments, insisting that ELA should remain an affiliated model. Lemack emphasized that the quality of education students receive at ELA is not affected by the fact that faculty are part-time, but that full-time positions would be a positive addition.

“It would be terrific if there were full time positions,” Lemack said. “At Emerson LA, it would show an investment in the campus beyond what the current model is.”

Vandever added that the college did not follow its “professed values and actions” behind the scenes of negotiations. While the college renounced pay cuts in the fall, it actually proposed reducing the 2-4% cost-of-living adjustments faculty receive, said Vandever.

“The college’s proposals to the union, including any cost-of-living adjustments, in all cases would only increase pay for each year of the contract,” Gaseau said in response.

Per the previous contract negotiated in 2016, faculty see annual pay raises between 2-4% based on the Los Angeles consumer price index in order for wages to match the cost of living. However, the college’s proposals included decreasing the cost-of-living adjustments to lower rates. Faculty would technically still see an annual pay increase, but for senior faculty, that pay would be less than what they would earn under the previous contract.

“The college can spin it however they like, but a reduction in cost-of-living adjustments in this case would have resulted in less money in the pockets of senior faculty,” Vandever said.

In the end, the union was able to keep the 2-4% COLA, which is the same rate that Boston affiliated faculty have, and also win increased base salaries for all faculty.

The union looks forward to what the contract brings.

“It is really wonderful to be validated in this way and for affiliated faculty to get benefits that, you know, they’ve been earning for a very, very long time,” Lemack said.

This article was updated with more information on April 6, 2022.