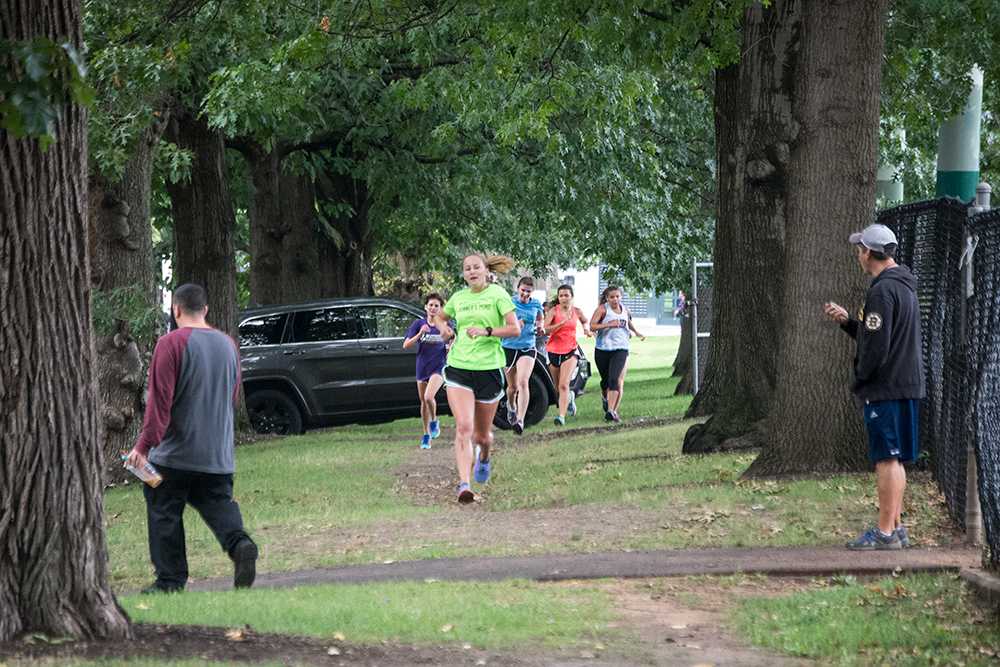 The Emerson College men’s cross country team is looking to quickly develop their young squad, push them to succeed in the New England Women’s and Men’s Athletic Conference, and eventually win their first division title.

The team has classified this season as a rebuilding year because of the recently enrolled underclassmen on the team.

Ethan Michuad, a sophomore sports communication major, is maintaining a positive attitude for his teammates, and setting out strong team goals.

“The goal is to keep the whole team healthy, run every race, and improve,” Michuad said.

The squad had their first meet on Sept. 17, and placed 10th out of the 11 teams participating. Reece Ragusa was the first on the Lions to finish the eight kilometer race. He came in 65th out of 127 total participants with a time of 29:32.

Captain Matt Lavallee, a senior visual and media arts major, said he recognizes that the NEWMAC is tough, but wants to continue to push to consistently improve as a unit.

“We have a lot of freshmen on the team this year, and we’ll see how they stack up … but it’s a tough transition,” Lavallee said. “We’re deep and we’re young, and I think [in the future], we’re going to be a force to be reckoned with.”

Last year, the team had nine members, and this year’s roster is up to 13, with five freshmen. Lavallee said there is a difference between high school and NCAA cross country—the distance that the players run.

“In most high schools across the country, they run a 5k, but in the NCAA we run an 8k. That’s about two extra miles, and in cross country, that’s huge,” Lavallee said.

According to Michuad, their route to rebuilding “starts now,” and they’re looking to finish the season with a strong performance at the NEWMAC meet on Oct. 29.

In the preseason coaches’ poll, Emerson’s men’s cross country squad came in last place (8th). According to Lavallee, the prediction doesn’t dishearten anyone on the team.

“We know we can do better than expected, and [the coaches’ poll] comes out and it doesn’t mean anything to any of us,” Lavallee said. “Just looking at what we got, we know we can compete.”