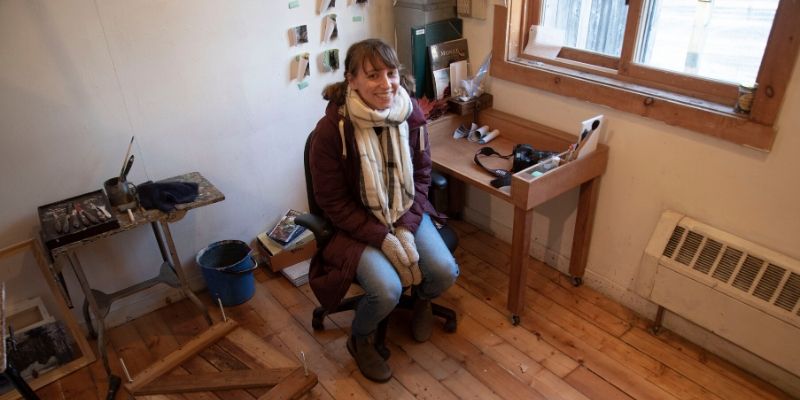 The college is potentially planning on turning vacant spaces on campus into visual art studio spaces for incoming Marlboro College faculty and students by the fall 2020 semester, according to a college official.

“There are two Marlboro faculties who may join us if the alliance goes through,” Knight said in an interview. “Both of whose teachings are artistic practices that are studio-based, and which are more traditional painting and sculpting arts, so we need to provide them with a class or space where they can teach.”

Emerson will have confirmation on whether or not Emerson will need the visual art studio spaces early in the summer, Knight said. Faculty and students will use these rooms specifically for traditional art practices.

“If we were going to shift things around there it wouldn’t just be me and [Ransom] teaching there—it could be open to a lot of different types of studio art courses provided by a variety of professors,” Beecher said in a phone interview from Marlboro, Vermont. “It’s still an idea. The only thing that is certain right now is that Emerson is really dedicated in finding rented or owned spaces that can hold studio arts.”

Assistant Vice President of Facilities and Campus Services Duncan Pollock said locations for the studio spaces are still undecided, but a possible location could be the current location of The Cabaret at 52 Summer Street. The college will relocate The Cabaret in April to the basement of the Little Building, leaving the former space vacant.

“What we are doing is gathering data to see where Marlboro fits the best on our campus, while we are supporting the classes we still offer,” Pollock said in an interview. “We are looking at certain spaces that we have on campus on trying to see if we need to arrange or use the open spaces.”

Knight said the college has to keep in mind that other departments are also looking for spaces.

“It is important to say that there are other departments that have space needs––I want to make sure they know that they are part of the conversation,” Knight said. “The possibility of adding new colleagues, new spaces, and new curriculum is always exciting.”

Knight said several Emerson visual media arts faculty have an interest in expanding the academic course offerings, and they see the potential merger as an opportunity to explore teaching traditional visual arts.

“There are a number of Emerson faculty that teach artistic practices—not traditional studio art classes, but media art classes—but who show art in galleries and museums, who have an affinity for artist production,” Knight said.

“How do we incorporate them into our space and curriculum?” Knight asked. “What we have done is we can offer special topics classes and try classes out to see what works for Emerson, so if the Marlboro folks come, they will be teaching these topics classes.”