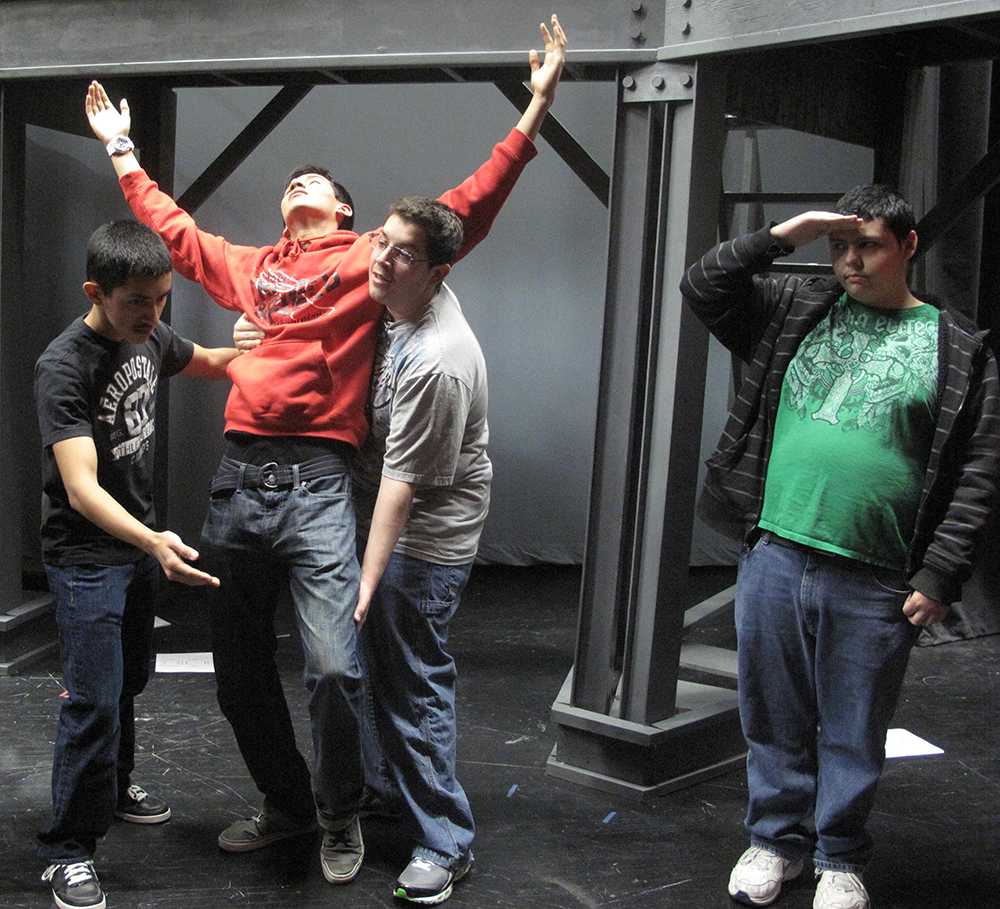 When teaching at Chelsea Public High School, Bethany Nelson told one student to write a monologue about taking control of his life. After performing the piece — which included stories of a hard family life — in front of his class, she recalled that he came to believe that his voice mattered.

“Building a community of trust and letting people be themselves will create change,” said Nelson, who also serves as Emerson College’s Theater Educator-in-Residence.

On Feb. 2, the Kennedy Center American College Theatre Festival (KCACTF), in conjunction with the Association for Theatre in Higher Education (ATHE), will honor her achievements in innovative teaching with a ceremony held on Cape Cod.

Nelson earned her bachelor’s degree in Creative Drama/Theatre Education at Emerson; she received her master’s  in Education with a focus on Multicultural Education at Harvard University, and then pursued her doctorate in Arts and Education at The University of Warwick. Today, she continues to learn through working with her students.

And over the years, Nelson said she has learned a lot about effective methods of teaching.

The prize, according to Co-Chairs of KCACTF Raina Ames and Cathy Hurst, is bestowed to a performing arts teacher who “demonstrates innovation in regard to student success in the area of theatre arts.”

Nelson, who said she is a playwright and actor, was surprised when her application for the award gained recognition. She assumed the honor would go to a teacher who used technology as a teaching tool. Instead, Nelson was celebrated for not only her work at the college, but the Chelsea Public School system.

“I wrote about the ways I use playmaking to help urban kids use power and understand society,” said Nelson. “I try to capitalize on the value of alternate forms of teaching because most people do better if you engage them.”

Nelson strives to help students find themselves. By making them write and perform monologues, as well as act alongside their peers, Nelson hopes to create a more interactive learning experience as opposed to just throwing information at students and hoping they absorb it.

After participating in a 1989 research project, Nelson was captivated by the ability theater holds to teach kids other subjects, like science. She cites five young girls of color in the city Cambridge who only began to understand the science behind the earth’s weather after learning a teaching method they had yet to encounter: acting. Ever since, she’s dedicated her time to not only teaching theater education, but helping the urban community of the Boston area.

“There are not a lot of things in school right now to unify a group of kids,” said Nelson, who has been teaching at Chelsea for over four years and at Emerson for 17. “But theater builds a community where a group of people decide to be themselves in front of you.”

Andrew Short, a theater education major at Emerson, said he appreciates the level of care that Nelson puts into her teaching. Nelson serves as Short’s academic advisor, and next semester he will be taking three classes with her, which he says is not a coincidence.

“Bethany never pretends. She’s just very inviting and funny,” said Short. “I have taken her advice before but I also feel comfortable disagreeing with her.”

Whether teaching urban youths or young adults at Emerson, Nelson said she wants to inspire her students to do what they want.

“I don’t care what they change in this world,” said Nelson. “I only care that they figure out what they want to do on this planet.”