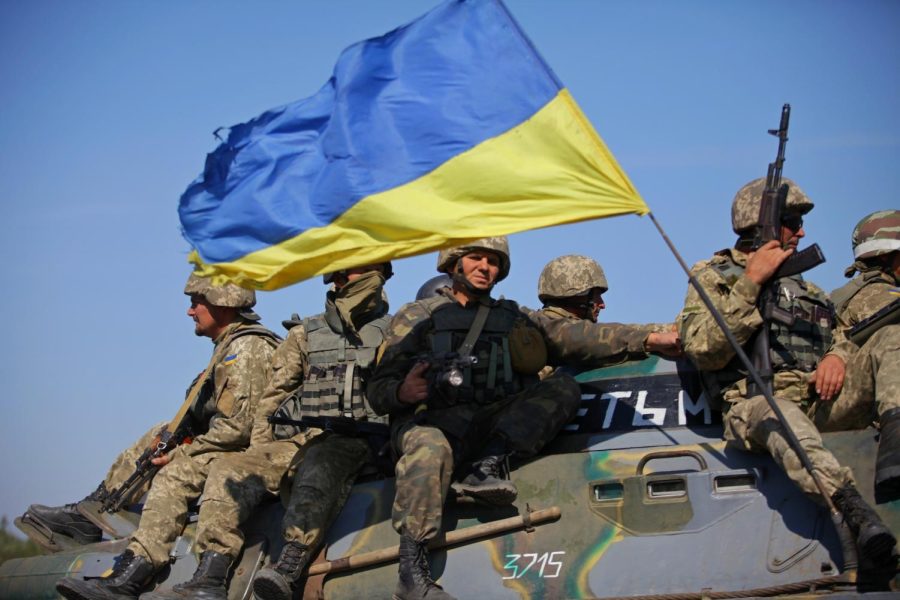 In the week since Russia launched its invasion of Ukraine, its forces have surrounded key cities and launched deadly attacks while facing strong Ukrainian opposition. The root of the war is long and complicated, as Emerson political science professor Ian McManus attests—though he told The Beacon that it could be boiled down to one root cause.

“The shortest possible answer: the reason for this conflict, in two words, is Vladimir Putin,” said McManus.

When did the conflict between Russia and Ukraine begin?

Ukraine was a member of the Soviet Union until 1991, when it declared its independence during  the USSR’s collapse. For almost a decade, Ukraine existed independently from Russia until late 2004 and early 2005 when the “Orange Revolution” occurred.

Following the election of Viktor Yanukovych—the fourth president of Ukraine and Putin’s supported candidate, there emerged allegations of electoral fraud and voter intimidation, as well as the revelation that his opponent had been poisoned and almost killed while on the campaign trail. The country erupted into protests which lasted for 17 days and brought the country into further turmoil.

According to McManus, the uprising caused conflict and “allowed another corrupt Russian backed puppet regime to come into power,” leading to the upheaval of 2014.

“In 2014, you see Ukrainian people coming together and rising up and overthrowing this government as well,” McManus said. “So you have Ukrainian independence and a series of revolutions. You have people saying ‘we want independence, we want transparency, we want democracy, we want prosperity.’”

The “Revolution of Dignity,” also known as Euromaidan, began in November 2013 following Yanukovych’s refusal to sign a political association and free trade agreement with the European Union. The protests lasted for months and turned violent in February 2014, after a conflict between protesters and riot police resulted in 130 deaths.

“The catalyst for the revolution at that point was that, overwhelmingly, Ukrainians had wanted closer ties with the European Union,” he said. “There was an agreement that was going to be put in place to create stronger economic ties and political ties to the EU.”

“The government at the time, bowing to public pressure said, ‘We’ll accept, we’ll sign this agreement,’ and at the last minute, the 11th hour, they decided not to,” he continued. “It was clear that there was pressure from Russia—this wasn’t something that they wanted.”

In the wake of the revolution, Russia began its annexation of Crimea, a Ukrainian peninsula home primarily to Russian-speakers. Three days following the demonstrations, Russian troops—nicknamed “little green men” due to their lack of identifying insignias on their uniforms—took over the region’s administration and captured the peninsula within two weeks, with minimal Ukrainian resistance. In a referendum on Mar. 16, Crimea voted to join the Russian Federation—despite allegations of election fraud.

A similar situation transpired in the Donetsk and Luhansk regions (or “oblasts”) of eastern Ukraine, which were also home to a predominantly Russian-speaking population. The two regions declared their independence from Ukraine, kicking off a “low-level conflict” between pro-Russian and Ukrainian government forces which persisted from 2014—until last week.

What is Putin’s goal in this war and what does the EU have to do with it?

Russian President Vladimir Putin has been pressuring Ukraine to align with the Russian-led Eurasian Economic Union, rather than the democratic countries of the European Union like Poland.

“Poland was another country that gained independence after the fall of the Soviet Union,” McManus said. “It’s right across the border from Ukraine, and [the Ukrainian people] see Poland as developed economically and politically in ways that are really positive.”

Russia, on the other hand, “isn’t able to offer those kinds of incentives,” he said—which is why Putin has resorted to bringing Ukraine in by force. McManus argues Putin’s recent displays of force have only strengthened Ukrainian nationality and sovereignty.

“If anything, it’s highlighting and strengthening the resolve of people that say, ‘Ukraine has a right to exist, it is an independent country, and it wants closer connections to the west,’” he said.

Ukraine formalized its application to the European Union on Monday, and the European Parliament voted on Thursday to grant the country EU candidate status—an important message encouraging prosperity and democracy among European nations, according to McManus.

So how will Putin respond if he loses Ukraine to the EU? McManus said Putin’s actions have isolated him and Russia by using military force against innocent civilians and will ultimately inflame further tensions between Russia and the West.

Russian troops captured the Chernobyl Exclusion Zone—the site of a serious nuclear disaster in 1986 which remains the most dangerously irradiated place on the planet—on the first day of their invasion. In addition to its proximity to Belarus and Kyiv, Chernobyl is a “convenient launching point for further strikes,” McManus said.

“There’s obviously a symbolism to Chernobyl, but I think in a more practical reality, it was a strategic military kind of base,” he said.

How will sanctions affect Russia?

As defined by McManus, a sanction is an economic restriction that seeks to harm a country. One of the most immediate effects of sanctions is a drop in the value of currency, which Russia is currently experiencing. The value of the ruble against US Dollars has fallen over 30 percent in the past week.

Russian banks were also removed from the SWIFT international banking system, financially isolating Russia from the rest of the world.

McManus said the real cost of the war will be the hit to Putin’s credibility, pointing out the mass demonstrations and thousands of resulting arrests across Russia. Paired with strict economic sanctions, he suggests that this internal conflict will put even more stress on the Russian leader.

However, he believes Putin made “a serious miscalculation.”

What Putin didn’t anticipate, however, was the “resolve and resistance of the Ukrainian people,” McManus continued.

“You see villagers in towns unarmed, swarming tanks to stop them from moving forward,” he said. “You see this kind of unification and bravery of Ukrainian people. The conflict has been far more of a quagmire and a mess than I think [the Russians]expected.”

Where do you see this conflict going?

McManus said he doesn’t see troops being sent to Russia in the future, but noted a “strengthening of sort of Western alliances” as a result.

In particular, he said the conflict has proved the West’s need for NATO—a treaty organization thought to be “irrelevant” by former president Donald Trump.

Regardless of NATO’s strength, though, McManus said Russia is a powerful opponent capable of mass destruction.

“The sad reality is that Russia still has a tremendous amount of military force. Ukrainians have been holding out and now they’re being given military aid and humanitarian aid.”

While Ukraine continues to receive support across the globe, McManus said it was an open question whether the country would be able to hold out against the fast-moving Russian invasion.

“[Russia is] going to find themselves trying to hold on to a country with a population deeply resentful of their presence, and that is willing to resist,” said McManus. “It’s going to be a prolonged, protracted conflict and you’re going to see continued resistance.”

Why should college students in the U.S. care about what’s happening in Ukraine?

As of Mar. 1, 227 civilians have been killed and 525 have been injured since the invasion started on Feb. 24, according to the United Nations. But McManus said the conflict extends beyond Ukraine and Russia.

“This conflict is about Vladimir Putin, his resistance and disregard and disdain for many of the ideals espoused by the West,” McManus said. “These ideals include things like political freedom, democracy, economic freedom, social justice, and social rights. A lot of the values that that people aspire to, the values that we hold dear, are under attack right now.”

McManus emphasized the importance of countries’ continued support for Ukraine, noting the significance of historically neutral countries’ decisions to take a stand against Russia.

He also highlighted that it is more important to remember the “human aspect to this conflict.”

“You have millions of people who are saying, ‘we want democracy, we want freedom, we want prosperity and peace,’” he said. “These are peaceful people that were attacked without provocation. Showing continued support for them any way we can—the short, medium and long term—is really critical.”