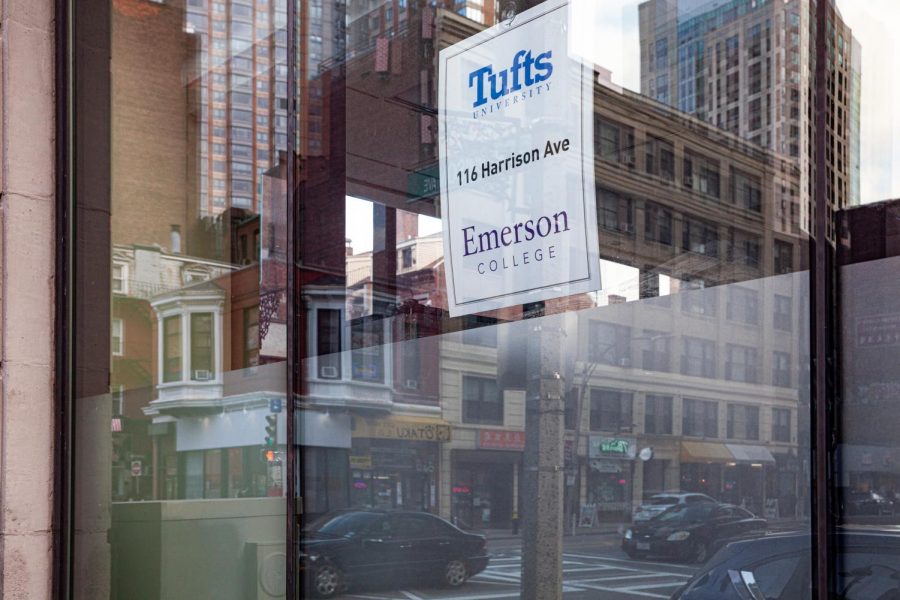 Over Spring Break, Emerson reported three COVID-19 tests over the span of the week of the 643 total tests administered. No data was reported on Monday for the weekend.

As of Jan. 3, Emerson has reported 576 positive cases and administered 40,416 tests. The cumulative positivity rate sits at 1.43 percent.

The state’s upwards tick of COVID-19 cases continued on Monday as Massachusetts reported 1,520 positive cases for Friday, Saturday and Sunday, with a daily positivity rate of 1.51 percent. The death toll rose to nine.

The state updated the guidelines to qualify a COVID-related death Monday. The new definition decreases the death toll by 3,770 and includes 355 deaths and probable deaths not previously recorded. All newly reported deaths occurred prior to April 2021.

Hospitalizations were last updated on Friday as the state reported 236, with 144 of these hospitalizations occurring in those who are fully vaccinated.

Massachusetts reported 2,752 new vaccinations—including boosters—from Sunday to Monday, bringing the state’s total to 14,021,365 doses. Monday’s daily vaccination update reported that 5,306,399 Mass. residents—according to Mass. Department of Health data, approximately 77 percent of the state’s population—are fully vaccinated, meaning that they have received both doses of the Moderna or Pfizer/BioNTech vaccine or one dose of the Johnson & Johnson vaccine.

Starting Mar. 21, Emerson will drop the indoor mask mandate following an update to COVID-19 protocol. Students will not have to wear a mask indoors in any college facility except for classrooms, the Center for Health and Wellness, and Emerson’s Counseling and Psychological Services offices.