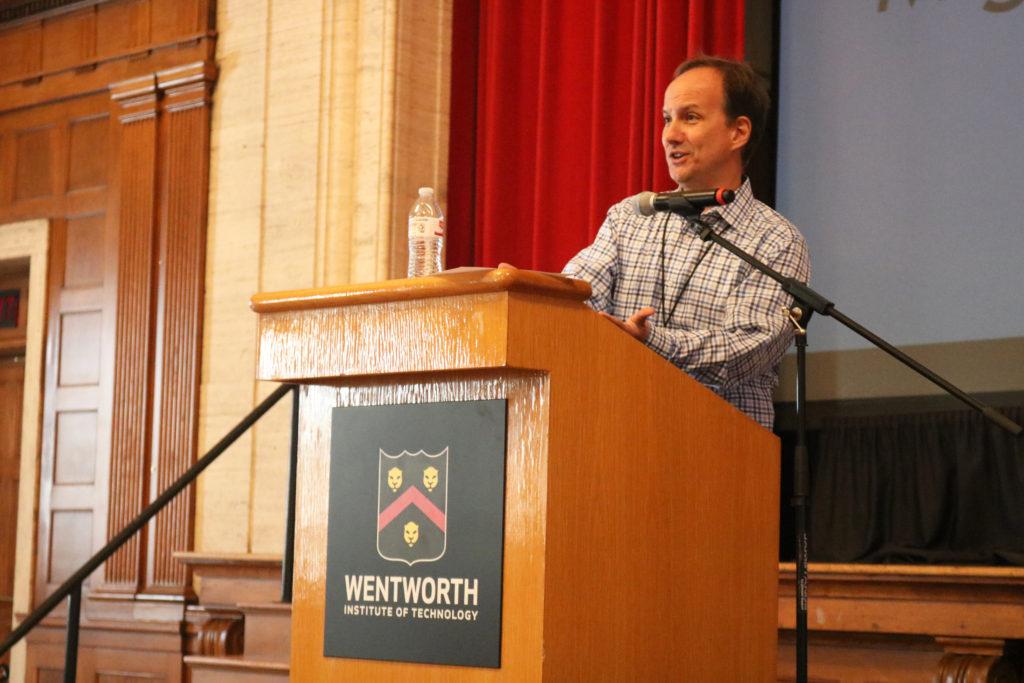 Freshman Diana Mucchiut felt scared when she could not reach her mother on the phone during the first of many major power outages that started occurring in Venezuela since March 7.

“I was used to not talking to my mom for two days because I’m all over the place,” Mucchiut said. “But then I realized I couldn’t speak to my mother to see if she was OK, if she was home, or even if she had food.”

The country’s most widespread electrical outage started on March 7, when a large fire spread along power lines connected to the country’s main energy source, the Guri Dam, according to the Venezuelan newspaper La Patilla. The blackout plunged the country and its inhabitants into darkness for more than five days.

Venezuela currently faces a humanitarian, economic, and political crisis. The country is suffering from crippling inflation that reached 80,000 percent by the end of 2018, according to Forbes.

On Jan. 23, President of the National Assembly Juan Guaidó took control as the country’s interim president after illegitimate elections deemed Nicolás Maduro as the winner. The Venezuelan population also faces large shortages of food and medical supplies, with children dying from malnutrition and previously eradicated diseases such as malaria reemerging.

Nearly 20 Venezuelan Emerson students gathered on March 30 at the Wentworth Institute of Technology for a series of lectures at an event called “Building Hope in an Era of Uncertainty—Venezuela 2019.” The multi-collegiate event featured four talks on the crisis and traditional Venezuelan music and food. Emerson’s Latinx student organizations AMIGOS and Raíz Magazine were among the main organizers.

In the last four years, the college enrolled 49 students from Venezuela, according to the 2018 Emerson Factbook.

Junior Ana Salas, treasurer of Raíz Magazine, said the event aimed to educate people on the situation in Venezuela and to provide humanitarian aid to the country through funds gathered from ticket sales.

“We saw an opportunity to help and educate people because I think there is a lot of miscommunication due to the complexity of the situation,” Salas said in an interview after the event. “This is our way to help those most affected by the crisis, like children who did nothing to deserve this.”

After the event, Salas said she has family in Venezuela and added that the power outages have been a result of the mismanagement of the electrical system in Venezuela.

“This is something that shouldn’t be happening—your family should have electricity in the twenty-first century,” Salas said. “It’s like watching a dystopian movie, but it’s [happening to] your family.”

Junior Mariana Romero, editor-in-chief of Raíz Magazine, said all proceeds from tickets to the event went to the LATAM Freedom and Development Foundation to provide food for children in Venezuela. Ticket prices ranged from $15 to $40 depending on how much attendees wanted to donate to the cause. Romero also noted that, although Raíz helped organize the event, they were not representing the political views of the college.

“[Being organizers] is just a way of showing our appreciation and respect for the movements that are happening in the country,” Romero said in an interview. “It’s a way to spread the word, because that is our job as communicators.”

Vivas provided background information on the political climate in Venezuela and some potential outcomes for the future of the country.

“I do not see the U.S. getting entangled in another foreign war,” Vivas said in his speech. “But as things turn worse, the appetite for these sorts of operations might improve—especially if [President Donald Trump’s] administration gives such strategic importance to Venezuela as the [George W. Bush] administration gave Iraq.”

Junior Daniel Parra also attended the event and said he frequently speaks to his family in Venezuela through WhatsApp, but the recent power outages have made communication difficult.

“It’s just constant anxiety until you suddenly get that text that says that power is back,” Parra said. “Then you try to get all of your questions answered in as little time as possible because you know there is another blackout coming and that power isn’t going to last.”

Mucchiut said she moved from Venezuela to the U.S. for college in Oct. 17 and has not been able to go back due to passport complications. Mucchiut said she sometimes wonders when riots in the country will stop so she can return home, but she hopes Guaidó will reclaim stability for the country.

“I sometimes [ask] myself: Why out of all the countries was I born in Venezuela? Why should my family go through this?” Mucchiut said. “But then I tell myself how I wouldn’t rather be from anywhere else because I’m proud of being Venezuelan, and I really love my country.”