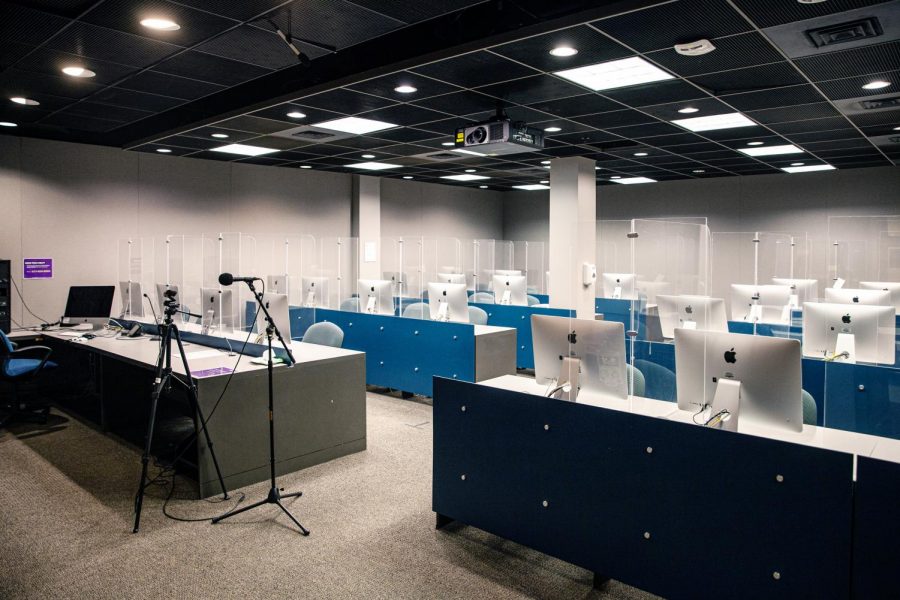 Classroom 633 of the Walker Building.

Emerson is investigating a report of antisemitic behavior in a classroom that originated in social media, college officials said Tuesday evening.

The college was made aware of the alleged incident on Dec.17  through a social media post, Interim President Bill Gilligan wrote in a community-wide email. Gilligan wrote that the college remains opposed to any antisemitic behavior on campus, stating that  “any behavior that is insensitive to, or belittles, the trauma experienced by Jewish individuals and others during the Holocaust is unacceptable.”

According to an account posted to the Jewish On Campus Instagram page on Dec. 16, an unidentified Emerson professor allegedly asked a student to say something German, which the student refused, before allegedly speaking in German and making a “Hitler salute” towards the student and other Jewish members of the class. The post added that the alleged incident wasn’t “the first time [the professor] had done or said something ignorant in class.”

Emerson’s announcement comes two months after a poster advertising an event organized by Hillel, Emerson’s organization for Jewish students, was vandalized with antisemitic graffiti. In 2020, a similar incident also occurred when four swastikas were found etched into a stairwell of the Piano Row residence hall. No disciplinary action has been made public for either incident.