Emerson to merge with college in Vermont 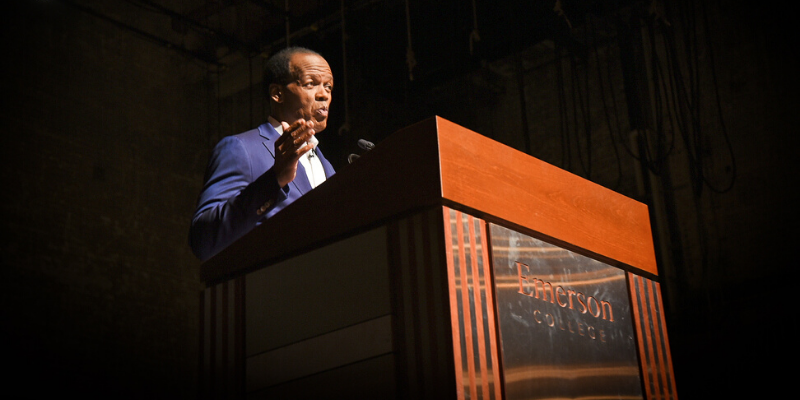 Emerson plans to merge with Marlboro College starting in the fall 2020 semester.

Each college will form working groups to discuss various aspects of the merger, including academic affairs, student life, administration, human resources, and financial matters. Marlboro previously planned to merge with Bridgeport University until their discussions ended Sept. 13, according to a September statement on Marlboro’s website.

Marlboro plans to close its campus at the end of the spring 2020 semester, according to a statement released by the college.

President M. Lee Pelton announced the merger to the community in a Wednesday morning speech delivered in the Cutler Majestic Theatre.

Marlboro is a small liberal arts college founded in 1946 in Marlboro, Vermont. Their undergraduate and graduate programs combined hold less than 500 students.

“This is an extraordinary alliance and a quintessential win for both of our commonwealths of learning,” Pelton said at the announcement. “For Emerson, the gift will permanently fund Emerson’s Institute for Liberal Arts and Interdisciplinary Studies program. For Marlboro, their legacy will live on, their students will benefit from enhanced educational programs, and their tenured and tenure-track faculty will continue to teach in an environment that supports intellectual creativity, innovation, and experiential learning.”