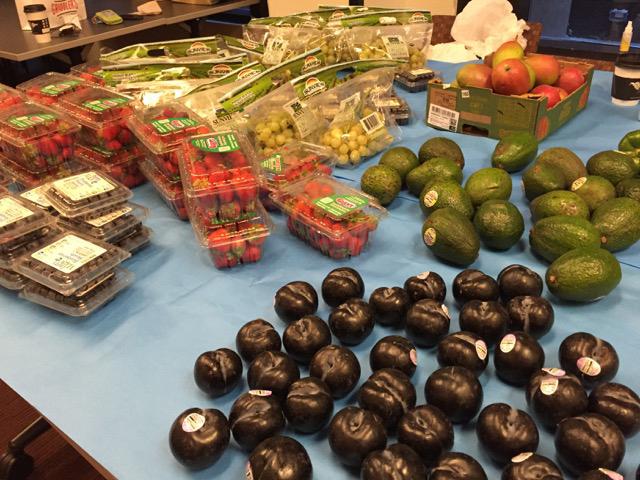 Organizers picked up about 120 produce items from the Haymarket Square open air market on Saturday morning, ordered by 35 students through a Google form. Participants could pick up their orders in the Piano Row lobby that afternoon.

Belanger said that she knew students were dissatisfied with the produce selection in the Dining Hall.

“We decided to do a fresh produce pickup because people were so frustrated with the [on] campus options,” Belanger said.

“[The dining hall] is not really the best food, and it’s not super healthy, so sometimes I like to have my own options in my suite,” Parker said.

The organizers said they chose to donate to the Greater Boston Food Bank because it is a local charity and an efficient use of the money they raised—its website says that they can provide 150 meals with $50.

Belanger said that while the current organizers did not plan to make this an annual event, they had been keeping track of all their data and would consider giving it to another group if they’re interested in repeating it.

“It’s just a one day project for now,” Belanger said, “but it could turn into something bigger.”