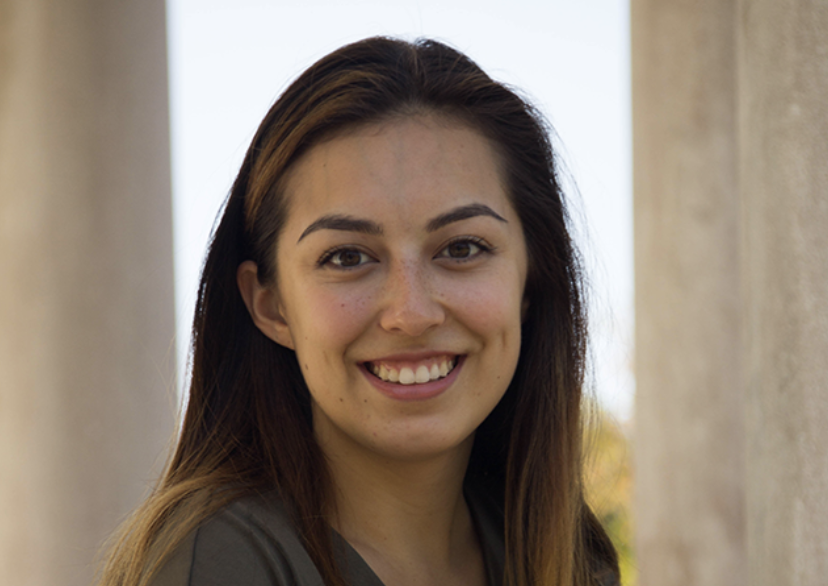 Since its establishment in 2005, the Emerson Experience in Entrepreneurship program (E3), which results in an entrepreneurial studies minor, has served as a stepping stone for students who want to advance their careers in business. From learning the basics of creating a plan, to understanding how to network and market a pitch, E3 prepares students for the the real world and encourages them to use their ideas to make a difference.

“It’s not just your traditional class where the professor might lecture, you take notes, you take a test, and you get a grade,” Director of Entrepreneurial and Business Studies Lu Ann Reeb said. “We actually do things that put the students in situations where they learn what entrepreneurial thinking is all about.”

A festival for change

While studying abroad the summer after her sophomore year, senior marketing communication major Kaylee Largay had a idea: a large-scale event with music, fashion, and art, with proceeds benefiting non-profit organizations.

She did not expect to turn her dream into a reality, but after spending a year in the E3 program under the mentorship of Reeb and others, Largay felt prepared to accept the challenge. Her idea evolved into the Cambiar Festival, which is slated to debut in spring 2019 in Boston.

While she originally planned the event for fall next year, Largay’s search for larger venues forced her to push the debut back a few months.

Though Largay wants to change the festival’s location, causes, and partners each year, she plans to donate all ticket proceeds from the first event to the Dana Farber Cancer Institute and the Jimmy Fund to raise awareness for oft-overlooked diseases in honor of her late mother, who died of a rare form of cancer called leiomyosarcoma.

“I could’ve sat there and done nothing and let depression get the best of me, let grief get the best of me, but I turned it to the positive,” Largay said. “I want [the Cambiar Festival] to be as big as possible and I want to raise as much money as possible. If we can change a few people’s lives for the better, then I think that we’ve done what we set out to do.”

Last November, Lea LeBlanc ‘17 volunteered at the annual MassChallenge Award Ceremony after hearing about the opportunity from her E3 class. Not knowing what to expect, LeBlanc said she was impressed by all the startups that were present that night.

Now, LeBlanc, who graduated with a degree in communication studies, has come full circle. She was accepted to MassChallenge as a 2017 cohort, where she has access to several resources to help develop her startup, Wunder, a machine washable underwear for women with urinary incontinence that claims to be both fashionable and functional.

“When I saw my grandmother choose to stay home instead of spend time outdoors with my family and me, I knew there was a reason,” LeBlanc said. “I knew it was because she was so afraid of being away from a bathroom when she needed one and having an accident.”

The revelation prompted LeBlanc to look for solutions online, and she was disappointed to find that the best options were still diapers, pads, and other disposable products. As a result, she took matters into her own hands.

LeBlanc received a $5,000 reward for winning first place in the 2017 E3 Expo with her pitch for Wunder. She has used the money to create the prototype and cover startup costs.

“In the future, I’d like to expand a line and tackle the other health conditions that affect women that we aren’t really talking about because they’re so intimate,” LeBlanc said. “But for now, I’m focusing on Wunder and making our panties the best that they can be.”

LeBlanc and her team are currently testing the product and are hoping to officially launch in fall 2018.

A new kind of gala

As a sophomore, Jade Zaroff ‘16 made her mark when she introduced the Green Gala to the Emerson community in spring 2015. The student-performance-stuffed event has brought people together and raised environmental awareness every year near Earth Day.

“I remember questioning why we weren’t using our art to inspire positive change and to inspire people to recycle, and that’s kind of where the idea kind of all came together,” Zaroff said. “The E3 program is really special because it allowed me to realistically pursue my non-profit beyond the Green Gala, in the sense that I could leave school and actually feel confident enough to do it because I already had half of it planned out.”

After she graduated, Zaroff moved to New York City and started her organization called Entertainment for Change. Similar to the Green Gala, it implemented friendly competition among performers to serve as a platform for young people to express changes they wish to see in society.

“We brought the concept to Florida State University last year, and this year we’re bringing it to the University of Florida, New York University, Carnegie Mellon, and [University of California, Los Angeles],” Zaroff said. “Next year, my goal is go to 10 or 15 schools and create a network out of the legitimacy behind the schools we’re already in.”

While Zaroff is starting off small and targeting colleges, she hopes to establish partnerships with other companies and broaden the program onto a national scale in the near future.

Reeb, a veteran of the entrepreneurship community at Emerson, said that all three E3 individuals embodied the mindset of the program.

“That’s really what E3 is all about: taking an idea and making it reality,” Reeb said. “I really push the students to be confident enough to think about their idea, think about how it can get better, and mostly understand that they can do it.”