Everything has changed—except my love for Taylor Swift 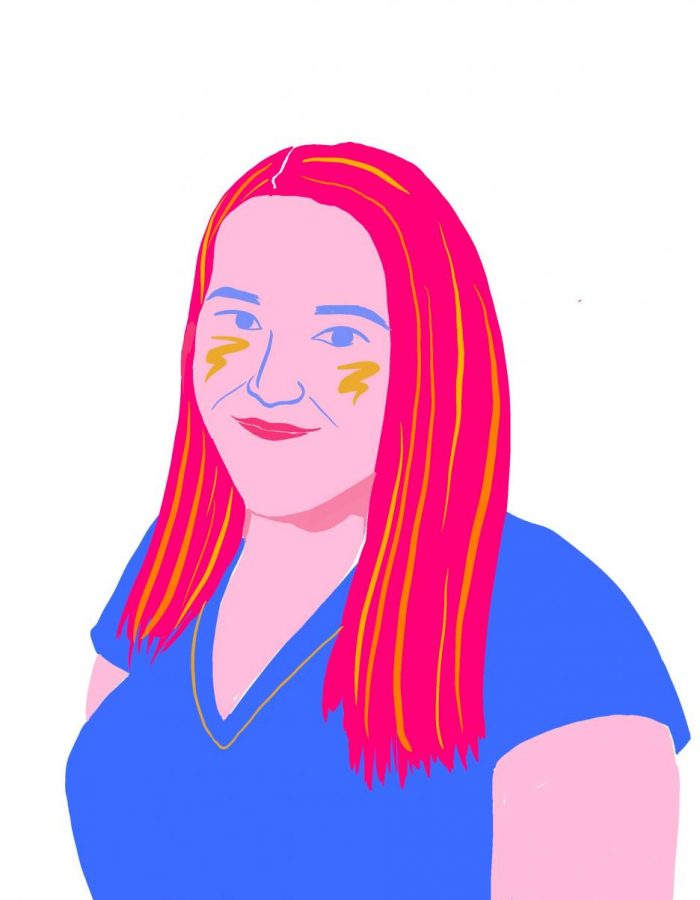 It was 2007, and I distinctly remember opening up my seventh birthday present: a black SanDisk MP3 player. At the time, I thought I was the coolest first-grader in the world. I blew out my candles and immediately ran downstairs to purchase my first song, which changed my life forever, “Teardrops on My Guitar” by Taylor Swift.

I had heard the song on the radio a few times, and my sister frequently listened to her debut album. And at the time, my older sister liking something automatically validated it in my mind.

Very few things have followed me from first grade to college—aside from my stuffed dolphin named Piggy and my adoration for High School Musical 2. Over the past 12 years, my interests, friends, hairstyles and outfits have changed, but my love for Swift’s music is unwavering.

Each of Swift’s albums marks a distinct time period in my life.

In 2006, when Swift’s self-titled album came out, I was a kindergartener. I listened to the album with my sister during our car ride to Cape Cod, where my family spent our summers when I was in elementary school.

In 2008, when Fearless came out, my friends and I choreographed dances to each song in my basement. For my first concert, I went to see Taylor Swift open for Keith Urban at TD Garden. When Urban came on, my family and I left.

In 2010, Speak Now came out, and my sister and I blasted the music in our shared bedroom, singing along to every lyric, as if we, at 10 and 13 years old, could relate to the heartbreak she felt.

In 2012, when Red came out, I put on red lipstick and a red top to go to Gillette Stadium with my sister for our fourth Swift concert: The Red Tour.

In 2014, when 1989 came out, my family and I had just moved out of my childhood home into my grandfather’s house across town. I listened to the album as I got ready for school every morning.

In 2017, on the release day of Reputation, I groggily put in earbuds to listen to the album at 6 a.m. for my college road trip to New York City.

Finally, in 2019, when Lover came out, I was three days away from leaving for my first year of college. I listened to the album in my car as I drove through my hometown of Walpole, Massachusetts, with my sister, savoring every last moment with her.

On my 15th birthday, I finally could relate to “Fifteen,” which is a moment my 2008 self dreamed of. When my freshman year crush didn’t reciprocate my feelings, I sat in my bedroom crying to “Cold As You” as if the world was going to end. When one of my best friends wronged me in my junior year, I drove home from school blasting “This Is Why We Can’t Have Nice Things.” As I coped with the loss of my beloved nana, who died of lung cancer last April, I listened to “Soon You’ll Get Better.”

As I grew older, I watched many people around me grow out of Swift’s music or “cancel” her following her 2016 feud with Kanye West. But for me, nothing has changed. If you had asked me who my favorite artist was in 2007, I would have the same answer as I do now: Taylor Swift.

I take comfort in the sense of stability her music provides for me. It makes me feel as if I still carry a part of my old self with me, even 12 years later. Even if I’m no longer the same naive 7-year-old, I still have the memories attached to her music.

There is a Taylor Swift song for every mood, event and milestone in my life. In times of both celebration and sadness, I tend to gravitate toward Swift’s music because it provides me with a sense of comfort. The familiarity, as well as the relatability of the songs, makes it feel like I’m with a friend rather than some unattainable celebrity.

My sister Jamie is my best friend, and we have shared our love for Swift over the years, even when she went through her Hot Topic phase and seemed too cool for anything except black eyeliner and Panic! At The Disco. This summer, we will share our seventh Swift concert together, Lover Fest East at Gillette Stadium. I couldn’t imagine going anywhere else, with anyone else, to see anyone else.

Twelve years of my life have included laughs, tears, loss, career changes, different homes, school changes, concerts, graduations, vacations and a lot of Taylor Swift music. Though I no longer have that 2007 MP3 player, a piece of my younger self is still with me today when I listen to old Taylor Swift songs in my dorm.

And maybe, years from now, “Lover” will be my wedding song.