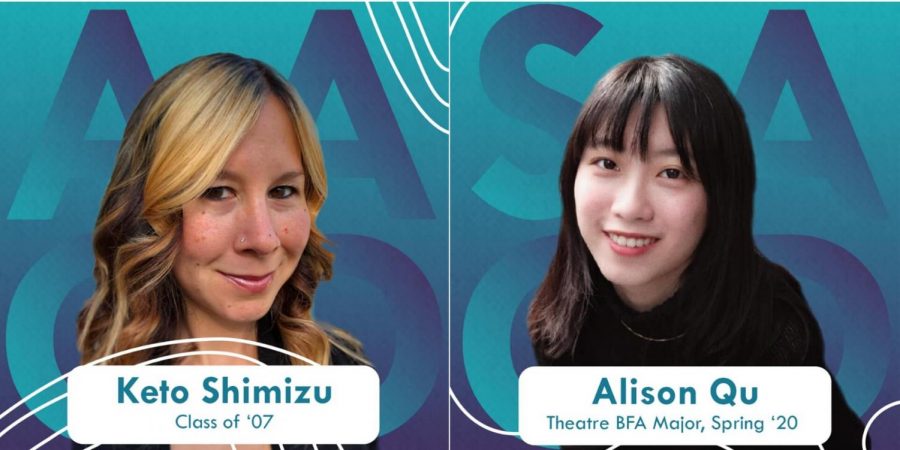 Comic book and television writer and producer Keto Shimizu ‘07 was chosen for the alumni award, and Senior Performing Arts major Alison Qu was chosen for the student award. The May 8 award show will now take place online due to the COVID-19 pandemic.

The majority of the show will be pre-recorded with exceptions of live testimonials from people who have worked with winners and acceptance speeches. The show will also include compilation videos of the winner’s work within their field.

Shimizu is currently the Executive Producer for DC’s Legends of Tomorrow. She is also known for writing and producing the CW’s Arrowverse and her work on the North American TV adaptation of Being Human.

“While at Emerson, Keto was very active in all the film and TV organizations, including the EVVY Awards,” Rachel Westra, content executive producer of the EVVYs, said in a statement. “Keto oversaw the rejuvenation of the [National Broadcasting Society], taking the membership from eight people to 80 people in a year. That same year she created the shadow program for mentoring younger students through the annual NBS narrative. Keto continues to do amazing work out in LA and is kept busy with her two young children! Thank you for all that you have done, Keto! We are honored to dedicate this year’s award to you!”

Westra said the award is given to alumni who are successful in their field and have had an impact in their career fields outside of Emerson. The winner is chosen by students involved in the EVVYs, who spend all year researching alumni and their careers.

“When [alumni] come back to Emerson to receive this award it’s like a representation of what Emerson students can do in their future,” Westra said in a phone interview. “It’s a really cool reflection of what the school has set these alums on their way to becoming. It’s also honoring the fact that these people are making a really good representation of Emerson in the fields that they are working in.”

The Student Award of Distinction is for current students who have made an impact on Emerson. The winner is based on whoever gets the most nominations from students, Westra said.

Qu is the co-founder of CHUANG stage, the first Mandarin Chinese theatre community of Emerson College to produce transcultural theater.

“Throughout her Emerson career, Alison has made an enormous impact on Emerson’s campus through her work in the arts and in the Asian American community,” Westra said in a statement. “By establishing this organization, Alison was able to diversify theatre at Emerson and allow more unique voices to be heard and stories to be told. Now three semesters in, and having been authorized by SGA for one, CHUANG Stage is a growing community of Asian American artists that is set to thrive at Emerson now and in the future.”

Westra said it’s important that students are the ones to choose who wins the Student award of distinction since they can better keep track of their classmates’ efforts.

“A passionate and energetic leader, Alison has truly distinguished herself as a student that goes above and beyond to create the change she wishes to see in the Emerson community,” Westra said in a statement. “Congrats Alison, and thank you for sharing your talents with Emerson!”