The Berkeley Beacon • May 28, 2020 • https://berkeleybeacon.com/evvys-team-overcomes-logistical-barriers-to-produce-first-ever-online-show/ 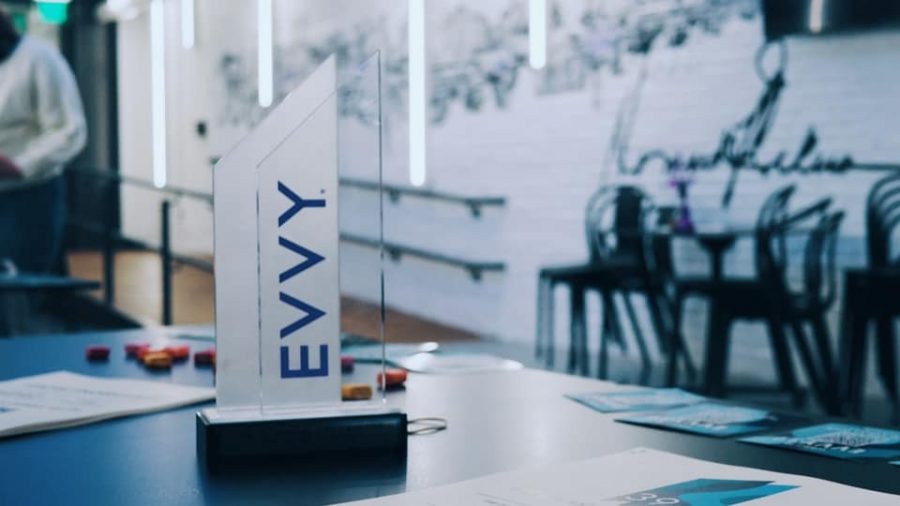 The EVVY Awards are set to take place virtually Friday at 8 p.m. EST for the first time in the organization's history.

After canceling the in-person show for the 39th annual EVVY Awards due to the COVID-19 pandemic, the EVVY’s production team and advisors faced the challenging task of moving the event to an online format in a way that honored students and maintained the show’s core values.

“The EVVYs has been this show that has happened in the same space and in the same format for at least 20 years,” Technical Executive Producer Leo Duch Clerici said in a phone interview from Maryland. “In just a week we realized that we had to change the format of the show and that we had to find not only a different way to make the show but a different way to work on the show remotely… I think that brought on itself all different kinds of challenges all at once.”

In lieu of an in-person gathering, the 39th annual EVVY Awards will be available through a streaming link on their website on May 29 at 8 p.m. EST. The production, which typically takes a mass effort of hundreds of students, was assembled from workplaces scattered across the globe—a challenge unique to the COVID-19 era.

Traditionally, the EVVYs run two separate shows: the Gala and the Majestic. The virtual show combines them into one production and will be hosted by Gala co-hosts Arasha Lalani and Kyle Goold, and Majestic co-hosts Claire Layden and Matt Barrett-Miller. The show consists of motion graphics and segments that were pre-recorded remotely by the hosts, performers, and announcers.

Unit Production Manager Jonah Higaonna said preparation for the EVVY Awards begins a year prior to the event, followed by pre-production for the Gala and Majestic show throughout the fall semester. He said that since the event transitioned virtually, workloads for departments like graphics and editing increased substantially.

“A lot of people, especially the people who are apart of the graphics team or the editing team, had only a shortened amount of time to finish editing everything to prepare for the virtual EVVYs so I think that was one of the biggest challenges,” Higaonna said in a phone interview from Blackstone, MA.

Aesthetics Executive Producer Liz Bradford said the people who held positions that wouldn’t be utilized for the virtual event, such as the broadcast team and lighting designers, helped with the editing process. It quickly became one of the biggest challenges the team faced, she said.

“We didn’t have the school resources anymore, so everyone had to work off of their own computers which is very difficult,” Bradford said in a phone interview from New Jersey. “We definitely had instances where people didn’t have enough storage. I know for motion graphics it would take sometimes three days to export a 30-second graphic which is crazy [especially with] such a tight deadline that we had.”

“We couldn’t do any live speeches because that would be very challenging [with people] from all over the world, so we put out a call to all of our nominees to give us an acceptance speech video should they win,” Graham said in a phone interview from Chicago, IL. “Some of our other teammates and [Creative Content Executive Producer Rachel Westra] have edited together this phenomenal package of acceptance speeches that we will be publishing after the show for people to see.”

Duch Clerici, Bradford, Graham, and Westra said that 36 Emerson alumni will be presenting the awards, including Norman Lear, Henry Winkler, Jennifer Coolidge, Bobbi Brown, and Jay Leno, which likely wouldn’t have been possible in a live show.

“There’s no way we can fly Norman Lear, Henry Winkler, and all these people down to the Majestic for an evening,” Duch Clerici said. “But the fact that 36 Emerson alumni that have careers and important things to do decided to take time out of their day to celebrate some students is something that we could only do during a pandemic.”

A virtual show also allowed for the creation of a fully digital and paperless Playbill, a pamphlet that lists the program and those involved in it, Graham said. It will be published on the EVVYs website and on its Facebook page for viewers to look through during the show.

“Even more exciting we will include all of the amazing work done by our scenic designers, wardrobe, writers, that would have been seen should we be at the Majestic Theatre,” Graham said. “All that will be included in the Playbill, so all of their hard work isn’t lost, and I’m really excited about that part.”

Bradford said the virtual show gave the team the chance to experiment with the heavy use of motion graphics as a way of keeping the energy up. Westra said the situation is one that no one else has experienced, and required them to draw on their own virtual and social media knowledge.

“Our advisors have done show and show and show again on broadcast and have wonderful knowledge on that, but to draw on our knowledge as well as theirs and see a combination of the new age of media coming from our own world as opposed to something that we do every year… it’s cool that we got to be a part of it,” Westra said in a phone interview from Appleton, WI.

Because the show is taking place virtually this year, Higoanna said many of the underclassmen won’t get the full experience as they would with an in-person show. He said he anticipates a challenge for next year’s crew as many of the people who will be working on the event are freshmen and sophomores who have not experienced a production week.

Duch Clerici said he anticipates a knowledge discrepancy for them as a result.

“The good thing is as we’ve seen this year with alumni coming back, next year, recent alumni, juniors, and seniors I’m sure would be more than happy to come back and help the freshman and sophomores plug that knowledge gap that came about [because of] the pandemic,” Duch Clerici said.

Because production week couldn’t happen as normal, Higaonna said he hasn’t seen the show and is excited to view the final product.

“Usually we would go into rehearsal, we would see what the entire show is going to play out to be like before the show even happens,” Higaonna said. “This year, I don’t think a lot of people actually saw the virtual version of what the EVVYs is going to be like so I’m going into the EVVYs not knowing what’s going to happen or what I’m going to see, so honestly I’m excited to see the show itself.”

Duch Clerici, Bradford, Graham, and Westra said they are proud that they were able to pull off a virtual show and are excited for people to see it.

“In the midst of a global pandemic, with everyone being sent home, with us being just students that have absolutely no hard resources… the fact that we were actually able to pull this off and make something we’re proud of and make something that I think people will enjoy watching is our greatest accomplishment,” Duch Clerici said.