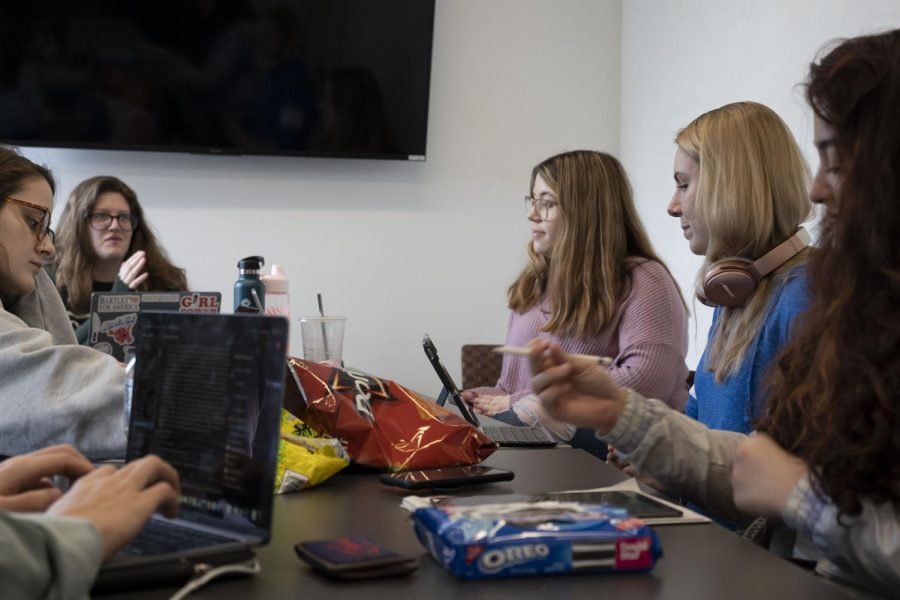 The Financial Advisory Board voted at their weekly meeting Thursday to appoint two new voting members and delayed a vote on a $2,900 appeal request from Sigma Pi Theta after Sigma failed to provide specific financial quotes in some aspects of their request.

Sigma requested additional funds from FAB for their Herstory formal at the end of March.

“Sigma Pi Theta has dedicated the month of March to empowering femininity in all forms through HerStory,” a statement from their website read. “There is a formal at the end of the month for everyone to come to see all the work done as well as celebrate HerStory for one final event.”

Executive Treasurer Abigail Semple said after the meeting that FAB didn’t vote because of a lack of financial quotes from Sigma.

“We needed additional information from the student organization before we felt comfortable moving forward with their appeal request,” she said.

Sigma is the second student group to not have their initial appeal voted on in three weeks, after Hip Hop Society’s appeal was delayed for the same reason. Executive Vice President Melissa Bordelon said during the meeting that FAB has some work to do in terms of communication.

“This is definitely part of a bigger conversation of like who’s attending treasury trainings and the kind of support that organizations who don’t attend treasury trainings, or who are new, [get]” she said. “Obviously there’s a disconnect happening somewhere—something’s just not flowing correctly.”

Semple, in an interview after the meeting, disagreed, saying the only issue is a lack of training.

“This is the first time in recent history where Sigma has appealed and the first time ever Hip Hop Society went through the process and it’s a learning curve for sure, but they both learned,” she said.