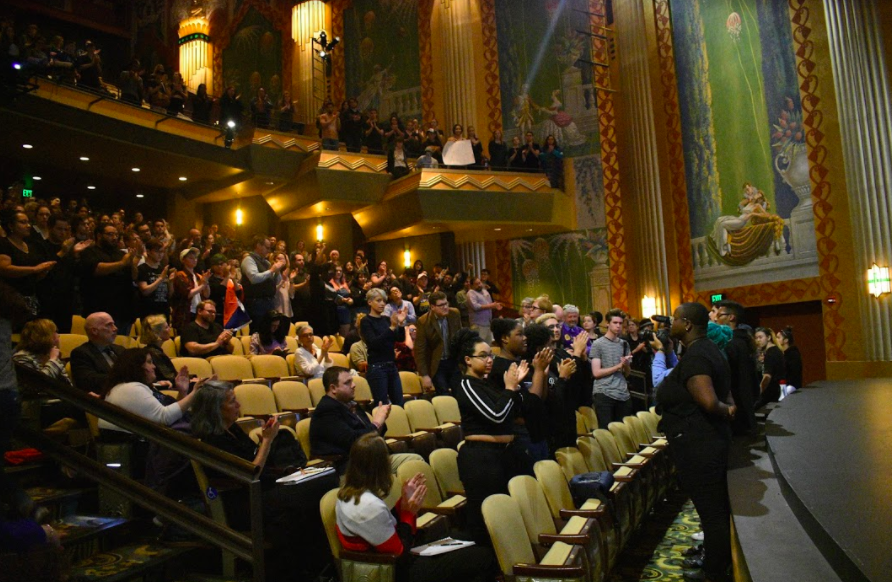 By Katherine Burns and Mark Gartsbeyn

The chair of Emerson’s faculty assembly wrote in an email Monday afternoon that students and the Ad-Hoc Committee on Cultural Competency falsely accused faculty of discrimination. He compared their actions to McCarthyism and called for “less witch-hunting” and “more fact-finding,” advocating for an independent investigation into incidents of bias at the college.

Anthony Lowrie, an associate professor in the department of marketing communication, wrote the memo in response to the #ThisIsEmerson student walkout last week.

Lowrie wrote that student accusations of faculty bias lacked evidence and suggested that claims may be fabricated, stating that “some vulnerable students [may have been] encouraged to exaggerate and in fact there [may be] no factual basis for any of these complaints.” Lowrie also suggested that the administration did not respond appropriately to student accounts of discrimination.

Lowrie addressed protest leaders Lucie Pereira and Lissa Deonarain by name in the memo. He wrote that he supports their efforts and encouraged students to pursue legal action against those who did not face repercussions for their behavior. Lowrie suggested that if legal costs were too expensive, students should “bunch together” under a class action lawsuit.

He also encouraged faculty to seek legal counsel in the case of false accusations and “abuse,” writing that faculty were “humiliated—a form of discrimination—by hundreds of menacing students and [the administration] made no effort to stop what was happening.”

The protest last week followed a similar walkout in April 2015, which arose from frustration with microaggressions and incidents of bias in and outside the classroom. Students who led the protest called for cultural competency training for professors and encouraged students to take courses focused on alternative perspectives.

#ThisIsEmerson raised similar concerns that had not been addressed since 2015. Students created a petition outlining specific demands like mandatory cultural competency curriculums for students and new scholarships for students of color. The students presented their demands at the monthly faculty assembly.

The Beacon obtained the memo Monday afternoon. The text is reproduced below.