Farewell column: An ode to the student paper that made me love journalism 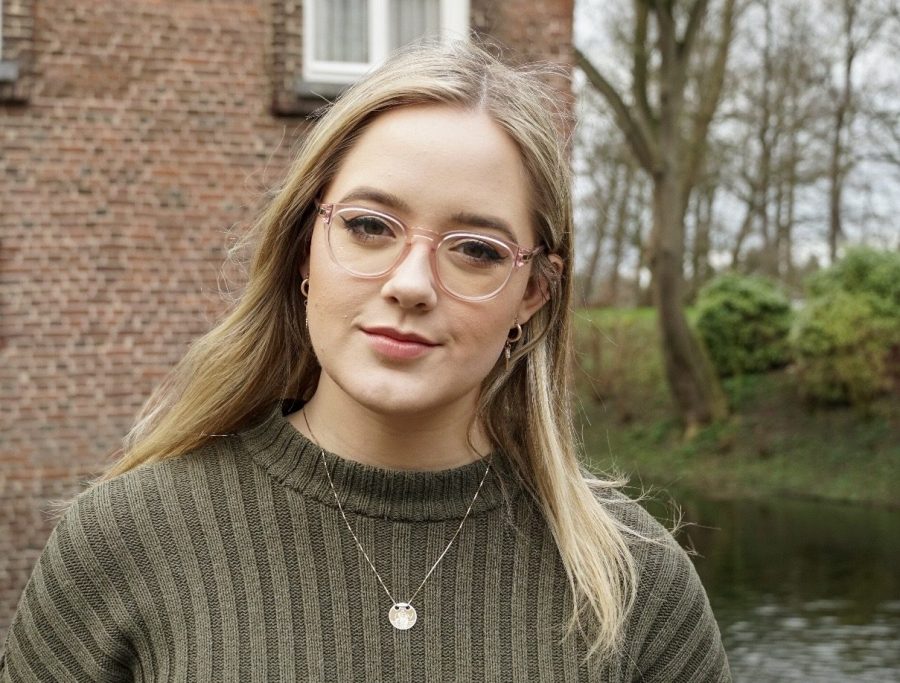 I remember my first Monday Beacon meeting like it was yesterday. Dozens of students bustled around the Bill Bordy Theater in the Fall of 2018, chatting with one another about news around the world and Emerson’s campus. Some typed away on their laptops, editing stories or photos for the website. Others discussed the latest print edition with The Beacon’s faculty advisor, listening dutifully to his praise and critiques.

From that moment on, I knew I was in the right place.

To its staff, The Beacon wasn’t just a silly student newspaper they made for the hell of it. They treated it as a real, professional news source for the Emerson and Greater Boston community, and The Beacon’s content benefitted as a result. And better yet, The Beacon’s student staff had complete control over what was published—with only a faculty advisor giving critique after the paper was published, but held no editorial control.

Being the starry-eyed freshman I was, I viewed The Beacon as a genuine, uncensored voice of the student body, and I desperately wanted to play a role in that. I wrote stories for multiple sections and I was hired as an assistant lifestyle editor all by the end of my first semester. I was over-the-moon at the idea of spending every Wednesday night in a bustling newsroom rushing to hit the print deadline, and once the spring semester started, somehow my expectations were surpassed.

I loved the crowded chatter of the newsroom, the spirited discussions about topics like the state of the college or the future of journalism, and the chaos of the print deadline looming above it all. I was pushed to write stories that challenged me, and as a result, I wrote some of my favorite stories to-date. Most of my cherished Beacon memories reside in those formative days, when we were all jammed together into the newsroom that formerly resided in the (often sweaty) Piano Row basement.

In Fall of 2019, I rose to the position of deputy lifestyle editor, and by the end of that semester I was accepted into the Kasteel Well program for Spring 2020. I was beyond excited to study abroad, but sad to have to resign my position as an editor and spend a semester away from reporting.

I sat on this thought for some time, until I realized no students were reporting for The Beacon from Kasteel Well.

I spoke to my Editor-in-chief at the time, who gave me his go ahead, and I teamed up with fellow staffer Lara Hill to become co-section editors of the Kasteel Well vertical. Upon arriving at the castle, roadblocks were quick to pop up; like the six-hour time zone difference and the lack of hard news coming out of Kasteel Well in general. The castle is a relatively small study abroad program that rarely has newsworthy occurrences on its campus—that is, until the novel coronavirus quickly began spreading around Europe, and would soon snowball into the first pandemic of the 21st century.

On the same day, Lara and I published our first article under the Kasteel Well vertical, administrators informed castle students that the mandatory spring break excursion to Milan was canceled due to rising coronavirus cases in Italy. A week later, we were informed that all castle students would be sent back to Boston halfway through the semester due to continuously rising cases across Europe.

Without The Beacon, there would’ve been no student-run news source about what was happening at the castle—and what would later happen on the Boston campus when COVID-19 soon came to the U.S. In writing and reporting those stories at the castle, Lara and I got to write the first draft of history for the Great Castle Exodus of Spring 2020, and ensure the Emerson community had access to accurate information about the castle departure.

Aside from this, The Beacon gave me a productive distraction when I needed it most. I truly don’t know how else I would have coped with the stress of being kicked out of The Netherlands weeks early, knowing it was only a matter of time before the same fate befell the U.S.

I returned to Boston in Fall 2020 after what felt like eons spent indoors and away from crowds. In the first week of that semester, The Beacon saw a mass resignation of more than a dozen staffers following the publication of a living arts story that centered white voices in the discussion of #BlackLivesMatter and perpetuated a white savior narrative.

As former staffers came forward and shared times they were discriminated against at The Beacon, I began to recognize The Beacon I’d come to love less and less. I was distraught to think that while I felt accepted at The Beacon, others felt silenced and squandered—and that I played a role in that by not caring to notice sooner. It forced me to reevaluate everything I knew about journalism, and the role my whiteness plays in it; certainly one of the most valuable lessons I’ve learned at The Beacon.

Even after we removed the story, published a correction in its place, and began the work to repair institutional inequities, people continued to put pressure on remaining Beacon staffers to stop publishing altogether. Suddenly I was faced with a choice—to stay and repair what was left of The Beacon, or to leave for good. The ashamed part of me considered leaving, wondering if perhaps I wasn’t cut out for this industry after all. Yet a more hopeful part of me thought, “Should 70+ years of Beacon history end here?”

I stayed, taking on the role of living arts section editor, and tried to hold my section together by its teeth. It was a struggle every week just to find enough stories to print in the paper, but quickly, new and talented writers began to emerge. Meanwhile, the Editor-in-chief of the time, Diti Kohli, worked endlessly to try to repair internal issues within our organization. Soon we were stumbling back to some sense of normal operations, but the semester was rapidly ending, and Diti was poised to step down from her role.

Another staffer approached me to ask that I run to be the next Editor-in-chief under the newly implemented election system, and I obliged. I half-expected not to win at all, but by some miracle, I did. Then would ensue my busiest, most stressful, and most rewarding semester of college to-date. It was absolute madness, editing articles every day, watching the sunrise every Thursday morning after hitting the print deadline, and continuing to respond to the controversies stemming from the fall.

I held The Beacon in such a special place in my heart for all it had taught me, but suddenly holding the key leadership role, I was constantly afraid of making mistakes, failing to hold The Beacon properly accountable, or otherwise letting down my peers. Truthfully, I wish I’d rolled with the punches a bit more, because now after four years of college, I’ve come to fully understand that failing is a crucial step in learning.

I whole-heartedly believe that there is not a journalist on the planet who has not made a mistake, gotten a fact wrong, or whose work has not suffered as a result of personal bias. We all must learn how to report fairly and factually if we wish to stay afloat in this industry, and that means failing at times. The Beacon offers students interested in journalism a unique space to learn, and yes, fail. When else will students get the chance to practice journalism without the fear of being fired for their mistakes and losing their income—or without having to answer to corporate overlords driven by monetary gain?

As a result, The Beacon makes frequent errors, but perhaps this is by design. From these errors come moments of clarity, as the world’s most important lessons must be learned the hard way. I know I would not be the journalist I am today if it were not for the mistakes—and of course, triumphs—I made at The Beacon.

So here I am, after editing hundreds of Beacon stories and spending countless sleepless nights in the newsroom spread over eight semesters, bidding one last goodbye to the student paper that made me the journalist I am today.

I write all of this with such sentimentality because for a moment in Fall 2020, I wasn’t sure The Beacon would continue to exist. As I look upon a newsroom full of intelligent, young student journalists, it upsets me to think they almost didn’t have this space to grow.

More than anything, I’m excited for them, and the many future Beacon staffers to come. The Beacon propelled me to write for my home state paper, Delaware State News, then The Boston Globe, and to my future job (which I sadly cannot announce yet publicly). I am certain The Beacon will lead them to similar success, and teach them innumerable lessons about what it means to be a journalist.