Farewell Column: What The Beacon taught me 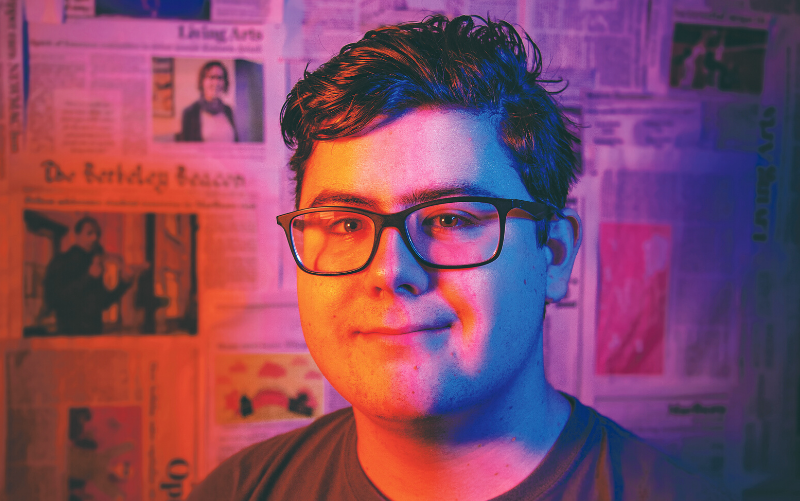 I’ll never forget the first time I had one of my articles critiqued for The Beacon. I was a first-semester freshman and had just written my first real journalistic article. It was a simple season preview for the men’s soccer team, which felt daunting at the time, but later would be something I could do blindfolded.

Our advisor at the time did not have much to say about it. But he did call out that I used the word “currently” in a sentence and told me not to because it was implied that  all news is current. That single edit has stayed with me to this day. Many on staff will surely remember me saying, “Don’t use currently, it’s implied that it’s current.”

Looking back on my time at The Beacon, this subtle moment perfectly encapsulates what this paper means to me. So many of us come into college with little to no journalistic experience—or maybe that was just me—and can often be thrown into the mess that is the art of journalism. While the journalism classes at this school have taught me a lot about this craft, I have had no greater teacher than The Berkeley Beacon—sorry Doug.

There is no better way to learn than by doing, and that’s the way it works at The Beacon. We’re all just students trying our hands at a tough job. Sometimes we’re thrown into the fire and have no choice other than to figure out. We get real world experiences and get to write stories that have real impact—take our Marlboro coverage as an example of that.

I was thrown into the fire as a freshman as I took over as the sports editor in only my second semester. I truthfully had no idea what I was doing, but I figured it out in the end.

Now as a managing editor, I get the opportunity to play a major role in the decisions of the paper I love. It’s stressful because, as I will readily admit, sometimes we don’t always make the right call. But in the end, I love doing things that have a tangible impact in the future. This summer, I redesigned our print edition on a late night in my room with music blaring and a bottle of wine. When I finally got to see how it came out on paper, it filled me with immense joy because I got to see the impact I have played out in real time.

I’m grateful for my time at The Beacon because it gave me opportunities to write stories about the two things I love the most: sports and music. But overall, I’m grateful for the family it gave me. My greatest fear when going to college was that I wouldn’t find a group of people I’d truly fit in with, and I couldn’t have been more wrong. The Beacon gave me a great group of friends, people who share my passion for writing and journalism. I’ll treasure the memories of the great times spent in the two newsrooms we had, cracking jokes and blasting music. Frankly, I don’t know where I would be without The Beacon in my life—other than getting much more sleep on Wednesday nights.

Although it is time for me to move on, I leave this paper in good hands and am excited to see what is yet to come.

Just don’t change my new design too quickly though