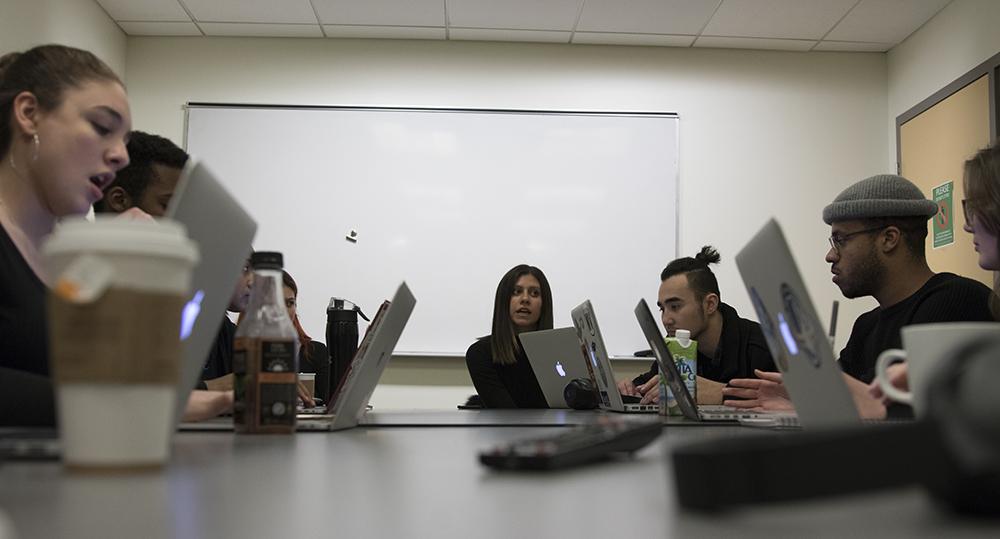 After celebrities wore black at the 2018 Golden Globes and Oscars in solidarity with Time’s Up!—a movement seeking to eliminate sexism and sexual harassment in the workplace—Emerson Fashion Society is asking students to do the same.

On March 15, EFS wants students to dress in all back to raise awareness of the same issues on campus.

Freshman Kaitlin Panay, secretary of EFS, said fashion can make the solidarity of a political movement visible to the public.

Panay said the solution for internalized misogyny starts with the students.

“It’s your responsibility to be aware of every action you make,” said Panay. “You shouldn’t be relying on campus policy to fix it.”

President of EFS Nia Evans, said the main aim of the protest is to change the culture of sexism amongst students.

“This is a catalyst movement to show that people want change on the campus,” Evans said.

Evans said she hopes the demonstration may result in college-wide policy changes. She said that while Emerson Violence and Protection Response offers advice regarding sexual harassment cases, it does not directly help in legal processes, but can refer students to outside services.

“I know that people don’t feel comfortable going to the school about these situations,” Evans said. “VPR can only go so far [with legal procedures].”

The Beacon reported that a student filed a lawsuit against the college in 2014 for mishandling a sexual assault case. Administrators said the student who committed assault was not responsible at first, but then changed its decision and expelled him.

McCafferty said she believes the message could benefit students by encouraging conversations among victims who want to educate others about their experience.

“The main thing is always conversation,” McCafferty said. “There still needs to be a place for that discussion without it coming into question whether or not that experience is [sexual assault].”

Time’s Up! also aims to shed light on the inequality faced in the entertainment industry, where men receive the majority of coveted positions, such as directors or producers. Panay said the same mindset of male entitlement is evident at Emerson.

“I feel like in film classes, there is this underlying idea that like the guys in the class already have more power,” she said. “Their ideas are given more weight at our school.”

Panay said Emerson students should be invested in the movement, since a majority of them are entering careers similar to the celebrities facing abuse.

“It’s really important for us, in particular, as the future of the entertainment industry, to get into this mindset of how this is something we need to address,” Panay said.