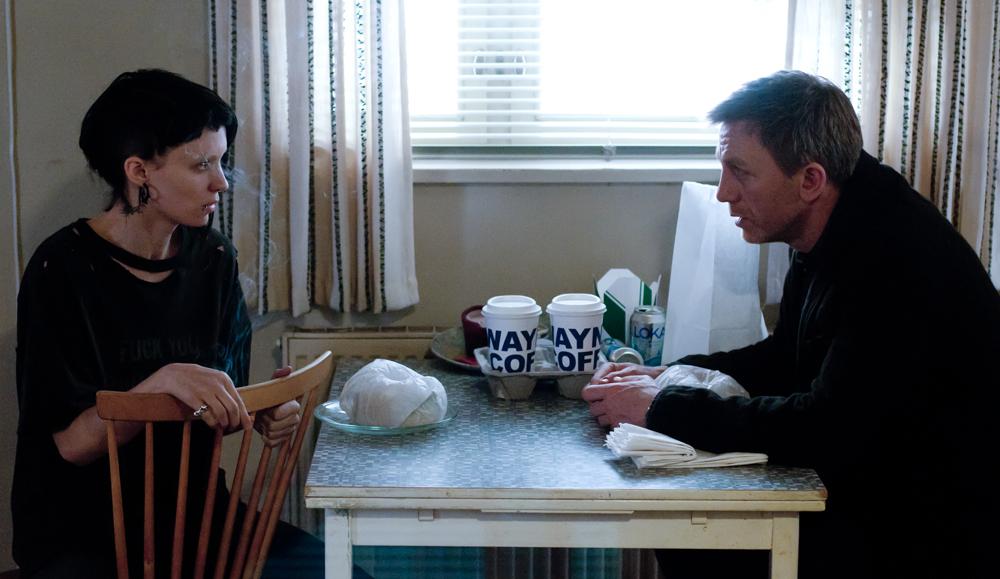 I enjoyed David Fincher’s adaptation of Girl with the Dragon Tattoo as much as the next person — despite its twenty near-consecutive minutes of sodomy and rape — which is to say, a whole lot.

The action was as quick-paced as the script was quick-witted. Those costume designers have ensured that I’ll be buying nothing but Lisbeth Salander-esque black leather jackets for the rest of my life, and I’m personally offended that Trent Reznor and Atticus Ross didn’t get a Social Network follow-up Oscar nom for the killer soundtrack. Yeah, Dragon Tattoo was that good.

In fact, I feel confident in saying that the only moment I felt negatively thrown by the movie was right around the time when hacker and pseudo-orphan Lisbeth (Rooney Mara) stripped naked in front of her journalist partner Mikael Blomkvist (Daniel Craig) and proceeded to have sex with him. I felt about as confused as Craig had the decency to look when Mara first disrobed.

Anyone who’s ever come within a 500-foot radius of me knows that I’m a foaming-at-the-mouth romantic with a finely tuned sexual tension radar. So usually if there’s a hook up about to happen in a movie, book, or TV show, I can call it from well over a mile away. But Mikael and Lisbeth’s “relationship,” if you could even call it that, came at me like a lead-pipe-wielding meth addict in a back alley — essentially out of nowhere.

They hadn’t even shared enough screen time at that point in the movie to warrant aggressively sexual eye contact, let alone share a bed. And their strange attachment to one another limped along throughout the film, barely even a subplot until its admittedly heart-wrenching end. At which point I wondered why the writers had even seen it fit to include the romance at all, beyond the fact that it was in the book.

Admittedly, I haven’t read the source material. It’s on my to-do list, but so is a whole lot of young adult fiction, and my priorities most certainly lie with the latter. But I do know how thick it is, and I can understand how a book pushing 600 pulpy pages can justify, even make me believe, that Dragon Tattoo’s two main characters might develop a relationship, sexual or otherwise.

But you can only do so much with a two-and-a-half hour movie, even if your name is David Fincher. Sometimes an executive decision to cut certain subplots needs to be made, and Mikael and Lisbeth’s affair should’ve been the first thing to go. If you want an audience to believe in a relationship, you need to give it the proper time to develop instead of treating it like the shriveled, atrophied limb of an otherwise impressive story.

Dan Brown’s Angels & Demons had a similar battle in its adaptation, but made the right call at the end of the day: partners in symbology Robert Langton and Vittoria Vetra developed a stirring romance within the book’s pages, but screenwriters David Koepp and Akiva Goldsman were wise enough to edit it out of their script. Because really, who can be expected to take down the Illuminati and develop a functioning relationship within the confines of a two hour time span?

This problem, of course, is not limited to romantic relationships. Comic fanatics were out for blood when Zach Snyder’s adaptation of Watchmen hit the silver screen, decrying the decision to slice a few (of many) major plot points from the comic for the final script.

And for good reason; did anyone besides die-hard Alan Moore disciples really want to sit through 12 issues worth of his literary machinations? The film has since been referred to as a theatrical abortion by fanboys and girls, and yet still maintains a certified fresh rating on Rotten Tomatoes. As both a comic lover and an average movie-goer, allow me to say this once and for all: put away the flamethrowers and shut up, nerds. Watchmen was a solid adaptation that did what was necessary to translate the best parts of the comic to theaters.

When you’re adapting a lengthy book into a film, the harsh reality is that you just can’t include everything. Better to choose your battles and have a stronger finished product than leave your audience with a handful of loose ends in a failed attempt to make everything fit. So either pull a Harry Potter and the Deathly Hallows and make a couple movies or be discerning with your plots and subplots, because locking your audience in a theater for 10 straight hours to tell the whole story is usually considered torture.