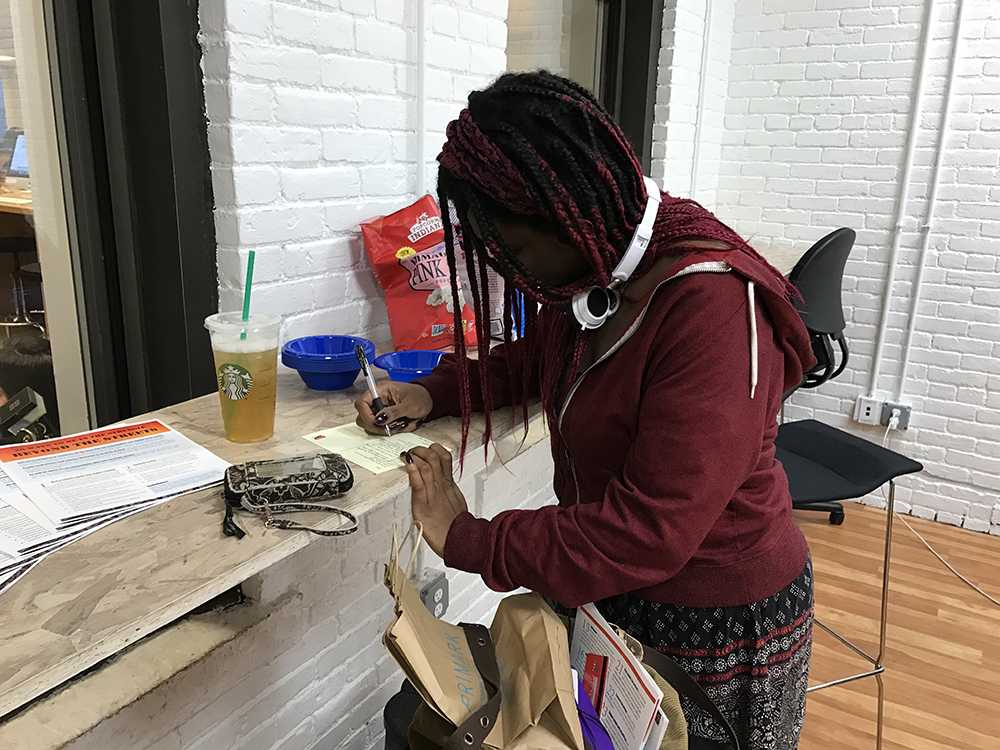 Last week, a variety of students filled the Iwasaki Library’s CoLab. This wasn’t a quiet study session. Instead, these students were intent on making their voices heard.

Tables were set up around the room’s edge, each manned by either a resident assistant or a member of Emerson Peace and Social Justice (EPSJ). In front of them, postcards were neatly organized into stacks. These postcards didn’t have scenic views or cheesy one-liners. They weren’t meant as a friendly greeting from a faraway place. These postcards were designed for resistance.

Letters of Resistance, an event spearheaded by junior writing, literature and publishing major Katja Vujić, was the title of the event. The event’s goal was to enable Emerson students to become more active and vocal about causes they believed in by sending postcards to those in a position to create change, like local and national politicians. Each station was dedicated to a different cause, like Affordable Care Act or equal rights for those with disabilities. Every station was manned by a student armed with information on how others could get in contact with their local representatives to help lobby for their cause.

“I think many people at Emerson are scared right now,” Vujić said. “I want anyone who wants to take action to be able to.”

Vujić came up with the idea in January in conjunction with her friend Chala Tshitundu, another resident assistant and the president of Emerson’s Black Organization with Natural Interests (EBONI). The event was sponsored by The Office of Housing and Residential Life, EPSJ, EBONI, and Intercultural Student Affairs.

Alice Lynch, a sophomore visual and media arts major, was in charge of the station on disability rights. Lynch is a resident assistant in Piano Row who saw the event as an opportunity to become more politically involved herself.

“This was really good opportunity to get involved. It also taught me a lot,” Lynch said.

The event lasted for five hours last Thursday evening, with interested students slowly trickling in throughout. A rotating group of resident assistants, EPSJ members, and EBONI members took charge of the various stations throughout the event.

The overall attendance wasn’t as high as Vujić hoped it would be. She attributed this to the unseasonably warm weather outside and the fact that the event had been rescheduled. Even still, enough students showed up so that Vujić had a solid stack of postcards by the end.

“I think we’re in a place where everyone needs to be more active,” Vujić said. “The Emerson community cares a lot about different issues and that’s a great starting point.”