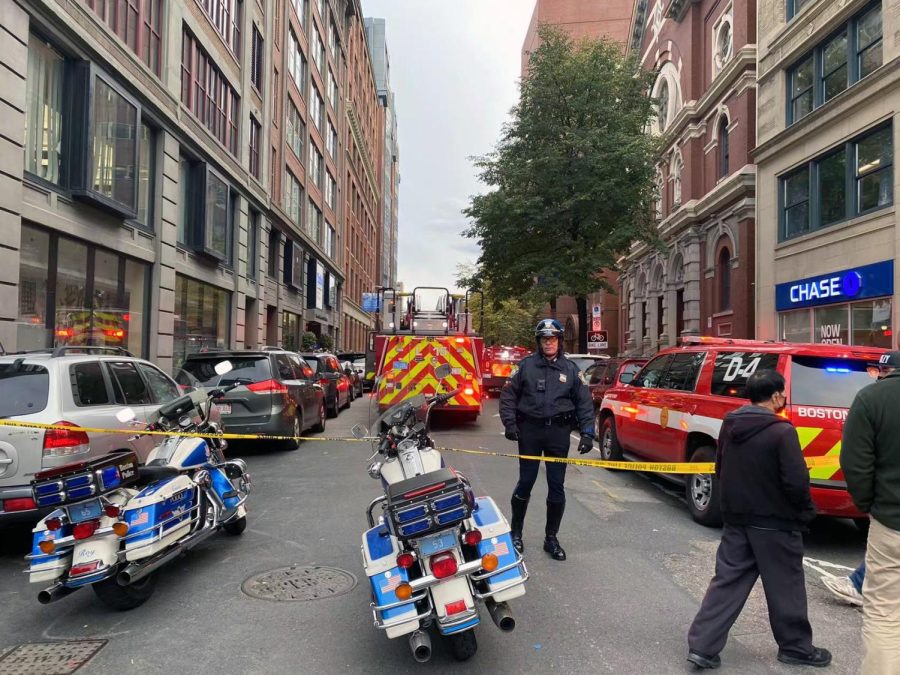 The police and fire department closed down Harrison Ave. yesterday.

By Camilo Fonseca and Frankie Rowley

Emerson’s testing center was forced to close for the second time in as many days due to a fire alarm at 116 Harrison Avenue on Wednesday morning.

Boston firefighters arrived at the scene at 8:35 a.m. and evacuated the building, which is part of Tufts Medical Center. The building was cleared by 8:58 a.m. and the testing center returned to normal operation, according to an email from Emerson’s “COVID Lead” and Associate Vice President for Campus Life Erik Muurisepp.

Testing compliance has been adjusted for those needing a test and unable to receive open due to the unforeseen closures of the building yesterday and today, Muurisepp said.

The situation comes less than a day after the complex was shut down by a potential hazmat situation yesterday afternoon, brought on by a fire in a walk-in refrigerator at 136 Harrison Ave. The fire caused a mysterious haze to fill the seventh floor of the building, which serves as the Tufts School of Medicine’s biomedical research center. Hazmat officials later determined the building’s air quality to be safe, though the cause of the fire is still unknown.