Fire breaks out in high rise under construction on Stuart Street 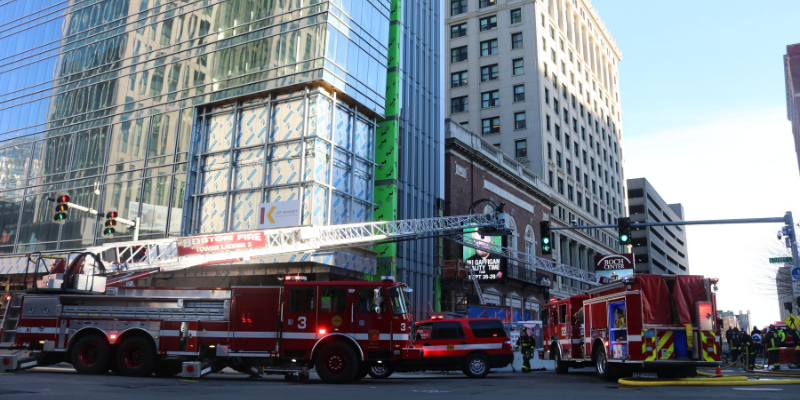 The Boston Fire Department extinguished a two-alarm fire that broke out in a 24-story high rise under construction next to the Wilbur Theatre at the corner of Stuart and Tremont Streets. No injuries were reported.

The fire only affected construction materials on the outside of the building and the BFD estimates damages at $250,000. BFD was notified at approximately 5:20 p.m.

The cause of the fire is still under investigation.

The fire was contain to the exterior construction materials. There were no injuries to report. The FIU on scene to determine the cause of the fire. The damages are estimated at 250,000 pic.twitter.com/9e2mFKcyqB

A report a building fire at a 24 story high rise building under construction.This is now a second alarm . The fire came in at approximately 5:20 pic.twitter.com/asjcTSk4cx