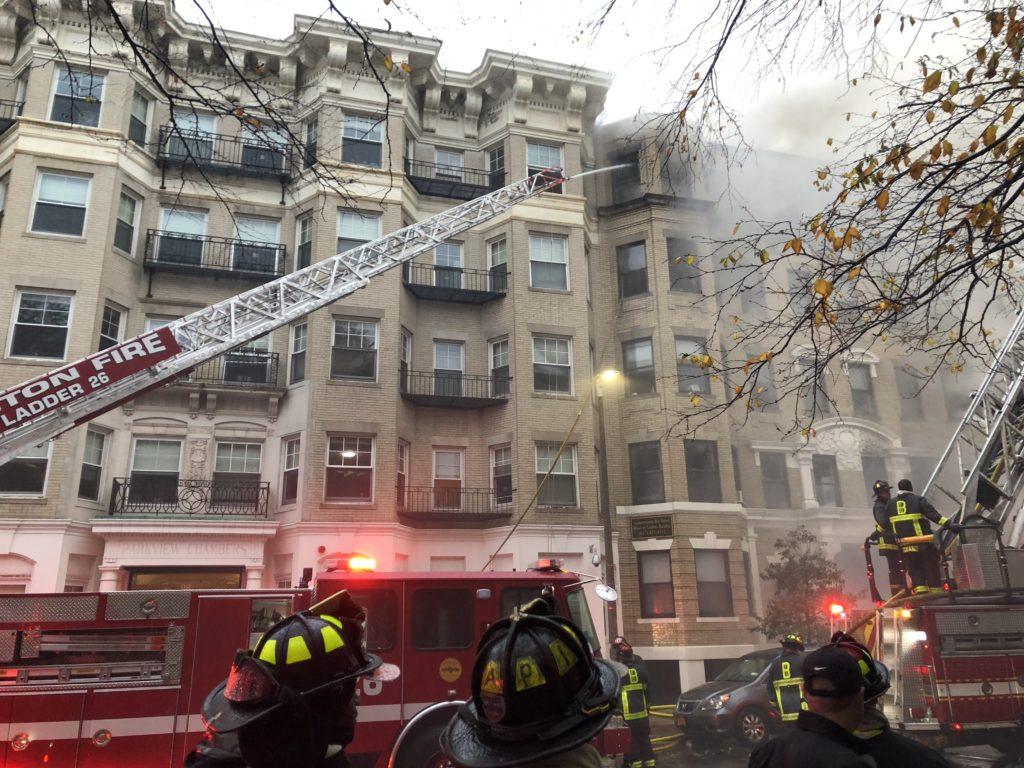 Update Oct. 30: The college provided housing free of charge to the two off-campus students affected by the fire at 104 Hemenway St.

Two off-campus Emerson students will receive temporary housing after a seven-alarm fire broke out across a row of residences near the Hemenway residence hall on Saturday afternoon.

Associate Dean for Campus Life Erik Muurisepp said the two students were not injured and will be housed at 12 Hemenway residence hall in the meantime.

“I think they are more concerned about their stuff,” Muurisepp said.

The fire broke out on the second floor of 104 Hemenway St. The two Emerson students resided in the adjacent building at 108 Hemenway St, which sustained smoke and water damages to the upper floors. The fire injured four firefighters and seven civilians, according to Boston Fire Department Spokesman Marc Sanders.

The incident displaced 114 residents from Northeastern University, Berklee College of Music, Simmons College, and Emerson College, according to Sanders.

“I think it’s pretty scary for a lot of people here, even people that have kids around here,” Mayor Martin J. Walsh said.

Berklee College of Music sophomore Alici Sol pulled the fire alarm in her neighboring dorm at 108 Hemenway St. after she opened the window and smoke billowed in.

“It was way worse than I ever could have expected,” Sol said.

Nelson Rivera, a resident affected by the blaze, said he was at the Museum of Fine Arts when he heard about the fire. After rushing to the scene, Rivera said he arrived to see firefighters opening his apartment window.

“It sucks, but insurance is a thing. I’m gonna have to use it,” Rivera said.

Chris Van Buskirk contributed to the reporting of this article.