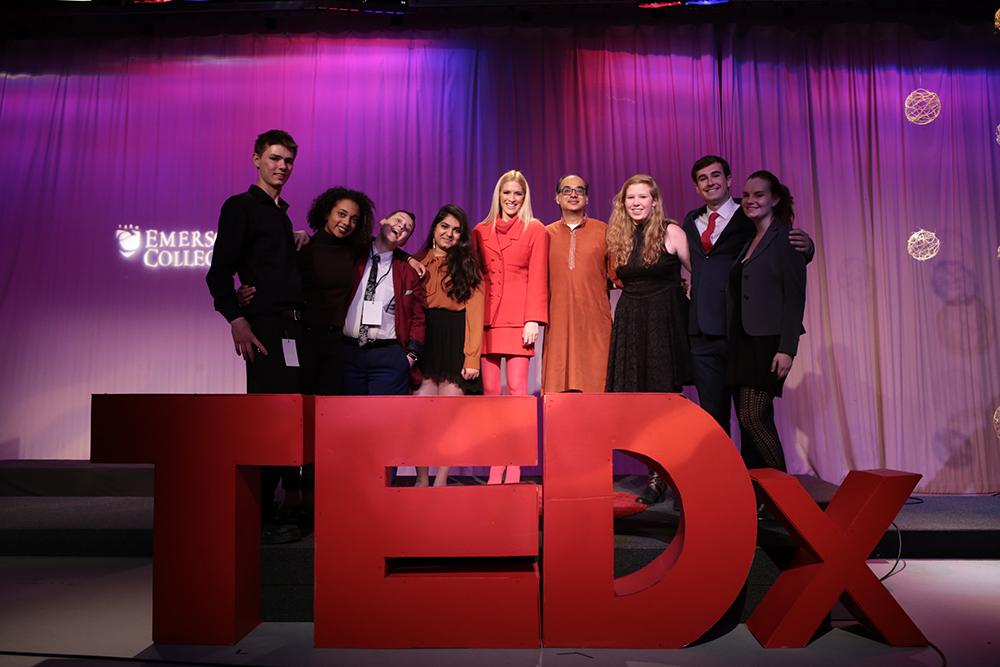 Members of the Emerson community were de-coding transphobia, advocating for ergonomic education, and giving a voice to black visibility last weekend at TEDxEmersonCollege.

Nuper Amin, a freshman communication studies major, talked about why ergonomic education should be used in classrooms. She described going to school in both India and America, and how the experience led her to research successful teaching methods. Her talk focused on her passion for education, and how much children can learn when lessons are crafted for their abilities.

Amin said in an interview that giving a TED talk has been a longtime goal.

“Emerson was always a place I wanted to be but now it’s going to be that place where I achieved my life goal to be on TED,” Amin said.

Alexandria Ellison, a junior political communication major, conducted her speech in spoken word poetry. She discussed her fear of not being looked for if she disappeared because she is a black woman. She described how people of color don’t get searched for as much as white Americans in missing persons cases.

John Pooley, a junior visual and media arts major and a former Beacon staff videographer, said in an interview that Ellison stood out to him as a great communicator. Pooley was the event’s executive technical producer.

“She not only had a great message to share, but she encoded it in a way where the audience really felt it through her poem,” Pooley said.

Sam Amore, a junior journalism major and Beacon correspondent, talked about how to create a safe space for transgender people within a college campus. They focused on how pronouns are connected to a person’s identity.

Sonia Tita Puopolo, an Emerson alumna and author of Sonia’s Ring: 11 Ways to Heal Your Heart, gave a talk about her mother’s death in American Airlines Flight 11 on Sept. 11, 2001. She described how she was able to heal after her tragedy and how she used her healing methods to write her book.

Sunil Swaroop, a performing arts professor, spoke about how trans people were marginalized throughout history. He used this community’s past treatment to understand current gender taboos and beliefs.

Pooley said the event was an overall success, but there remains room for improvement.  The organizers hoped to set up viewing parties within the residence halls so students could watch the talks and discuss them after the show, according to Pooley.

“The initial goals of the project were to curate great speakers at Emerson and bring a dialogue to Emerson,” Pooley said. “I don’t think we were able achieve our second goal in the iteration of the project.”

Pelton announced in his opening remarks that TEDxEmersonCollege will continue next year.

Correction 4/17/16: A previous version of this article misattributed a quote from John Pooley to Alexandria Ellison.