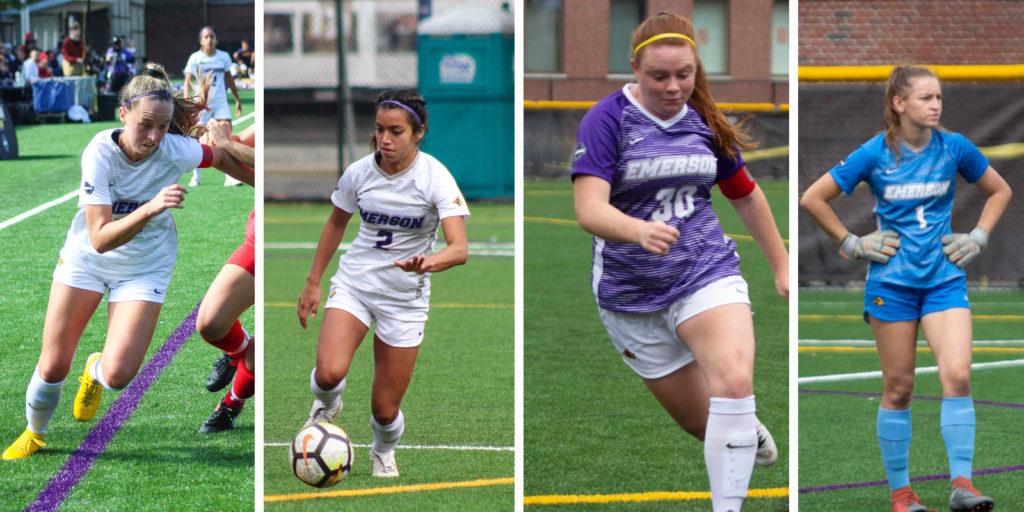 Haley, a senior captain and attacking threat, earned First Team for the Lions with six goals—two of which were game-winners. Haley also made the First Team in her sophomore season.

“It’s a really big honor that I definitely was not expecting,” Haley said.

The Lions finished their season with a semi-final playoff run and a record of 11-7-1.

“We hit most of the goals that we set in the preseason, and we even did better than we were expecting. It was a very fulfilling season, and I’m super proud of how we did,” Haley said. “I think our team is taking a big step in the right direction, and I’m excited to see more people’s names come up on that list as the years go by.”

Frost scored eight goals and had eight assists, earning her a spot in the First Team.

“For our team and the history of the school, this run was historical,” Frost said. “It was a lot of fun too. We were winning and we were also having fun. Everything came together and it was amazing.”

Benavente started in all 19 games in her sophomore season and tallied three goals and three assists as a defender—enough to earn her First Team honors.

“I was so happy and surprised,” Benavente said. “It was one of my goals going into the season to get some sort of recognition. I wanted that to prove myself in the conference.”

“It was really rewarding to receive the award as a freshman,” Rose said. “I am just excited to go up from there and get the first team next year.”

“It was really special. I think it was even more special to win it with Amanda and Jess on the first team and Meghan on the second team, as well as for Ali to get the sportsmanship award. It was a huge group effort,” Haley said.