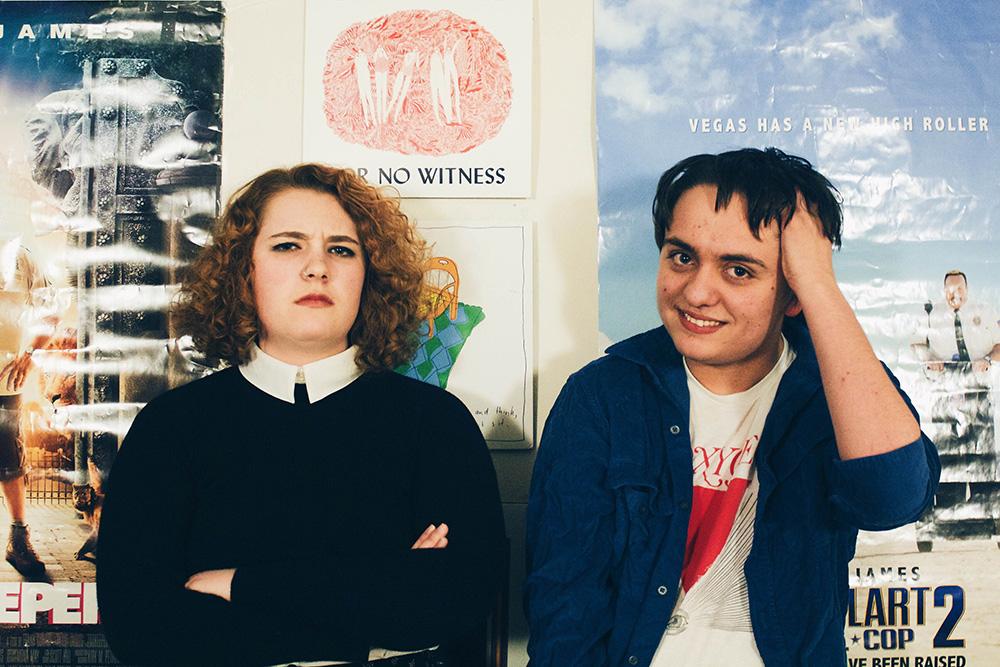 4,097,946. Make that 4,097,957. Wait, final count is 4,097,958. The number keeps ticking up every day, even though the YouTube video Mary Kate Carr, a Beacon columnist, made came out five years ago. Most of the time she said she forgets that she’s racking up millions of views online and has a page with 23,772 subscribers. That is, until she gets a notification that those numbers have grown bigger despite her hiatus.

The greatest example of selfie to star, outside the Emerson world, would be @barbienox, otherwise known as Barbie Ferreira. She’s a buxom Instagram star who started out as a new darling on the photo app. Before she signed with Wilhelmina Models, she took selfies in front of her bed at home. Now she’s the new face of Aerie’s underwear campaign.

Carr doesn’t expect to be in any underwear ads, but her most popular video, an animation cover of Ingrid Michaelson’s “You and I,” helped her get into college.

“I think finding ways to tell stories through those songs was an interesting challenge,” Carr said. “Because sometimes in a song there’s a story there and other times I would have to figure it out.”

Certain people have the knack for knowing what makes the masses tick. And it’s something very specific. Tons of Emerson students have talent but they aren’t all signing contracts with the Wu-Tang Clan or being written about in the Washington Post. The extra something seems to be an understanding for what a certain niche group wants. It’s tapping into the desire and the obsessive passions of fandoms that really rockets these students to fame.

And yes, fame in this context is being calculated in YouTube subscribers, Twitter followers, iTunes rankings, and Instagram comments. Right now, these seemingly arbitrary numbers are valuable social currency. And if you accumulate enough that the right social circles take notice, one can cash in for the real thing.

Jordan Gustafson has turned his interest in entertainment reviews into a hobby that turns profit of sometimes thousands of dollars a month. His Youtube channel was started in middle school and has since amassed 209,892 subscribers. His Twitter account has over 9,000 followers.

“It took me awhile to realize this was a legitimate thing I could utilize,” Gustafson said.

But even though he devotes an average of 30 hours a week to this job, attends hangouts at the YouTube headquarters in Boston, and has met his best friend—who has since retired from making videos—through the site, Gustafson said he likes to keep his internet notoriety on the down-low.

“For me it’s two very separate things, I just do that and I live my life,” Gustafson said. “It’s not my defining characteristic.”

The decision to keep the two disconnected is less feasible due to our plugged-in society. Others asked to be interviewed for this article declined for that very reason. But there’s a question to be entertained: Are our lives just too intertwined with technology to have the two be separate?

For Scott Isbell, a senior marketing communication major, internet fame comes as a double-edged sword. Isbell has been an aspiring pop singer for years, honing his brand and putting out singles. He signed with the Wu-Tang Clan three years ago and has opened for Ne-Yo, but fame didn’t come into reach until Donald Trump announced his candidacy last summer.

Isbell was working on a song that was supposed to be called “Funkified,” but while messing around with his guitar and simultaneously watching Trump on CNN, Isbell mused “I think I’ve been Trumpified.” And thus, he mixed and uploaded a song that has garnered almost 48 million plays on SoundCloud at presstime. But Isbell’s not singing words of praise, he said, just capitalizing on a man who loves capitalism.

“I was like, ‘If I could be the first person to put a Donald Trump song out, I think it has a shot at going viral,’” Isbell said.

And the more people talk about Trump, the more people seem to click on Isbell’s song. It’s the provocative and controversial nature of the GOP front-runner that makes him the perfect material.

“Donald Trump’s a provoker,” Isbell said. “I wasn’t focused as much on the political side of it as much as I was on what it took to make something go viral.”

Months later, Isbell was being followed around on campus by a writer at Spin Magazine and he was being friended on Facebook by hundreds of strangers. But he also had his YouTube, Twitter, and personal Facebook account hacked by Trump protesters. They threatened to release his social security number, and Isbell had to deal with that alongside death threats via SoundCloud. No matter the hassle those bristling experiences gave him, he said he wouldn’t take “Trumpified” back.

“Part of me likes any kind of reaction from it,” Isbell said. “There’s something about creating a campaign that is so controversial, it’s kinda satisfying.”

Now seems to be the prime time for political commentary. Kenzy Peach and Arden Jurskis wound up in the Boston Globe and on dozens of other news outlets after a fake marriage proposal at a Ted Cruz rally in Iowa.

Peach, who is a sophomore double-majoring in performing arts and political communication, was motivated to go ahead with the spontaneous plan in the midst of a selfie contest—the premise of which was encouraged by the professors who accompanied students on the Emerson trip.

After Cruz mentioned his wife, Peach quickly suggested the proposal to Jurskis, who immediately got on board. The two thought it was a funny stunt that would get a lot of likes on Facebook.

“We didn’t even know there were news cameras, and as soon as he gets down on his knee, they start flashing,” Peach said. “We were so excited but at the same time, okay, this is already way bigger than where we intended for it to be.”

The pair was interviewed by Brian Kilmeade, co-host of Fox and Friends, immediately following the proposal, and Jurskis asked him where he could get pictures of the moment.

Overnight, they received hundreds of friend requests and gained troves of Twitter followers. Even when news broke that the proposal wasn’t real, the story circulated. Jurskis estimates he’s been interviewed six times now about the incident.

“We were jazzed about it until the first Boston Globe piece came out,” Jurskis said. “At that point I realized it was not going to be universally thought of as funny.”

In that article, one of his peers calls Jurkis and Peach unprofessional. Conservative sites like NewsBusters wrote scathing opinions on the event. Jurskis received negative messages on Twitter as well, more frequently than Peach, because his handle matches his name.

Fame involves being exposed to both unyielding praise and unyielding scrutiny.

“I still don’t know if it’s either the best experience,” Jurskis said, “or the worst experience of my life.”