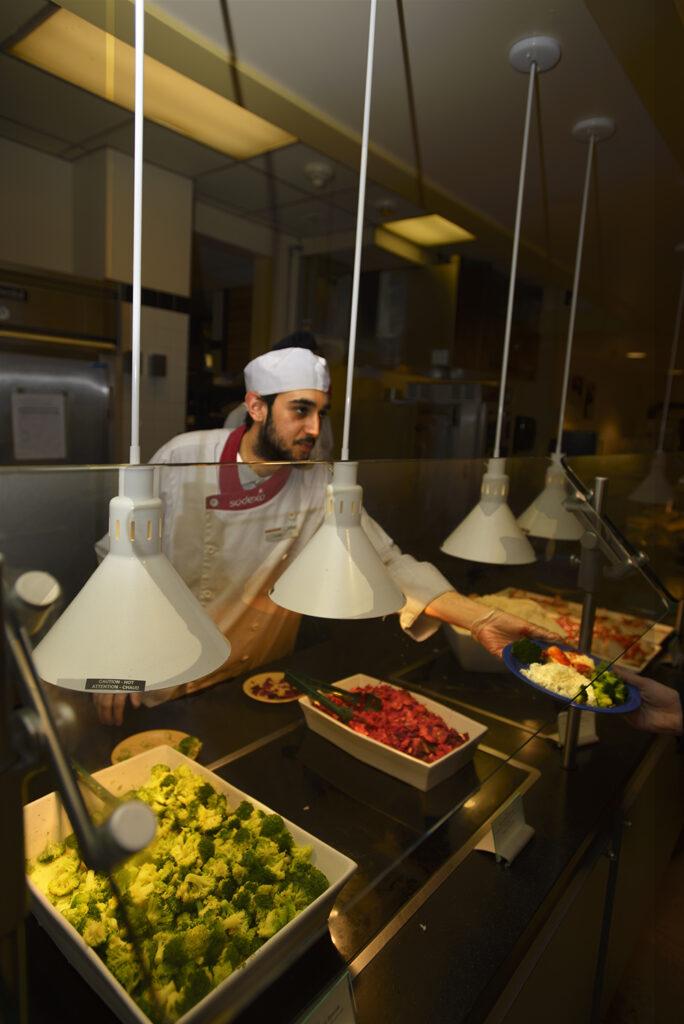 Emerson food service workers, as part of a union established last year, are bargaining for their first union contract.

The workers’ request to unionize was granted in October by Unite Here Local 26, which represents hospitality workers in Boston. A committee of eight workers have been negotiating with Steven Canario, Emerson’s general manager of dining services, on a new contract at the Unite Here offices. The second, and latest, negotiation meeting was on March 13.

Donna Papastavrou, one of the members of the workers’ negotiation committee, has worked with Emerson food services for the past six years. Papastavrou—known on campus as the baker behind Little Donna pastries—said the issues currently being deliberated with Canario include better representation for employees, fairer employee treatment practices, and increased salaries.

“We wanted a voice—we wanted the respect—to be able to go in and talk to management,” said Papastavrou, 54.

Papastavrou said she has been an active committee member since December 2013, before the union was publicly recognized by Sodexo management. She said she believes the negotiations have reached a point where the committee and management are able to cooperate.

Better health insurance and benefits for seniority are major points of the negotiations, Papastavrou said.

“People just want to know that their jobs are safe,” she said. “And they don’t feel that 100 percent until they get that signed contract.”

Some staff members, like Darren Castleberry, who works at the deli in the dining hall, said he feels the union is not as effective as is should be. Castleberry said the union is currently pushing for a pay increase in the realm of 50 cents, which he doesn’t consider enough money.

“That’s what’s on the tabIe,” said Castleberry. “I don’t think [the union] is doing enough. They’re playing tug of war.”

Castleberry said he initially supported the idea of having a union, but now sees it as a waste of his time. He said the position at the deli currently pays $11 an hour—and while he does not consider that a healthy living wage, he doesn’t see the point in fighting over what he thinks is an insubstantial raise.

Unite Here Local 26 representative Lila Goldstein, who has been coordinating with the negotiation committee in its meetings with Canario, did not respond to requests for comment.