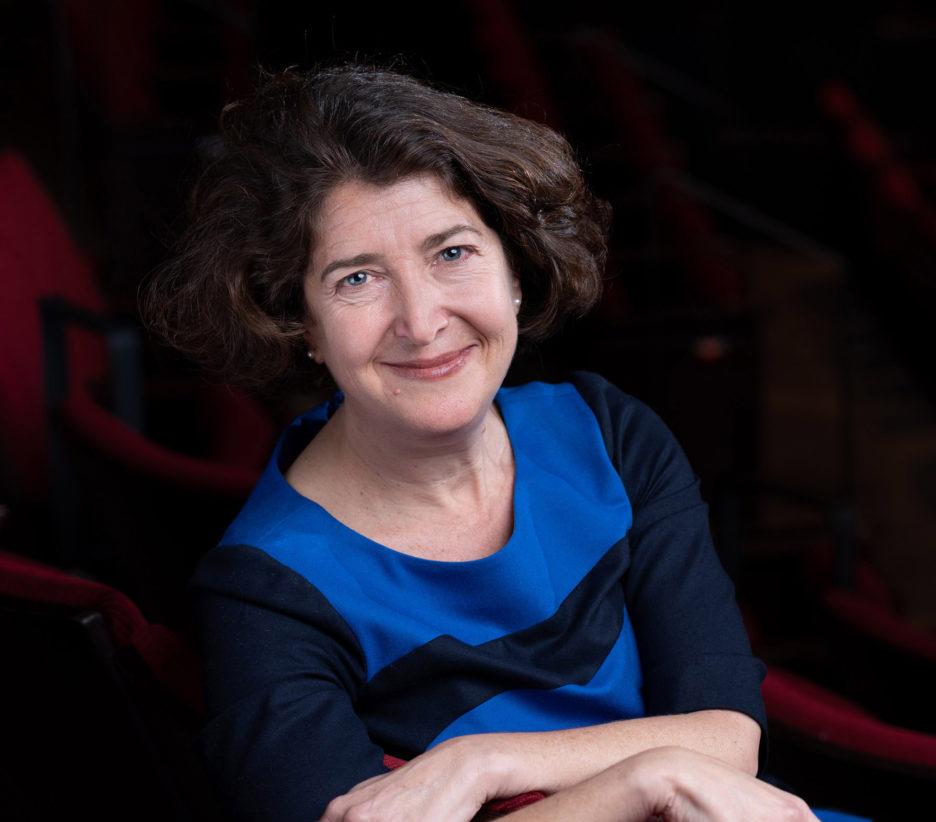 Former Department of Performing Arts Chair Melia Bensussen received an unexpected interview at Hartford Stage the day before she left for Barcelona, Spain on sabbatical.

Three months later, she flew back to the United States, and the following morning she walked in for her second interview with the Hartford Stage’s Search Committee.

The committee chose Bensussen over 84 other candidates, and the choice made history for Hartford Stage. In June, Bensussen will start as the first female artistic director in the theatre’s 55-year history.

“I first didn’t think I would get the first interview. Then I had such a good time meeting the search committee at the first interview, and we had so many interesting ideas back and forth, I thought it would be fun to get the second interview,” Bensussen said. “Then, at the second interview, it was like, ‘Oh, this feels so right, I hope it feels right for them too.’ It’s the courtship, in a way, that fueled for me my desire for the position.”

Bensussen said the artistic director oversees Hartford Stage’s creative staff and the direction of all plays. She said she will direct one or two productions a year while still directing at the Huntington Theatre Company, an award-winning Boston theater group. She said she plans to direct Yerma, which will run from May 31 to June 30 at the Huntington Theatre Company.

Within her 11 years of experience as a department chair, Bensussen directed plays for the performing arts department and taught directing classes to undergraduate and graduate students. She said she will not say goodbye to Emerson permanently, but will take a leave of absence. Bensussen said she contacted the new performing arts department chair, Robert Colby, to remain involved with the community as much as possible.

“We’re working out ways that I can continue to stay connected to the department,” Bensussen said. “I’ll be doing workshops, I’ll be giving talks, I’ll be meeting the students. I’m hoping to create some internship and mentorship opportunities for our students.”

Walter Harrison, the chair of the theater’s search committee, said Bensussen stood out from the other candidates in several ways. Harrison said they chose her because of her leadership experience at Emerson, her engaging intellect, and her background growing up in Mexico City that helped make her fluent in Spanish and gave her a greater understanding of the Latin-American culture.

“For a number of us on the committee, she had us at hello,” Harrison said. “She walked into the room for her first interview, and she was just incredibly charming, very bright, very experienced, and very energetic. She captured a lot of people in that first meeting.”

Harrison said the committee based their hiring process on Bensussen’s experience, intelligence, and her understanding of theater—not the fact that she is a woman.

For Bensussen, however, being hired as the first female director of Hartford Stage felt very satisfying and important for the theatre’s future.

“In a moment like this, I’m thinking all of the brilliant women directors who paved the way for someone like me to have this opportunity, and also the generations of great directors that have had the opportunity to teach,” Bensussen said. “I’m so grateful to be the first because it means there will be many after.”

Alex Ates ’13 met Bensussen after she heard about The Shakespearean Jazz Show, a show Ates co-created and directed for Emerson Shakespeare Society. Bensussen felt eager to become his advisor and mentor. The two remain in contact to this day.

“[Bensussen] is fitting in an amazing legacy of female leadership in what is a male-dominated industry, which for too long has been occupied by white male leaders,” Ates said. “I can’t think of anyone better to take up the mantle at Hartford Stage and to be the first female artistic director there other than [Bensussen], who not only has her vision and has these amazing leadership skills, but also understands the legacy that she is now a part of.”

Bensussen advised Ates for his senior directed study, which allows students to work closely with a faculty member on a creative project that is not available to pursue in an existing Emerson course. This study later became the focus of his research on the female pioneers of the American regional theatre movement and led him to win the 2019 Young Scholars Award. Ates attributes the award to Bensussen’s mentorship and support.

“While certainly there is some degree of loss that [Bensussen] isn’t on campus at Emerson, it is also a huge win for the Emerson community that someone who was such a huge part of developing our performing arts department, leading it, and who oversaw the theatre education of so many actors, directors, and designers, is now leading one of the biggest regional theatres in America,” Ates said.

“It’s lengthy and long, but there’s a reason for that,” Harrison said. “The artistic director is going to really be in charge of the theater, we hope, for the next five to 10 years, maybe even longer, and that’s a really important position. We wanted to make sure we got it right, and I think we did.”

Harrison said the first season of a new artistic director is usually always a mixture between the former and new, which he believes will be interesting to see, as Tresnjak and Bensussen have very different aesthetics. Hartford Stage presents seven plays each season. For the 2019-2020 season, Tresnjak already chose four, while Bensussen will choose the remaining two, leaving one for the annual A Christmas Carol to run during the holiday season.

“The thing I’m most excited about is I don’t really know,” Harrison said. “So it will be really fun to see what [Bensussen] comes up with.”