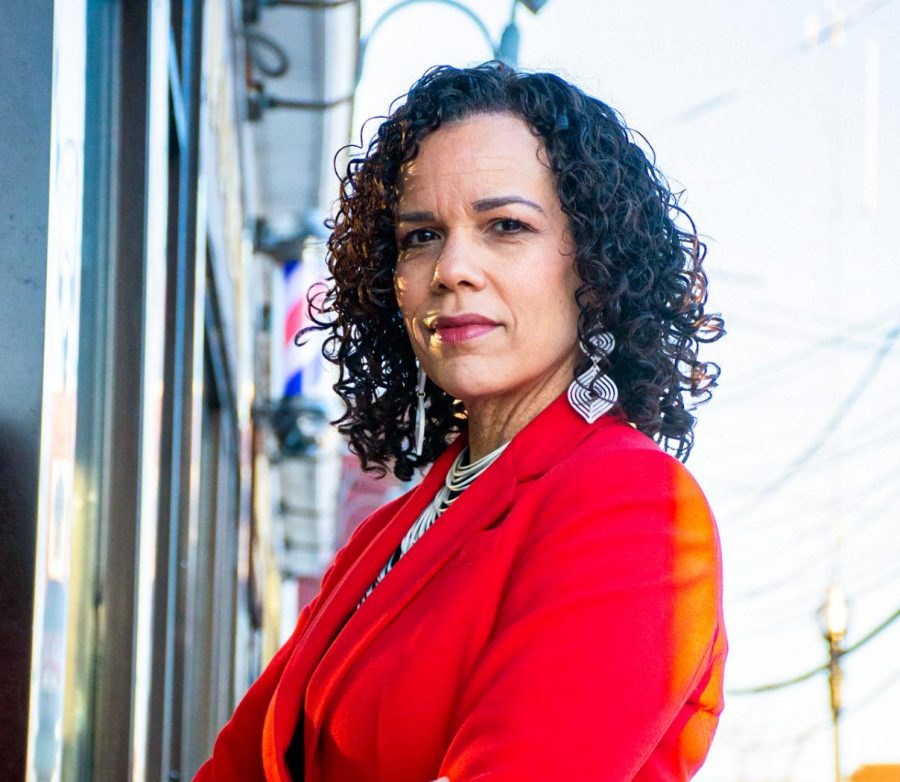 Kelly Bates has a laundry list of qualifications in her bid for the Boston City Council—not least among them her tenure as inaugural director of Emerson’s Elma Lewis Center.

Bates—who headed the college’s civic engagement center housed within the Social Justice Center from its creation in 2013 to 2015—announced her campaign for City Council on March 15. She will be one of over a dozen candidates contending for the four city-wide at-large seats in the Nov. 2 election.

Two of the incumbent at-large councilors, Michelle Wu and Annissa Essaibi George, have foregone re-election in order to participate in the mayoral race, which will also be held Nov. 2.

“Boston, the city I love, is in a crisis,” Bates said in an interview with The Beacon. “My background is as a crisis management leader.”

Before she headed up the Elma Lewis Center, which promotes marginalized narratives, Bates served as executive director of the Access Strategies Fund, promoting voting rights and civic engagement for marginalized communities in Massachusetts. She left Emerson in 2015 to take up her current role as president of the Interaction Institute for Social Change.

For Bates, her experience working towards social equity has shaped her approach to social justice issues on the campaign trail.

“Whatever decisions we make, we have to look at them through a number of lenses,” Bates said. “How do we help people economically with whatever we’re doing? How do our decisions affect the future of our climate? How do we make sure every decision is through the lens of equity? There are other criteria that are important, but [those are] crucial.”

Like most other candidates in the race, recovery from the COVID-19 pandemic is a central plank of Bates’ platform. Through a program of “very targeted” low-interest loans and grants from the city’s credit union, as well as reform to the building permitting process, Bates envisions a revival for Boston’s small business scene.

“They’re going to need economic support, especially our small businesses, our restaurants and our arts organizations—oh my God, the arts have just been devastated,” she said. “We need to figure out what they need and how to provide those resources.”

For Bates, the path forward from the pandemic—economic, social, and psychological—is necessarily tied to social justice, pointing to inequities in the state’s health outcomes and vaccination rollout.

“It’s visible how much of a public health issue [racism] is,” she said. “Black communities, Latino communities, people with disabilities are more likely to die from COVID, more likely to have really difficult outcomes. It’s literally a life-or-death issue people of color are facing at this time.”

“We really need to think about how to invest in communities that have been impacted by violence, by racism,” she said. “COVID has really worsened some deep, underlying issues people have, or it’s created new ones.”

By promoting community-wide programs and youth leadership initiatives, Bates said she hopes to reverse the worrisome effects of income inequality. She pledged to work towards zoning reform and rent control as a means to lower spiraling housing costs in the city.

“It was already bad in Boston, and it’s only gotten worse through COVID,” Bates said. “We’re really going to have to think about how to stabilize the rents in this city. How do we continue to build pathways toward homeownership? How can we house folks who are homeless? Shelters are [not] going to be a silver bullet.”

In general, Bates said the city needed to radically reevaluate its infrastructure with the future in mind. Her goal of eliminating ridership fees to promote public transportation is in keeping with the forward-looking climate consciousness of the city’s Imagine Boston 2030 initiative.

“We can create housing that is more reliant on renewable energy sources,” she said “We can creatively use our parks and open spaces to help with the ways we work, the ways we live. We have to figure out what is the public infrastructure around transportation, around climate, around this virus—what are we building for the long term?”

Shibani Chakrabarty, Bates’ campaign manager, said Bates, who is biracial, has a breadth of lived experience that allows her to uniquely advance her platform of social justice.

“She stands for equity for women and girls—but that goes hand-in-hand with housing and economic security, with providing resources for mental health, for addiction,” Chakrabarty said. “It’s an acknowledgment of the cross-sections of class and race and gender.”

Chakrabarty, who served on the congressional campaigns of Sens. Doug Jones and Jon Ossoff—both longshot Democratic candidates who won in reliably red states—said the Bates campaign would employ similar campaign strategies as those races. In particular, Chakrabarty said her approach includes an emphasis on youth outreach.

“We’re going to be hiring a few youth fellows,” she said. “Young people have tools they can use to get their colleagues and their friends excited about the election.”

Bates’ focus on youth outreach, she said, stems from her time at the Elma Lewis Center, where she worked with students and faculty to advance the artistic voices of marginalized students.

“I know that I will be better at running because of the faculty and students that taught me things about communications just by watching how they move, how they work, what they do,” she said.