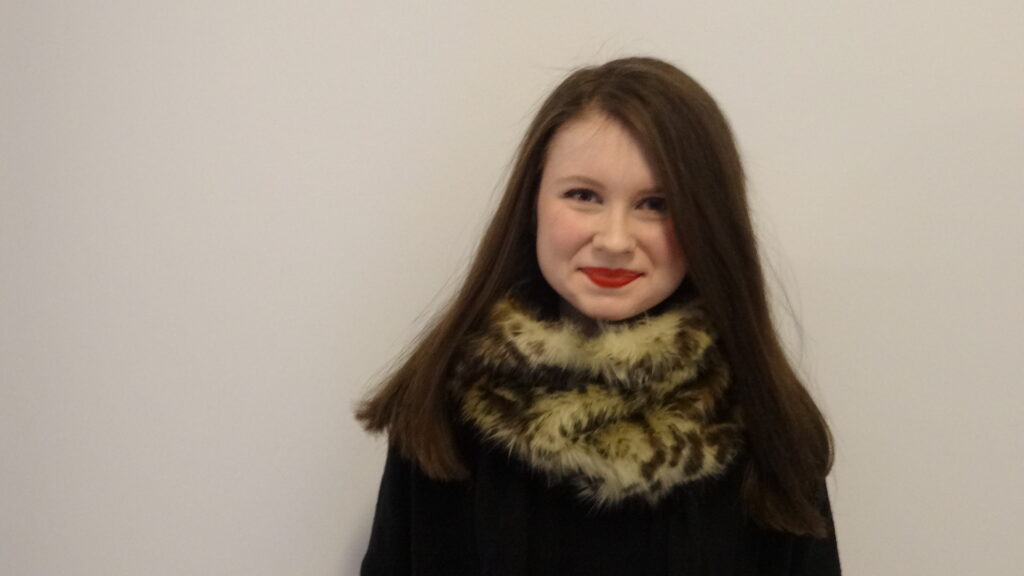 In her junior year of high school, Elizabeth Skerry was pulled aside by her male principal for violating the school’s strict and newly enforced dress code.

Skerry—nicknamed Bitsy since she was little—wore a short-sleeved top, but her backpack had pushed up the sleeves as she walked into school that morning, exposing her shoulders. Earlier that year, administrators at Timberlane Regional High School in Plainstow, New Hampshire, had banned all sleeveless tops as part of the new dress code.

“They believed that boys were being distracted by bare arms in the classroom,” said Skerry, now a freshman marketing communication major at Emerson. “Sleeveless tops were banned for everyone, but the boys didn’t get in trouble for it. It was the girls they targeted.”

After realizing her top did, in fact, have sleeves, the principal let her go with a warning, she said, and told her to expect to be pulled aside by many other teachers that day. She wasn’t—but Skerry said she still felt victimized and humiliated by her encounter that morning. Those emotions turned to anger, and finally, to action.

That night, she created a Facebook page for the students of Timberlane High School, titled The Right to Bare Arms—a campaign that would later inspire Skerry to start a blog for her daily fashion inspirations.

“I didn’t want any other girls to feel embarrassed or like they would get in trouble [with the dress code],” said Skerry. “Like the suffragettes before us, we were going to unite and fight for our right to bare arms.”

The page immediately received a positive following from the Timberlane student body, Skerry said. The administration, however, wasn’t thrilled.

“I was pulled out of my chemistry class the next day by the female assistant principal,” said Skerry. “She asked what my relationship to the campaign was, and when I said I had created it, she told me I would never get into an Ivy League college or get a job. She said that everything I posted on the Facebook page was a direct reflection to who I was as a person.”

Brian O’Connell, a Timberlake assistant principal, was unavailable to comment.

With the support of her parents and her sister, also a student at Timberlane, Skerry refused to end the campaign. From the Facebook page emerged a petition, which was passed around lunch period to the Timberlane student body of approximately 1,400. Online and in print, it received around 300 signatures, Skerry said.

“So many girls told me they were grateful I was standing up for what I believed in, because they were too scared to,” Skerry said.

Meghan O’Neil, who was a junior at Timberlane Regional High School when the campaign was launched, said that the dress code was an annoyance.

“It was prohibiting me from wearing comfortable clothes to school during the warmer months,” she wrote to the Beacon. “I wanted to be able to focus on learning rather than how hot I was.”

A few months later, Skerry presented her campaign to the school board and the superintendent, with a science-fair-like poster board that displayed photos of influential women, like Michelle Obama and Audrey Hepburn, wearing sleeveless dresses. After the presentation, while the school board deliberated the dress code policy, Skerry’s campaign began to garner major attention with features in The Boston Globe and a radio spot on Mix 104.1 in Boston.

Many students attended the presentation to support Skerry, including O’Neil, who said that Skerry’s efforts to stand up to the dress code was the first time that the administration had seen any student challenge.

“I didn’t want her to stand alone in her campaign,” wrote O’Neil.

Skerry’s presentation and the support it received from the student body, the school board created a Student Voice committee, which Skerry became involved with. Another committee focused on revising the dress code was then born out of that.

“There weren’t any set goals of the Student Voice and Dress Code committees,” said Skerry. “They were just a place for conversation and student input.”

But few students joined the committees—which Skerry said she was surprised her, given how many supported the petition and Facebook page—and many of those who did attend the meetings were in opposition of Skerry’s campaign. Skerry, who was a member of both, attributed this to students being afraid of retribution from the Timberlane administration.

“They saw how the administration was not in favor of my campaign and didn’t want to get a negative reputation,” she said.

By the end of Skerry’s junior year in 2013, the Dress Code Committee pulled together a petition to amend the dress code to allow sleeveless attire, but nothing came of it. But in 2014, after Skerry had graduated, the changes were approved.

“It’s so exciting to know [the committee] continued fighting for the campaign after I left,” said Skerry.

As a high school junior, Skerry said the campaign was a way for her to stand up for her beliefs in equal rights and freedom of expression.

“I think I’ve always considered myself a feminist, but the Right to Bare Arms campaign definitely heightened many of the things I already believed,” she said. “I learned how strong I really am. Being the leader of a movement isn’t easy.”

At Emerson, Skerry said she is happy to focus on the something she truly loves: expressing herself through the clothes she wears.

Launched in 2012, Skerry’s personal style blog, Bits Of Style, features weekly fashion and beauty posts, outfit inspirations, and snippets from her life. She has also been listed by Teen Vogue as a “Blogger to Watch.”

“I wanted my own space for writing, fashion, and photography,” she said. “I think [blogging] is a fabulous thing. I’m always telling people to do it.”

Skerry also works as a contributor to the fashion and lifestyle magazine Lucky and writes for the blog Her Campus. With 300 followers on the platform Blogger, Bits of Style is an outlet for fashion-conscious Skerry to share what she loves. Eventually, she said, she hopes to break into the fashion industry, possibly with a marketing career.

“I love how clothes can make you feel,” she said. “It’s empowering.”